I’m back from a long weekend’s break staying on the south eastern corner of Sardegna, close to Cagliari. And of course I couldn’t 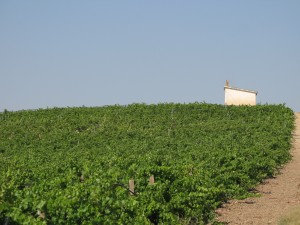 resist following up a couple of (wine) leads: one a large producer, the other not so large…

Sealed with the Treaty of London, Sardegna’s annexation to the Duchy of Savoia back in 1760 makes the island a natural enough destination for ‘we’ Piedmontesi, although I’m not sure quite what they ‘brought to the table’… There was no sign of any ‘agnolotti’, carne cruda or even Nebbiolo (it’s rumoured that the Cantina Sociale di Gallura may have some).

No, what the ‘Sardi’ appear to have inherited from the northern ‘cousins’ is an inborn wariness of newcomers – but then so might you be if over 3000 years you’d been invaded by 12 different peoples, starting with the Phoenicians and concluding with the Italians, each a viticultural know-it-all, each bringing ‘their’ grape variety. Hence why there are now twenty different grapes listed on the small isle alone.

If they like you there’s a good chance you’ll be taken out to eat, that or they’ll kidnap you and hold you ransom. This happened to icon rock god Fabrizio de André in 1979, who evidently enjoyed the experience so much that once his captors had released him (for a ‘song’), he bought a place on the island (or perhaps it was the other way round). Anyway, he wrote a new album of songs on the back of it! He was more than likely well fed as the Sardi certainly have very good taste. Maialino (spit roast suckling pig) is the island’s speciality, along with a variety of fish (my favourite the red mullet/triglia), fabulous pecorino in various forms of stagionatura (maturation), and of course everyone loves the ‘pane carasao’, a flat version of Piedmont’s grissini!

But what of the wines you ask? I can’t say I covered off all twenty varieties, but I did pretty well: of the whites, limey Vermentino (di Gallura) and lemony Nasco showed rich singular personalities, as did (Nebbiolo-esque) Cannonau and the dark briary Carignano for the reds. More on the fringes were Nuragus (Trebbiano esque), Monica (unfortunate name for a grape producing a so-so 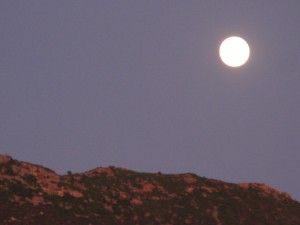 The industry appears still to be dominated by large estates such as Argiolas and Sella and Mosca, along with the multitude of cooperatives who up until quite recently sold their red and white wines across Europe as blending material. More recently the landscape has changed as during the ’80s EU contributions steered producers away from quantity towards quality, grubbing up a third of the vineyards in the process.

The large producer I visited owns 65 hectares just north of Cagliari producing 550,000 bottles and is still family owned. That said, they have a consultant winemaker who oversees all 13 labels, ensuring they’ve got all varietal bases covered. They reckon that these days on the island it’s difficult to make viticulture pay if your estate is less than 20 hectares.

The not-so large producer I saw next, once I’d overcome his (natural) suspicion, has 5.5 hectares; he and his wife have (other) day jobs. He’s lucky to have vines in good sites, on marne, sandy and schist soils, but most of his production is still sold off in bulk as he’s yet to find the market. He makes a deliciously pure and perfumed Bianco (Nasco and Vermentino) and a hot arid Rosso (Carignano, Cannonau, and Monica), both from his own organically grown fruit, both on the briny side as a result of the sea winds that batter the island constantly, coating the berries with a film of salt (delicious with the pig). Out of a potential 20,000 bottles he makes only 5,500 (and some exquisite olive oil from his trees near Oristano).

5 Responses to “(Tasting) notes from a small isle, Sardegna…”