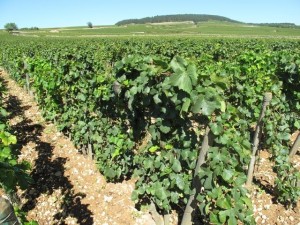 A moderately severe winter, though without the deep freeze of the previous year, ended early and a fine spring was ushered in from the middle of March. The wind patterns were unusual, blowing mainly from the north (the benchmark wind on Palm Sunday), cool and dry, or veering right round to the south, warm and dry. Normally a south wind then swings to the south-west and brings rain, but not this year.

Two previous vintages were in everybody’s mind: 2007 began with an equally precocious spring including an exceptionally glorious April, calmed a little bit in May and declined noticeably thereafter. 1976 was a year of severe drought and considerable heat. In both cases the vintage began in August. (Note 2003 was quite different, the season being marked by prolonged and exceptional heat spikes in late June and the first half of August). 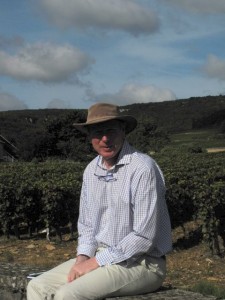 The first flowers were seen as early as May 10th, almost exactly the same as in 2007, and properly looked after vineyards were bursting with health – those which had never been ploughed looked much stragglier. There was a long term fear for the build up of drought problems however, especially if the season was to develop along 1976 lines. However, as in 2007, May was a little cooler than April and with a few more showers, occasionally storms. The village sages were talking of a hot and stormy summer – apparently the magpies were nesting close to the houses which they do when storms are in the offing…

Useful rain followed in early June rapidly followed by a hosepipe ban which immediately brought more rain – could this be the same deteriorating pattern as 2007? Let us hope not – it does not feel that way, and rarely do vintages repeat themselves so closely. Fingers crossed for the next two months and for a successful harvest starting at the end of August.

3 Responses to “Midsummer report from Burgundy”