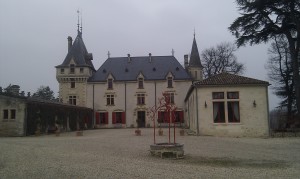 Having been in business for over 300 years, BB&R has seen many trends come and go and we have always used this knowledge to make sure that we were reactive when we needed to be, but also that we remained trendsetters, rather than followers. In the early 80s St Emilion wines were on the verge of losing their identity due to a new “garage” style, initiated by Michel Roland and Robert Parker. It was a concept born to revitalise the St Emilion market and make it accessible to the world, but, unfortunately, something that started as genuine commercial solution to the region’s problems quickly escalated in the destruction of an identity. Not everybody followed suit but the new image of St Emilion was one of over extracted, over oaked and powerful Merlot that rivalled with those of California or Australia. On the back of this trend BB&R significantly reduced their St Emilion portfolio to concentrate on the Crus classes of the Médoc.

Twenty years on, and we are now seeing a bit of a u-turn and as new generation are re-introducing the style of the appellation by using new technology and financial input to achieve consistency. I decided to visit three properties backing that trend. The first one was La Dominique, a 25 hectare estate sandwiched between Cheval Blanc, Conseillante and L’Evangile. Owned for quite some time by one of France’s most successful business men, this property had never received the attention it deserved until very recently. With the help of massive investments and the appointment of the right people, the estate was revived…and having tasted the last three vintages I was amazed by the progress; this wine has now become a great value St Emilion with some pedigree, one to buy and keep for 10-15 years years.

My second choice was Ch. Soutard (below, right), recently purchased by a big French insurance company – the investment 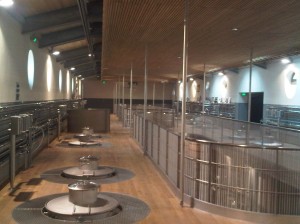 s have been so big that they could rival with those of Latour or Cos d’Estournel.  It was a style that I very much enjoy, and I think this could well be one of St Emilion’s new stars.

At the hart of the renaissance is Jean Francois Quenin, a retired business man looking for a new challenge. Fourteen years ago he set out to buy and rebuild one of the most beautiful Chateaux in St Emilion: Ch. de Pressac (at the top of this blog). Ch. de Pessac is steeped in the history of France, having being the place were the treaty to end the 100 Years War between France and England was signed. The vineyard is situated at a top of a hill with all the vines planted on terraces on its sides. The 45 hectare property is mostly worked with horses and with the replanting program is coming of age, now producing fantastic wines at a fraction of the prices of neighbours Pavie and Tertre le Rôteboeuf, across to the other side. To add to his already massive workload he has also hoping to take presidency of the St Emilion appellation, with a view to shake off its complicated systems and politics – bringing the appellation back to a place where quality will be central stage. We will be tasting the 2010 vintages from these properties and report on their quality in the next few weeks, so watch this space…