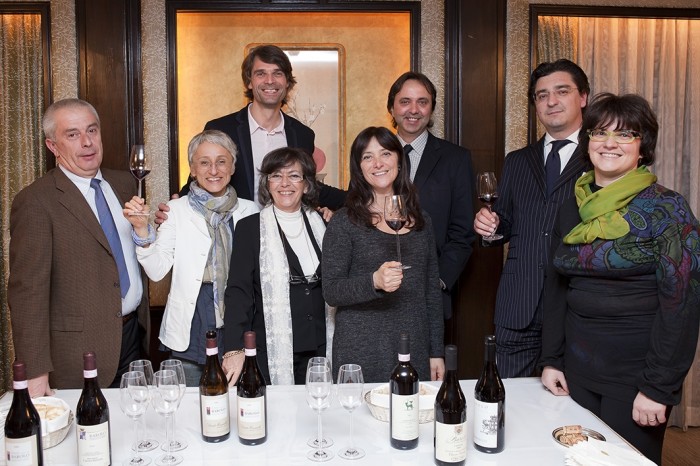 If there’s one constant in this life it is that every time I fly out from Hong Kong, I fly out an utterly broken man. I must have looked a pathetic sight as I shuffled along through passport control, bleary eyed and doing my best to keep it together after a week of impressively late nights and intense days of tastings and lunches. I’m probably not going to get much sympathy from most of you, but honestly sometimes being a wine merchant can be pretty tough… honestly!

Back in Shanghai with batteries re-charged I have a chance to reflect on what was not only a fantastic, but also very significant week.

The Italian producers week (as discussed in David Berry Green’s recent blog), was all about setting a marker down for Piedmont’s wines in Hong Kong, and judging from the feedback of the hundreds that attended various dinners and tastings, as well as the sales that have ensued, this was squarely achieved.

From a personal perspective, I’ve come away with a real buzz and excitement for the wines of Piedmont and especially for the Nebbiolo grape (Barolo, Barbaresco). I think for a lot of us over in this part of the world, especially mainland China, it can sometimes be quite easy to find ourselves adrift in an oceanic expanse of Bordeaux. So this week was just what was needed to illustrate that other fine wine regions of the world are capable of producing equally enchanting wines with their own autochthonous varieties.

During the week, we became well acquainted with Piedmont varieties ranging from Dolcetto, Arneis, Timorasso, Barbera and, of course, the grape responsible for the ‘king of wines, the wine of kings’, Nebbiolo. I was relatively familiar with the reds apart from Dolcetto – 2009 Dolcetto d’Alba, E. Pira Boschis – this is all about violets, pure crunchy red fruit, and was summed up perfectly by David Berry Green as a ‘real lunch wine’.

The whites were a different story, and I hadn’t tried them before. Firstly there was Arneis – an intriguing variety which was close to extinction but produces a very distinguished wine in the 2009 Arneis, by Cornarea – notes of tangerine, honey and a lovely salty minerality on the finish, delicious! There’s Timorasso too, a variety which was also on the verge of extinction. This produces wines reminiscent of Chablis and whites from the Loire – check out the 2008 Derthona, Colli Tortonesi, La Colombera.

Dinner on the first night held at the China Club provided a chance for the producers to get to know the BBR HK staff and test-drive their wines with the local fare, the line up was all Ferraris and Mazaratis, not a Fiat in sight; here are the lovely wines we drank that evening:

What was unexpected was how well these wines worked with the food. In my view, pairing wine – especially reds – with Chinese food can be a bit of a nightmare but these had the grace not to overpower the delicate flavours of the dishes and had a perfume which almost enhanced them.

The rest of the week was crammed with press lunches, interviews, tastings and dinners, culminating in a tasting for some 150 people on Thursday night, where a lot of the younger vintages where showcased, predominantly the 2006s for Barolo, which all appear to have great potential but will need serious time to come round. If you’re looking for a bit of immediate drinking then Davide Rosso’s Barbera d’Alba, Giovanni Rosso was a standout and for the price, a no brainer.

What resonated most with me during the week was just how much Barolo is all about patience. There is no doubt that things have moved on considerably from the Barolos of yesteryear whose  structure in youth was famously overpowering, with mouth puckering acidity and huge tannins that would leave one gasping and flailing for a beer. Nowadays, the story is very different; advances in winemaking have allowed these wines to be enjoyed much earlier in their life – although I fear many over this part of the world will fall at the first hurdle, insisting on immediate gratification. However, when it gets some bottle age, my goodness it’s good! Its intoxicating perfume draws you in and all that early immense structure softens to leave you with the perfect grip to frame unctuous fruit, dried spice, mint, tea, liquorice… the list of flavours is endless.

Not all of us are lucky enough to try really mature Barolo; its miniscule quantities are snapped up when it’s young, never to be seen again until the corks are popped by those fortunate few who were in the know early on! If you want my advice, buy young Barolo now, and as much of it as you can. Trust me, if you can hold off drinking it, 10 years down the road you’ll be patting yourself on the back and hopefully sharing a bottle with me in gratitude.

I’d like to give special mention to David Berry Green, our Italian buyer who lives in Piedmont, as well as all the producers: Giovanna Rizzolio – Cascina delle Rose, Davide Rosso – Giovanni Rosso, Chiara Boschis – E. Pira, Maria Teresa Mascarello – Cantina Mascarello Bartolo and Mario Fontana – Cascina Fontana. Thank you all so much for sharing your wines with us. Given the success of the week, I’m sure your wines will be equally at home amongst the towering skyscrapers of Hong Kong as they are in the rolling hills of Piedmont.

2 Responses to “Nebbiolo – a Chinese approach”