One year and counting 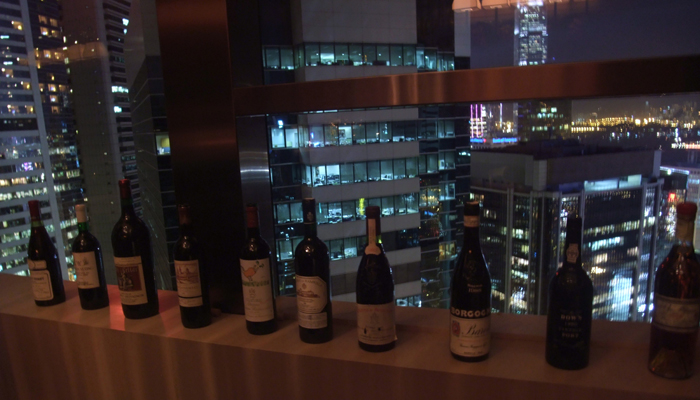 Well no sooner had I stepped off the plane, I was celebrating my one year anniversary in HK on Friday night and I am now officially NOT “fresh off the boat”!

By gee what a year it has been. Needless to say it has gone quicker than Liverpool’s title ambitions and this is by no means down to the quite incredible year we have seen in the wine trade. In truth, Hong Kong is a fairly easy place to settle in, everything as at your doorstep and there is every kind of Western amenity for the unadventurous… oh, and there is more live Premier League football on than back in Blighty! So I was settled in quick as a flash and that was a good thing.

As 2009 Bordeaux en primeur kicked off, it set the thermostat on high and the temperature just got higher and higher… mainly due to the thirst of the Asian market for the finest wines in the world. Now this was not an organic thing that just grew itself by some miracle, there were a lot of protagonists throwing in the ‘bio-grow’ – just look at the chest pumping you see every week from certain auction houses! One even has bouncers with white suits and head pieces manning the door – yes it’s bigger than the Oscars. However there are some trying to cut this thirst and interest down as quickly as possible, just look at the negative comments we read in the press so often. Then, on the whole, there are those who are taking out the weeds and pruning things correctly – looking to grow this market for the long term and make sure we treat it correctly so it can grow and flourish in the future.

I probably bang on about this subject a little, but when you are on the front line you do see everything that is happening in this incredible place. A lot has been written and said about the events and continued demand from Hong Kong and China. The demand is still there for the top wines, no doubt, but we certainly see diversity and demand for the greatest wines from anywhere. At the end of the day if you have the money and you can afford the best, there is a strong argument to say “why don’t I just drink that?”! As wine lovers we know better than that and it is the trade’s job to educate this ever-growing market so they can experience the full spectrum of wine. Education is key! Just look at the rapid growth and knowledge we see in Hong Kong nowadays, there is a plethora of great wine on the market here, and this has actually evolved very rapidly.

We have seen some crazy prices for certain wines (particularly at auction), but if the money is there, some people are willing to pay top bill. This is only a very small percentage of this potential market. Given the limited amount that some of these great wines produce and the increased demand we are seeing globally for these top wines, you don’t have to be Einstein to see what will happen. Whether the ‘Lafite bubble’ will burst in 2011 is doubtful but I think we all hope it does stop inflating at such a rate. Then there is the huge speculation as to “what is the next Lafite?” I don’t think there will be another single wine that runs clear Roger Bannister Esq but what we might see is many of the top wines shift and the market become a little more in sync. Certainly wines like Haut-Brion and Grand Puy Lacoste look like great value compared to Lafite and Lynch Bages!

But the truth is, who really knows? It is a fascinating time to be in the wine trade in Asia, seeing this burgeoning and huge interest in something we love and cherish so much. The beauty is that most consumers here are desperate to learn, and learn quickly! As I type we are in the midst of our 2009 Burgundy campaign and we are experiencing unprecedented sales, far greater than any Burgundy campaign before… and not just the Grand Crus I might add. Oh, and not a Romanée-Conti in sight. Now that is exactly what I am talking about: diversity and a healthy demand.

Right, now I have been here for 12 months I thought it was an apt time to jot down a few memories of the last 12 months:

My 30th – It sounds a bit corny but drinking a range of wines from 1980 at Café Grey overlooking the Hong Kong skyline was incredible (above, right). 1980 was not the best year but there were a few surprises!

09 EP – Never again do I need to do so many 1am finishes and 7am starts! I am not Michael Douglas in Wall Street. I hope the Bordelaise take it easy on us next year…

Restaurants – Not one in particular but the local cuisine in HK is incredible. Whether it be going for Dim Sum, a hole in the wall or Private Kitchen. This is where the best food and value is.

Hiking – Some of the best hiking in the world is at my doorstep. Well, a twenty minute cab ride!

Vin Expo – Not the actual exhibition but the event we put on for the producers, sailing round the harbour. I was A-list for a night!

Roger the Tailor – For not much more than a Marks and Sparks suit I no longer need to look like Rodney Trotter.

There it is, an incredible first year. Here’s to the year of the rabbit!