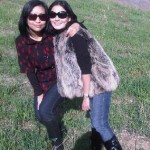 It’s been a week of contrasting approaches to wine appreciation and assessment. It kicked off with the first ever visit to Piedmont by Berrys’ Hong Kong sales team. Then there was the tasting of Barolos from the 2001 vintage, as organised by Decanter Magazine. And finally we all headed to Turin’s Stade Olympico to attend the launch of Slow Food’s new wine guide, as articulated by their fast talking Presidente Carlo Petrini.

I can’t tell how honoured and thrilled I was by the first ever visit to Piedmont of not one but eleven of the Berry Bros. & Rudd Hong Kong team; a third of the office. They were here to observe the beauty of the region, its people, food and of course to assess its wines; particularly ‘Nebbiolo’ from the fine Barbaresco cellars of Cascina delle Rose and Rivella Serafino, and from Barolo: Giovanni Rosso, E.Pira, Cascina Fontana and Cantina Mascarello Bartolo. It was also the first time somebody has ever asked me whether the wine in front of them warranted a score of 8 or 9 points. Fair question, but I didn’t see it coming. Wide-eyed and open-mouthed etc I think I burbled something like ‘Yes, definitely..errr…what do you think?’ I’ll be better prepared when I make my first visit to Hong Kong next year.

Decanter Magazine, the American owned English monthly, also came to Alba looking for ‘Points’ this week as we tasted through a range of 60 odd (no, not in that sense) Barolos from the much fancied 2001 vintage. You’ll have to wait until next January to read the results in their Italian supplement, but yes I did spot the Monprivato (hurrah!) Suffice to say that only approx. 15 to 20% of the region’s producers bothered to send in samples; a display of galling indifference in the eyes of the organiser. But perhaps not so surprising given the (in)significance of the UK market to these tiny producers; had it been the Wine Spectator, who once had their man based in Italy then the turnout might have been different. I’ve also noticed an increasing reluctance among (Piemontese) producers to sending out samples to every man, woman or beast who comes knocking. There’s been an explosion of stand-alone wine tasting events in Italy, each one desperate to secure a big name with which to lure the others! But the big names have wised up, or become weary as to what Points really mean… 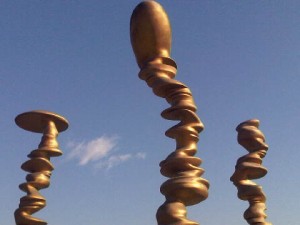 On Wednesday Slow Food, an Italian organisation championing the small guys, the artisan producers across the world, launched its new Slow Wine guide. Not only has the cover changed but the message inside is different too. It’s a (floppy) guide where everyone’s prized, they said; to be used in discovering Italy’s regions; it highlights the people, their philosophy and lists their wines, but no Points! As President Carlo Petrini reminded us from the lectern, (in the context of Slow Food’s three day food fest ‘Salone del Gusto‘ in Turin) the world has changed dramatically from 1997 (when the Slow Food movement tied the knot with the highly controversial Gambero Rosso until a recent divorce). Signor Petrini seemed to bear a certain responsibility for the overly alcoholic, ‘Tre Bicchieri’ monster wines, as he put it, churned out in the interim; wines only to be spat out on the (journalist) tasting bench. He reminded all that Slow Food was here to serve the public and not the producers; that viticulture should be judged among the greater agricultural context; that producers should thank their staff, especially the eastern Europeans. And that the producers should make wines that they like, rather than what they think will please the press. So bring on the brave new world; a world devoid of Points and Examinations!

The final examination…And finally, I caught up with one of Berrys’ customers, Andrew Cullimore, visiting the region for the first time to hear what he made of Piedmont and its wines.

More of David’s videos can be viewed on his playlist on Berrys’ YouTube channel. Latest videos include the harvest at Ravera with Ferdinando Principiano and Pier Bovone of Cornarea.