Nailed! The 2010 Piedmont harvest summary & news from elsewhere in Italia 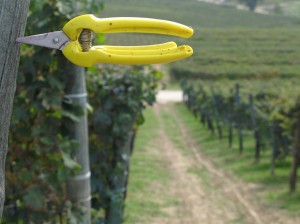 As I write, the last of the Nebbiolo is being harvested, notably by Mario Fontana (Cascina Fontana) and Davide Rosso (Giovanni Rosso). This year I struggled up the hill to talk to Ferdinando Principiano in his vertical Barolo Ravera vineyard, Luca Roagna in the gem of a Barbaresco site: Montefico, ‘newboy’ Pier Bovone at Cornarea picking his Roero Nebbiolo, Chiara Boschis – first off the blocks as ever – as she harvested Cannubi, and Maria Teresa of Cantina Mascarello Bartolo at Torriglione. I arrived 5 minutes too late to catch the Cascina delle Rose team harvesting their Tre Stelle vineyard (all five rows of it) but Italo seemed happy enough!

So here in the Langhe it’s been a nail-biting, rollercoaster vintage that got off to a stuttering start thanks to a deep extended winter, only to be battered (in parts) by May hail, a tricky flowering for the less auspicious sites, a steaming hot July but then a cool, grey and damp August. A slightly anonymous September if blessed with cool nights that inevitably led to a late-ish harvest from mid-October; the first for many a year to take place among the nebia (fog).

Early on I had sent up flares forewarning a good truffle harvest, and so it has: €25/gram for white Alba truffles I’m told, but it looks as if the grapes have fared well too. Nature played its part in reducing the yield early on (poor flowering and hail) leading to loose clean bunches with thick purply blue skins. There’s perhaps more pulp and less acid than 2009 due to the intermittent rain throughout the year; especially for those who over-green harvested (giving swollen bunches). Comparisons: 2006 and 2001 seem to be favourites (they would say that, you cry!) 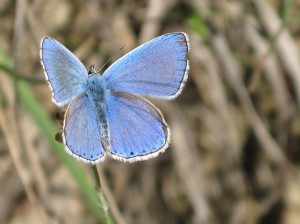 And what of elsewhere you ask? Roberto Stucchi Prinetti of Badia a Coltibuono, our new Chianti Classicio supplier, sums it up as “quantita bassa, qualita eccellente” (low quantity, high quality) characterised by a small bunch forming wet spring (which his organic viticulture withstood well), a hot July, cool August and a variable September with fresh nights (capturing Sangiovese’s fine aromatics); harvest took place over a month finishing on the 8th.

Further down the Tuscan coast on the Maremma, Lorenzo Zonin at Podere San Cristoforo, another new face on the Berrys’ list, was awoken in September not by beckoning storms but by galloping horses, startled by wild boar, he reckons. His sunny Sangiovese escaped the wet by being 10 minutes from the beach, lucky things. He likens the wines to more structured 2008, rather than to the prim 2009s. 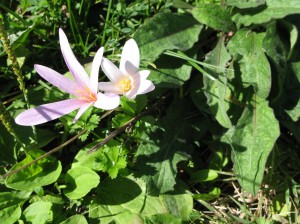 Aldo Cifola at Fattoria La Moncesca of the Marche talks of a “qualita elevatissima!” but then he’s still yet to harvest his excellent ‘Mirum’ Verdicchio di Matelica Riserva, even if the Chardonnay and Merlot’s been picked.

The news from Friuli, courtesy of Alvaro Pecorari at Lis Neris, is that summer was wetter than normal leading to more acidity and less alcohol (DBG: hurray!) among his Pinot Grigio, to give an earlier drinking style.

Next door, Marinella Camerani at Corte Sant’Alda, producer of fine Valpolicella, reports a difficult cool vintage, marked by a summer short on sun, and damp too. The wines are also looking high in acidity and low in alcohol.

I’m heading down to Campania first week of November in search of the holy grail of the south: Aglianico, so watch this space!

3 Responses to “Nailed! The 2010 Piedmont harvest summary & news from elsewhere in Italia”