It all goes back to a tasting sometime last year here in the Langhe of course, when I sniffed, slurped and spat my way through three score (and ten?) Barbareschi born of the promising 2006 vintage. I recall being held up by a flight of chewy ‘wonders’ (oh yes let’s all admire the cooper rather than the grape) before alighting upon this new name to me: Cascina delle Rose, with its refreshingly open, ethereal wines and friendly sincerity of young winemaker Davide Sobrine. So in spite of all that had been sampled that day, Cascina delle Rose’s fragrance suffused my subconscious, the trace of something special, refusing to let go ‘till I’d paid a visit to the property.

Giovanna’s story is a fascinating one: descended from Napolitana, Milanese (Como), and local Monferrato stock, her family had been mill owners and silk merchants in the region during the eighteenth and nineteenth centuries; not quite ‘minted’ but not far off. Silk here in the Langhe? Silkworms have a fondness for the leaves of the mulberry tree (‘gelso’) that once grew happily in these parts; there’s a squat old one outside the back door. Located in the Barbaresco hamlet of ‘Tre Stelle’, Cascina delle Rose was bought in 1948 as the family’s summer retreat (‘una casa d’estivo’). 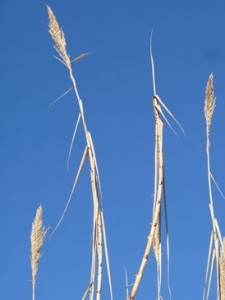 fattoria setup, complete with contadini /peasants who worked the land and sold the produce on behalf of the Rizzolio family. This ancient ‘mezzadria’ system, one of the reasons why Italian vineyards, and with that wine, failed to keep pace with their French neighbours, was in place even when the cantina was inherited by Giovanna in 1992. She immediately took a broom to the old ways, once referred to as ‘mezza-ladri’ (‘half crooks’) by a perceptive young relative, and took to her tractor, setting a new course that would realise the first bottling in 2002 and new winery in 2003. 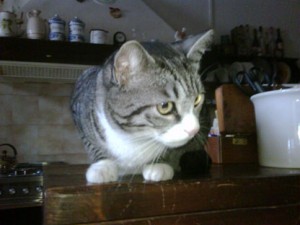 Surrounded by twenty (yes 20) cats, including the door-opening ‘Jack’ (left), as many chickens and a solitary black rabbit sitting in the kitchen, it’ll come as no surprise to learn that Giovanna Rizzolio, aided by husband Italo and his sons Davide (22) and Riccardo (17), tends her three hectares of vines as sympathetically and naturally as possible. The soils spring with life. The Barbaresco Cru/Vigna Tre Stelle on the right of the old road has a thin layer of earth over pure calcareous marne, while Cru/Vigna Rio Sordo to the left is deep-seated with more clay; stylistically, a perfect reflection of the ethereal, raspberry kirsch Tre Stelle and mulberry-rich Rio Sordo wines.

Italo and Davide share the winemaking responsibilities; 2004 was Davide’s inaugural vintage after serving a nine-year apprenticeship under Giovanna’s gaze. Oh, and he’d also attended Alba’s well thought of Scuola Enologica Umberto 1. The wines are vinified in static stainless steel, using selected yeast, before being transferred to a battery of large 10 to 30hl slavonian oak botte, where they remain, silently, for between 15 and 18 months before bottling.

I’m chuffed to bits that Berrys is working with the wines in the UK, Hong Kong and Japan.

Their label (above) says it all: a picture of harmony!