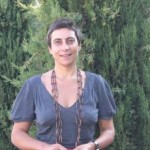 Does Castello di Ama’s owner Lorenza Sebasti Pallanti (left) really model herself on Madame Mentzelopoulos,
Ch. Margaux’s glamorous owner?  Or perhaps she just fashions her wines on the famed Bordeaux First Growth, a taste of whose 1961 back in 1989 changed her appreciation of wine forever…

But surely her family’s fine Castello di Ama property had been on the right course for years, thanks to the combined efforts of winemaker-cum-husband Marco Pallanti (below), in the hot seat since 1982 – a religious man who apparently found a brush with the biodynamic brotherhood a touch too much – and Patrick Leon, one of Bordeaux’s many consultants hired to steer Castello di Ama through its early years until the French accent proved too much for Lorenza?

Yes, that was then, Lorenza explained, during those heady days of the 1980s, when every scribe and consultant was 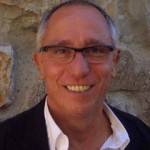 advising Tuscan estates to plant Merlot here, there and everywhere! It was a decade when opting out of the regulatory DOCG by putting ‘Vino da Tavola’ on your label was regarded as the ultimate in cool, the mark of a real ‘Super Tuscan’, just like the real ones who’d kick-started this craze: Ornellaia, Sassicaia etc. Soon everyone was out Supering (or should that be ‘Soupering’?) every other Super with their hefty this and their hefty that, ultimately out to impress ‘He-who-should-not-be-mentioned’. Funny then that the bottom should fall out of the market; the consumer at a complete loss as to where these wines came from, what magical powers they possessed and why they paid so much for them. But hey, those were the ’80s!

‘Isn’t it ironic’, my colleague and Italian expert Chris Pollington mused (in my words, not his), ‘that the very region that rocked the Italian regulatory establishment to its cotton socks with its avant-garde wines should now be languishing behind, not sure whether they should play the ‘We’re so like Bordeaux’ card or champion the ‘Sangiovese is Tuscany’s Pinot Noir’ instead.

Marco Pallanti, also President of the Chianti Classico Consorzio (representing the growers) was in no doubt as he attended the very first gathering of the three Tuscan Sangiovese DOCG Consorzi (Chianti Classico, Vino Nobile di 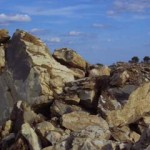 Montepulciano, and Brunello di Montalcino) recently in Zurich, commenting: ‘The world of wine seems to have lost its way over the past ten years and now is searching for the way forward. The market has been flooded with identikit wines whose roots do not lie in the soil.’ His view is that ‘it’s crucial for the Classic wines to, in essence, go back to their roots and re-assert their credentials’. He agrees with the meaning of Classic put forward by Italo Calvino, a fine contemporary author, as something which is able ‘to relegate fashion to that of only background noise’. Marco believes that ‘a Classic is something everyone thinks they understand but often, in fact, have never seen, tried or tasted’. So it was against this backdrop that the three Tuscan Consorzi presented the one region Tuscany, and the one varietal Sangiovese, in its three diverse, prestigious manifestations and unique terroirs. ‘Long Live Sangiovese!’ as he put it.

Sangiovese’s beautiful perfumed raspberry, smoky fruit certainly ‘sang’ at the Castello di Ama dinner. While their two Chianti Classici, 2005 and 2003, charmed all with their crunchy red fruit and finesse, di Ama’s single vineyard Bellavista (first released in 1978) clearly showed the class of the estate’s lofty stone-strewn soils; a brooding, tapenade 2004 with 10 years ahead of it, followed by the taut 2001 vintage, quivering with energy and tell-tale Sangiovese zip. Bellevista’s sister vineyard La Casuccia blends in a dollop of Merlot (see above) giving a fatter, grasso, more generous profile when young and a wine in its element in the case of the 1993. All matched to a menu of pan-fried gnocchi topped with cheese on a pork ragu; veal wrapped in pancetta; and a hunk of mature Sardinian Pecorino cheese to go with the older wines.

And for the next Castello di Ama event I’ve been promised the famous L’Apparita, a 100% Merlot wine…but hold on, isn’t that a ‘Super Tuscan’?