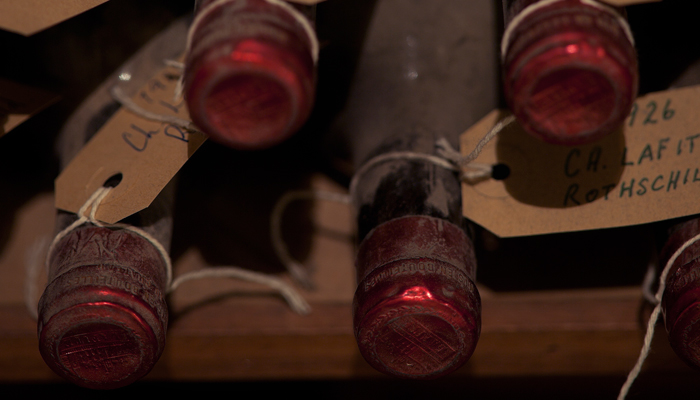 If we ever came up with a family statement to describe how we view wine at Berry Bros. I doubt it would be more poignant than Michel Chasseuil ‘s recent quote in The Times that “life’s not worth living without pleasure, and pleasure is a glass of wine with each meal”

Mr Chasseuil is the owner of what has been described as the greatest private collection in the world, including bottles of every 20th-century vintage of Château d’Yquem – even empty ones from years when the wine was not made.

Sadly, as a mere wine merchant I haven’t got the funds to procure the gems he owns in all their mature glory, but 12 years ago I started laying down wines for myself and now have around 800 cases (but if I live to be 75 I will still need another 200 cases in order to have a bottle to share with my wife every day!!). Some of the these wines will become legends over the next 10-20 years, and there is something unbelievably rewarding when you pull a cork of a wine you (or Berry Bros.) have cellared for 10 years. Not only does it taste even better (almost like home grown veg!) but you get so much more for the money you paid – on Saturday evening I opened a bottle of 1996 Lafite Rothschild (my first of 12), which I bought for £85 in 1997 but now retails for £975! After two hours in a decanter it was divine, pure nectar.

Mr Chasseuil’s collection has inspired me to dream…here is my “To Die for cellar”, which we did for a client last week from the perfect 2005 Vintage; to drink from 2015 to 2050:

One Response to “The Dream Cellar”