The Challenge of Bordeaux 2007 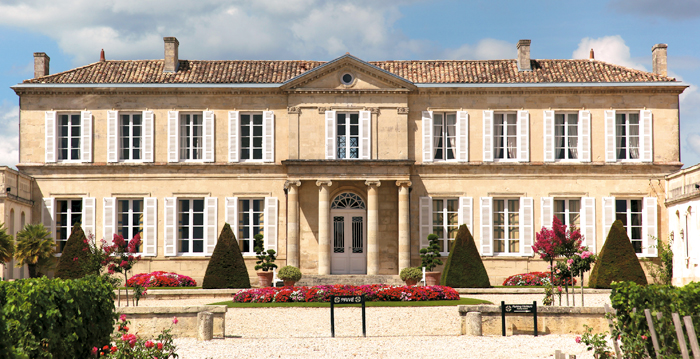 The three most important factors in this year’s Bordeaux 2007 campaign will be, in order of importance, prices, prices and prices.

Patrick Maroteau at Ch. Branaire Ducru made the point that price and quality are two separate issues. Having made a pretty exceptional wine in 2007 (17/20 BBR score) he is probably right to feel a bit aggrieved that 2007 is receiving such poor press, but there is no getting away from the fact that unless prices come down significantly there will not be many 2007 En Primeur wines that will be worth buying.

The 2007 vintage is better than many feared, for the best properties anyway, but these are soft, fruity wines for early consumption; something to enjoy while you wait for the 2005s and 2006s to mature. It is certainly not a vintage for speculation so will not be of interest to many of the wine investment customers who bought so much Bordeaux 2005.

It’s not the Bordeaux châteaux’s fault of course that the Pound is so weak against the Euro (1.25 today against 1.48 a year ago) or the dollar, nor that 2007 isn’t another 2005. But it is a huge mistake for them to think that is not their problem; it is absolutely in their interest to help restore Claret lover’s faith in Bordeaux. And at the risk of sounding like a broken record, significantly reducing the prices is the only way to do this.

Léoville-Barton’s Antony Barton  is, as ever, a voice of reason. Like Maroteau, he shakes his head at the negative reports emerging about the vintage; he readily admits that the 2007s are wines for early drinking, but firmly believes that they are nevertheless ‘good wines’. He sighs that several of his neighbours have told him that they have no intention of reducing their prices.

Doubtless they talked of emerging markets, which is a serious case of self-delusion as the ‘emerging markets’ are just not significant when it comes to En Primeur. Producers seem to be more open to price reductions than they have ever been, but with the strong Euro even a drop of 15-20% would result in wines that in the UK, US and Far East were the same price as the superior 2006s.

The spectre of the 1997 vintage hangs like a dark cloud over the campaign. For those of you too young to remember, 1997 was a year of charming, supple, fruity wines, not unlike the 2007s, that were horribly overpriced. After the successes of 1995 and 1996, and with allocations to protect in the run up to 2000, merchants bought enthusiastically and those that stayed in business, regretted it immensely.

From the other side of the pond, Robert Parker  will be publishing his views on Bordeaux 2007 at the end of April, while the Wine Spectator’s scores have already been filtering out. The fact that nothing has scored more than 93 points should certainly serve as a shot across the Bordelais bows.

Also, with today’s announcement by Robert Parker that 2005 is the finest Bordeaux he has tasted in the last 30 years (describing it as ‘out and out fantastic’), Claret lovers will need to be given a compelling reason to pick up a few cases of 2007 En Primeur as opposed to remortgaging their house and buying as much 2005 as they possibly can!

Listen to these discussions on our Bordeaux 2007 Podcasks.

PS Incidentally, I hope no one electrocuted themselves licking their computer screens following yesterday’s April Fool. Ironically, if your screen tasted slightly dusty, metallic and fruitless, then you would not actually have been far off the taste of some of the poorer quality 2007s!

One Response to “The Challenge of Bordeaux 2007”