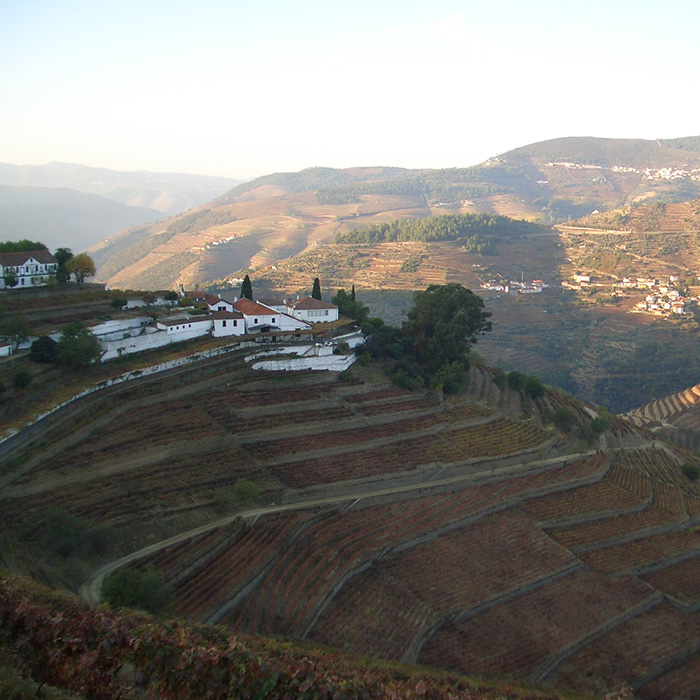 The 2016 vintage looks set to be universally declared for Port – but why? What is it about this vintage that makes it remarkable enough to make it one of the top three of the decade? Here, our Port Buyer, Catriona Felstead MW, explores the unique set of weather conditions that has culminated in such universally high praise for the 2016 fortified wines of the Douro

Given that drought is always prevalent in this exceptionally dry region, the year started well with 80 millimetres more rainfall over the winter than the average of the last 30 years. This higher rainfall is invaluable to store much-needed water in the ground to enable the vines to get through the long, dry summer months ahead.

However, despite an unusually warm start to the year, April and May were extremely cool and wet with three times the standard average rainfall for these two spring months. Intensive work in the vines was therefore critical to combat disease pressure and many of the smaller vine growers, who neither had the time nor the physical energy to undertake such work, suffered as a result. It is estimated that, overall, this has reduced the 2016 Douro yields by 25 percent; however, those producers who did put huge care into their vines over this period, certainly reaped the benefits.

A more normal June and July followed, but August was extremely hot, which slowed the development of the grapes, thus extending the growing season. The vines were under considerable stress, however two days of much-needed but very localised rain (none in the Pinhão valley, for example) on 24th and 26th August provided a vital tonic for the vineyards which were fortunate enough to experience it.

September was hotter still, with temperatures as high as 43 degrees Celsius causing drought-stress for the younger vines. The older vines, though, benefited from that additional winter rain and reacted well. Despite this, it was already clear at this stage that more time was required for the fruit to achieve physiological ripeness; those who picked in early September would risk unripe flavours and bitter tannins in the wines.

Most estates with an eye to quality started picking their most easterly vineyards from mid-September. A sprinkling of refreshing rainfall on 12th and 13th September suspended some harvests just as they were about to begin, with picking starting again in earnest from 19th September. Some estates delayed picking the all-important Touriga Nacional variety for a few days longer, as they felt it needed even more time to be perfectly ripe. Four perfect weeks of sunny days and cool nights followed with – for most producers – the harvest finally finishing in the week of 10th October.

We have yet to taste our first drop of the 2016s, but the winter rainfall and subsequent favourable vintage conditions certainly support the widely-held view that this could be a legendary Port vintage. Adrian Bridge, Managing Director of the Fladgate Partnership, has described the 2016 vintage as being all about “purity and refinement”, while Quinta do Noval has firmly stated their belief in this year by declaring it a Nacional vintage.

As a final summary, we will leave you with the words of Charles Symington who said (in the last week of the vintage) on Monday 10th October in Pinhão:

“The weather throughout the vintage has been exceptionally good and this has allowed for maturations to develop perfectly… The lagares have been giving balanced Baumés and exceptional colour and the Touriga Franca may well be the best wine of the vintage. The wines have wonderful freshness and elegance as well as structure.”