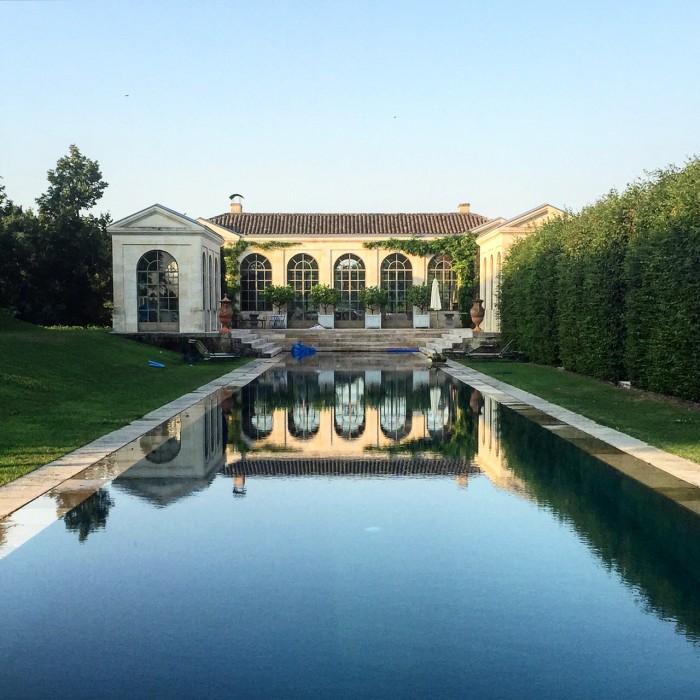 Earlier this year Simon Staples – our Sales Director in Asia – was auctioned off as part of a rather remarkable lot; he was to guide the winning bidders around Bordeaux’s finest establishments, all in aid of Room to Read.

On an unusually sticky evening in early April of this year, the auctioneer’s gavel fell and a tumultuous cheer rose from the 500-strong crowd of philanthropists packed tightly into the cavernous ballroom of the Tokyo American Club. The event was a gala dinner being thrown by Room to Read’s Tokyo Chapter, and the final lot of the evening was, well, me: more specifically, five days and four nights with me as a guide, staying in the stunning Ch. du Tertre in Margaux, touring Bordeaux’s most exclusive locations, plus an ‘opening’ lunch at No.3 St James’s Street. Before I knew it I had been sold for an eye-wateringly large amount of charitable cash. I was chuffed. I was nervous. I had to deliver.

The first step was to introduce myself to my new ‘owners’. In all the hullaballoo of the auction I hadn’t seen who was bidding for me, so I was led over by one of the Room to Read team and formally introduced to a table of 10 Japanese ladies. With my most formal bow I muttered one of the very few Japanese phrases I had been able to memorise; ‘Konbanwa, sore wa anata o mitasu tame ni meiyou ga arimasu’ (good evening, it’s a great honour to meet you): this was met by a chorus of giggles and a ripple of clapping. With the aid of an interpreter, some awful Japanese from me and a really valiant effort at English from them, I established the reason the ladies had bought me. Was it my 25 years of experience in the wine trade? My specific love and passion for Bordeaux? My wise and sage-like demeanour? Because it was for a good cause? Sadly it was none of these: fundamentally they surmised that as I am the size of a baby bison, I would likely be fun for a week.

I can’t say if I lived up to expectations, but the laughter started over the first glass of Champagne at No.3, and finished as we said goodbye over a steaming espresso almost a week later. Below is a brief outline of our trip around the region, highlighting just a few of the wines that stood out.

Day one: We arrived in time for lunch at Les Belles Perdrix de Troplong Mondot, a beautiful restaurant overlooking the vineyards and medieval village of St Emilion, followed by a tasting at Ch. Cheval Blanc, then a tasting and dinner at Ch. du Tertre and Ch. Giscours (including 2010 Caiarossa and the remarkable-value 2002 and 2014 Ch. du Tertre).

Day two: Tastings at Ch. Palmer (whose great 2014 is one of the wines of the vintage) and Ch. Latour (where the 2004 was showing particularly well) were followed by a tasting and lunch at Ch. Pontet-Canet, then dinner at Ch. Smith Haut Lafitte.

Day three: We started the day at VINIV, making two barrels of wine, followed by lunch at Ch. Lynch Bages (tasting the fabulous 2006). Tastings at Ch. Ducru-Beaucaillou and Ch. Mouton Rothschild (including their amazing 2014) followed, then a tasting and dinner at Ch. Prieuré-Lichine.

Day four: A tasting at Ch. d’Yquem (including the 2013 vintage), was followed by lunch at Ch. Haut-Bailly, a tasting at Ch. Margaux and a farewell dinner at Le Lion d’Or.

You can support Room to Read by purchasing 2013 Widely Read: the proceeds from each case sold will support five children in the charity’s Literacy Program for a year.