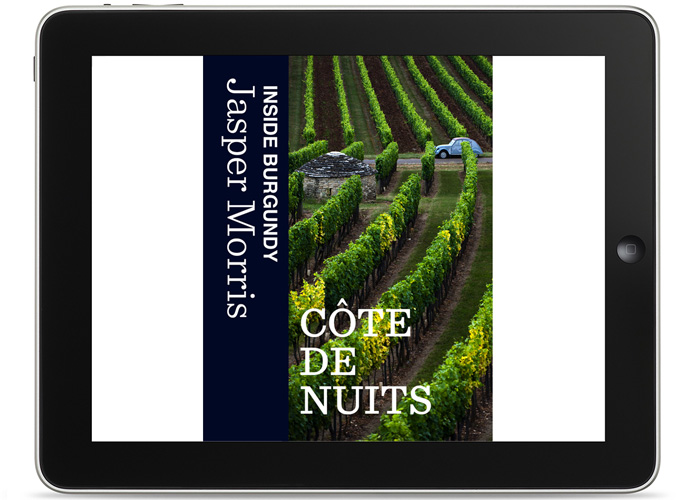 Apparently the Forth Bridge has been completely repainted and they don’t need to start again at the beginning. Work on Inside Burgundy however is never finished! We eagerly await the launch of the iPad eBook on the Côte de Nuits, to join its sibling Côte de Beaune, launched last year.

The joy of the iPad version (please note it is a book, not an app) is that you don’t have to lug around 2 kilos of hardback when you are visiting the vineyards or indeed just catching up on some Burgundy reading on the commute to work. There are also numerous added attractions – photographs from the hugely talented Michel Joly and Jon Wyand, videos in the vineyards, and some unique individual vineyard maps showing who owns which plot. The map of clos Vougeot is widely available and was in the hardback book but we have added to this Richebourg, Romanée St Vivant, Ruchottes-Chambertin, Nuits-St Georges Les St Georges and Gevrey-Chambertin Clos St Jacques. 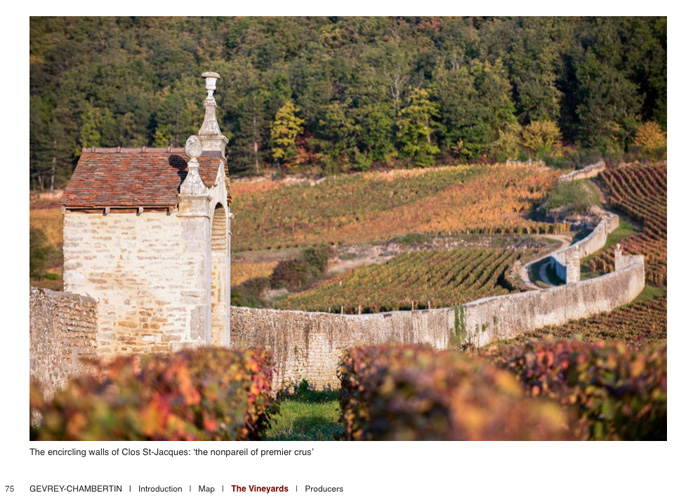 It was a fascinating task, working out who owned which plot. The most challenging was Richebourg where figures quoted by other authors on how holdings were split between the two parts of the vineyard, Richebourg and Veroilles, didn’t seem to add up logically. So I prowled round the vineyard and was able to discern the exact detail of each plot by the differing viticultural practices of, e.g., one member of the Gros family compared to another. Anorak stuff perhaps, but deeply satisfying. 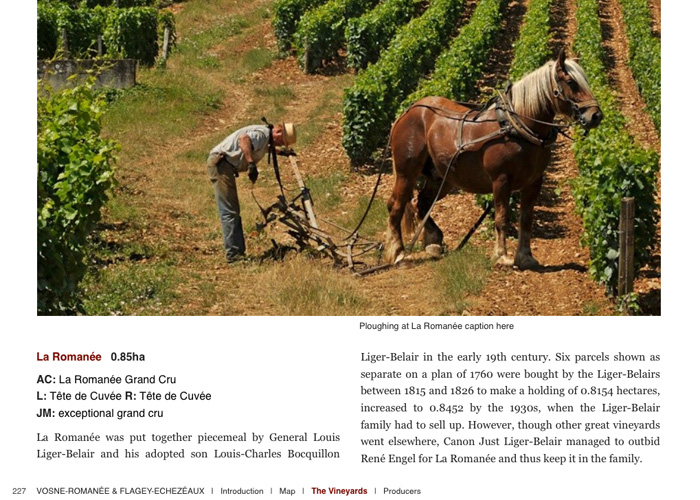 The iPad version has also enabled me to update information, with considerable enhancement of the chapter on Marsannay and the addition or expansion of many producer profiles throughout the book. Thus in Vosne-Romanée alone Domaines Confuron-Cotétidot, Forey, Gerard Mugneret, Georges Noëllat, A & B Rion, Jean Tardy and Fabrice Vigot have been added or significantly expanded. There’s always more to be to discovered, another bit of the Burgundy bridge to repaint.