Latest news from the Loire, the 2011 vintage and a sniff at ‘Natural Wines’… 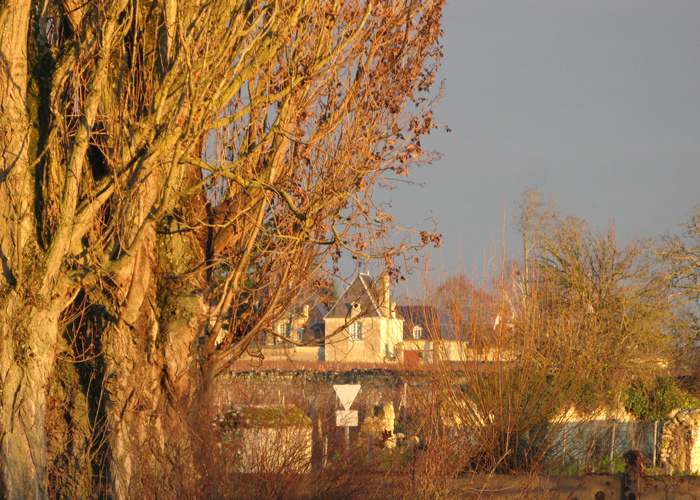 Just back from my annual visit to the Loire where I assessed the vintage, caught up with Berrys’ suppliers, visited some new names to get a clearer perspective & dwelt on some of the issues influencing Loire wines, particularly those of Sancerre and Pouilly-Fumé.

The 2011 Loire vintage was shaped, as elsewhere in Europe, by the unusually warm and dry spring that signalled an early harvest. This was compounded in the Loire by the lack of a preceding winter; Sancerrois David Sautereau remarked that there were no frost days during this period, compared with twenty-five the previous year. Consequently Sancerre’s ‘ban de vendange’ (official start date) came on 1st Sept, after a cool and damp July/August that threatened to upset the party with outbreaks of rot. The Caslots in Bourgueil commenced on the 15th Sept, versus 1st Oct in 2010. For Nöel Pinguet at Gaston Huet, harvesting on the 27th Sept. was an unprecedented early start but proved fortuitous in his (US owners) quest for drier Vouvray – something that’s he’s finding harder to come by these days. A fine, warm September facilitated fermentations to dryness, especially for those departing from the norm in using wild yeast (i.e. already present in the winery) as opposed to cultured. Acidities are generally on the low side making the pretty wines delicious in the early to medium term, without the grip or zip of the 2010s, but still fresh thanks to the cool summer. Yields are normal, certainly above the small, sun-tanned crop of the 2009 vintage.

There was much excitement at Domaine de la Chevalerie where the fourteenth generation Caslot, Stéphanie proudly unveiled the family’s new ‘baby’: Bourgueil cru ‘Grand-Mont’. The 38 ha estate is located at Restigné, twelve kilometres from the river Loire on a gently rising bench of sand, clay and limestone; the vineyards facing south/south-east and are protected from the ‘vent du nord’ by an immense forest. They’re also blessed with 1.5 km of chalk cellars under the property; indeed the perfect place to raise a ‘newborn’.

Grand-Mont is located in Benais, the next-door village, and judging by the taste of both the 2009 and 2010 vintages, wines showing an intricate weave and withering charm that leave you groping for words. Qualities enhanced no doubt by the family’s commitment to organic viticulture (Ecocert certified since 2006) and now towards biodynamics; a crowning wine for their stable of true, elegant Cabernet Francs. Rest assured: you won’t find a micro-ox machine, a packet of cultured yeast, nor a thermovinificator (read ‘microwave’) in their cellar! No, the secret seems to lie in father Pierre’s encouragement behind his two children, Stéphanie and Emmanuel; that they should take the estate to greater heights.

Another young blood making strides is fifth generation winegrower Nicolas Paget, former concert jazz trumpeter, now calling the shots at the family’s 16 ha estate close to Azay-le-Rideau. From ‘making wine’ in 2001 Nicolas is now learning to ‘create wine’; switching his attention from the winery to the vine, as he believes that if the fruit ripe and healthy then there less to do in the winery – he says it’s not something they taught him at wine-school!

Like the conductor of an orchestra, Nicolas’s re-arranging his vines so they play in unison. Hence there’s more emphasis on Chenin Blanc; greater use of ‘selection masale’ plant material rather than clones; more common sense (such as tying the young vines over to force the roots down). He’s on the right track, judging by his apply pure Chenin Blanc ‘Melodie’, pretty Touraine Sparkling Rose ‘Syncopette’, and crunchy Chinon ‘Ferdinand’. More controversially he doesn’t believe in ‘minerality’, a comment he let fly just as I was leaving the winery!

‘Minerality’ is surely the holy grail of fine wine, signposting a wine’s superior (limestone) provenance, its terroir and quality, imparting linearity, ‘droiteur’, and grip! When it comes to tasting notes I admit to be one of its over-users; its inclusion implying a low pH wine made from a reasonable yield, giving a decent level of dry extract, along with a capacity to age. I revel in the thrilling expression of mineral wines, whether they be from Chablis, Barolo, the Mosel or the Wachau. Of course it’s a quality I associate with the Loire, notably Sancerre and Pouilly-Fumé… yet Nicolas’s comment left me feeling I may have missed something. A word with his agent Charles Sydney, the voice of the Loire for many of the UK trade and resident of Chinon, revealed that many of Nicolas’s generation are confusing lean, green fruit (i.e higher acidity) with ‘minerality’. There is also the question over ‘flinty’ reductive aromas that can arise at the end of the (Sauvignon Blanc) ferment, when sulphur is added (sloppily) to block the malo.

Surprising also is how they pick in Sancerre and Pouilly-Fume. Since the 1980s, when the region grew exponentially, it’s been largely done using machine-harvesters, that ‘caress’ the grapes into bins dosed with dry ice to preserve aromas (a trick from the new world). You would think, going back to Nicolas’s point about the quality of the fruit at harvest, that a fine wine zone such as Sancerre would take the trouble to hand-harvest, to capture those delicate aromatics and so limit the need for carbon and sulphur dioxide intervention in the winery. I suspect that the reason for such machines lie somewhere between cost, practicality and the demands of the market. Very few producers seem to deviate from the norm – where’s the next François Cotat I ask myself – even if the norm can be a bit dull. For example wild yeast fermentation is akin to the occult – a few doing it on the side only to blend the evidence away at bottling. ‘There’s no market in wild yeast fermented labels, unlike organic’ is how one put it. I’m proud to say that Berrys’ new 2010 wild yeast ferment Sancerre, as made by David Sautereau, clearly expresses its kimmeridgean clay provenance to its full, and not a cat peeing in sight!

From the Loire I dropped down to Lyon to attend the fair ‘Vin Passion’, at which circa 40 producers (largely French and Italian) showed and sold their wines to a thirsty public. The common theme was one of organic fruit, along with the ever present tribe of ‘natural wine’ producers. The ‘natural wine’ movement has become popular in France and Italy, built on the premise (fear) that added sulphur dioxide is an unnecessary additive; that wine effectively makes itself, producing sufficient sulphur dioxide as a by-product. While excesses should be avoided, the proof of the tasting was that too many producers allow ideology to get in the way of prudent winemaking, resulting in many wines that appeared spoiled. Hear what Alsace producer Lucas Rieffel, producer of a Pinot Noir ‘Nature’ has to say on the subject…