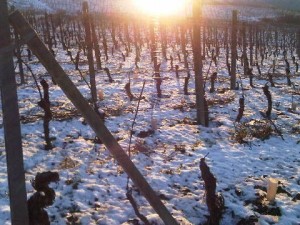 There’s been quite a lot to stomach of late, and I’m not just referring to the festive roll of cotechino e lenticchie (sausage and lentils), cappone (capon), marron glaces, and panettone. No, at the turn it’s perhaps worth reflecting on what’s been served up wine wise from Italia over the past 12 months, and what’s in store for 2011.

2010 witnessed Berrys’ first ever showing of (60) Italian wines and 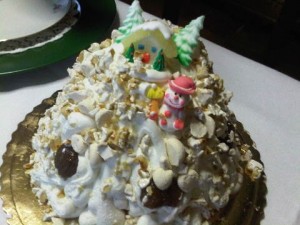 their (20) producers to customers at Vintners’ Hall, London; predominantly from Piemonte but also from as far south as Sicily’s Monte Etna (Graci). Fueled by the fervent reception for these wines and their colourful creators, I set a course for uncovering more of the same for 2011 through subsequent visits to Tuscany, the Veneto, Alto Adige, and Campania.

And what of 2011? Already the new year brings three new names to our books: Romano Nicola of Lapio, Campania produces white Fiano di Avellino from the calcareous hills above Napoli; also from Campania is Luigi Tecce, an enigmatic grower of red Aglianico (Taurasi DOCG); closer to home comes Gianmario Cerutti, who tends his family’s Moscato (d’Asti) vines high above Canelli. All these wines will be arriving in stock over the next three months. Here is an interview with Gianmario:

Three other exciting events are planned for 2011: a week-long visit to Berrys’ thriving Hong Kong business by five Piemontese producers (Cascina delle Rose, E.Pira, Cascina Fontana, Giovanni Rosso, Cantina Mascarello Bartolo) as part of what I hope will be a seminal week introducing some of Italia’s finest to Berrys’ customers.

And as part of Italia’s 150th birthday, here in Serralunga d’Alba this April I’ll be toasting the ‘bellezza, bevibilita e nobilita’ of Nebbiolo with a two day event focused on the grape as expressed through the ‘Langhe Nebbiolo’ and ‘Nebbiolo d’Alba’ DOCs (by strict invitation only).

Finally, and by no means least, the stage is set for another beauty parade of Berrys’ Italian producers on Monday 14th November at London’s One Great George Street; this time with more producers, more wines and more customers!

What’s that? My wine of Christmas? 1987 Monfortino, Giacomo Conterno. And your’s?