How Champagne got its bubbles 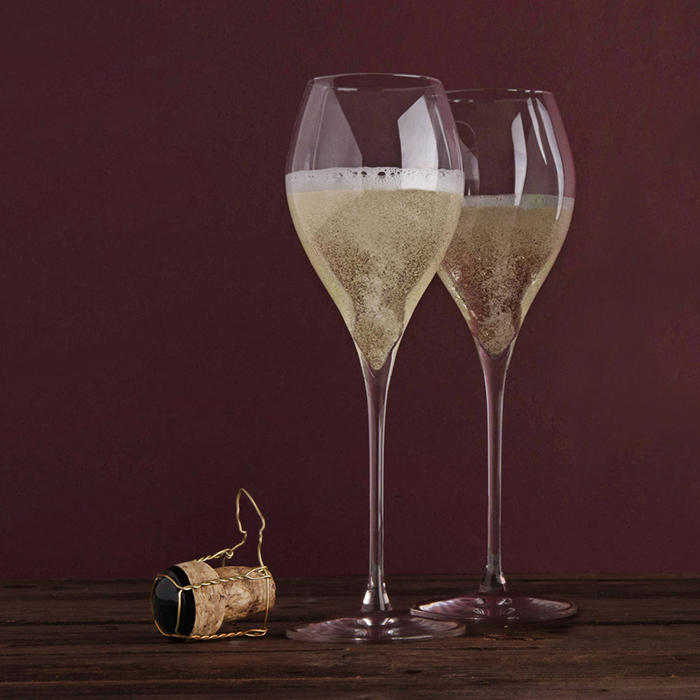 The Champagne region wasn’t always known for sparkling wine. Sophie Thorpe uncovers how the region discovered the bubbles that made its name

It’s hard to disassociate Champagne with the style of fizz that we know and love today, but it wasn’t until the 19th century that the region became known for sparkling wine.

The vine arrived in Champagne as early as the 5th century, along with the Romans. The wines made, however, were pale reds, slightly wan styles of Pinot Noir that nevertheless competed with those made further south in Burgundy. The wines of Äy were as respected as those of Corton.

But there was a problem with the wines. The region’s cold winters would chill the wine as it was fermenting, stopping the reaction before all the residual sugar had been converted into carbon dioxide and alcohol. As spring arrived, and the wines warmed up, the remaining sugar and yeast would start fermenting again. As the wines were in bottle at this point, the carbon dioxide had nowhere to go and would make the wine fizzy.

These accidental bubbles were considered a fault. The glass bottles of the time were not prepared for wines with such pressure and, as a result, many bottles unexpectedly exploded. This phenomenon wasn’t properly understood and winemakers duly pointed the finger at nefarious spirits, earning Champagne the name of “le vin du diable” (the devil’s wine).

The region’s winemakers were desperate to rid the wines of their problematic “pop”. Dom Pérignon – the Benedictine monk who gave his name to the prestige cuvée – was one of the many locals charged with this task, hoping to cure the wines of their expensive and suspicious behaviour.

Although Dom Pérignon is often said to have invented sparkling Champagne – emerging from the cellars in the late 17th century, exclaiming “Come quickly, I am tasting the stars!” – this is, unfortunately, a myth. In fact, it is an Englishman often credited with solving this devilish mystery.

Wines were at that time shipped across the Channel (and around the world) in barrel, not bottle. They would then be bottled by merchants in the UK. The wines continued to suffer from their sparkling issues, but it was soon remedied.

In 1615, Parliament banned the use of wood as a fuel; the resulting switch to coal had a significant impact on the glass bottles made in Britain. The new coal-fired glass was much stronger. As such, they were able to withstand the pressure of sparkling wine.

In 1662, Christopher Merret presented a paper to the Royal Society, outlining what we now recognise as the “méthode Champenoise” – the traditional method of making sparkling wine, with a second fermentation in bottle. This combined with the nation’s new, strong glass meant that Britain could savour the wines’ sparkle. In honour of Christopher Merret, English sparkling wine producer Ridgeview has hopes that “Merret” will become the protected term for our nation’s fizz.

Sparkling wine started to spread, becoming a popular choice of the French court under Philippe II. From the 18th century onwards, Champagne Houses started opening their doors. The region had finally found its fizz.

Explore our range of Champagne on bbr.com.

8 Responses to “How Champagne got its bubbles”