From our kitchen: pearl barley paella with pot-roast partridge 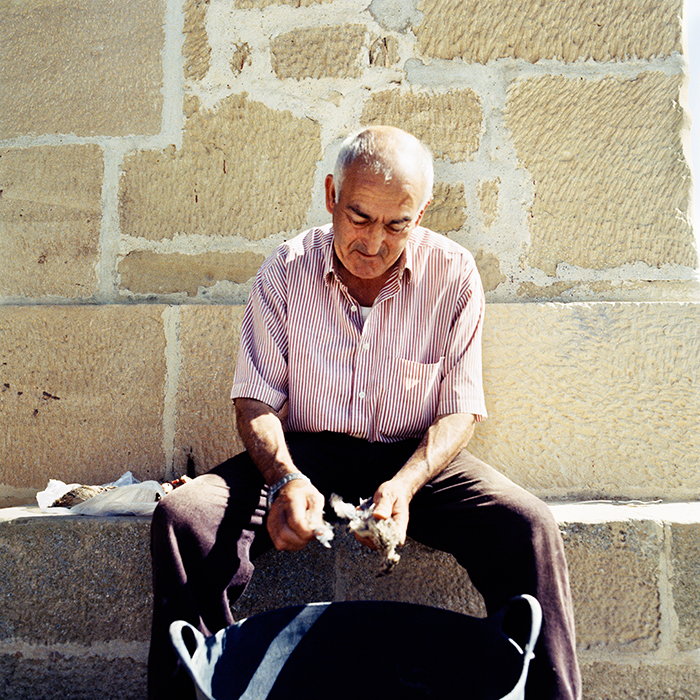 As we shine a light on Spain’s vinous offering, our Head Chef Stewart Turner takes a classic Spanish recipe – paella – and adds his own, thoroughly English autumnal twist

Paella is thought of the world over as Spain’s national dish, but the Spanish themselves consider it to be a speciality of Valencia, originally made with rabbit and snails. Seafood paellas were found along the Mediterranean coast, where the meat was replaced with fish and shellfish, and both are considered authentic by Valencians. As the dish’s popularity grew, recipes that combined both meat and fish were used across Spain, and the mixed paella was born. It acquired regional influences and went from being relatively simple to including a wide variety of seafood, meat, sausage (including chorizo), vegetables and seasonings. The inclusion of chorizo is contentious, with most Spaniards saying it has no place in paella and Valencians claiming its inclusion is scandalous. My pearl barley version is not one for purists, but it is a lovely warming dish for the autumn. I serve the partridge off the bone, but – depending on your guests – you could leave them on, and the bacon crumb is an optional addition.

Try it with: a rich yet bright Rioja or old-vine Garnacha

Heat a large casserole dish. Add a splash of olive oil and fry the chorizo for three or four minutes until it releases its oil. Remove with a slotted spoon and set aside. Add the onion and garlic to the pan, and cook for three or four minutes, until they begin to soften. Add the peppers, rosemary, saffron and paprika, then cook for a further minute.

Stir in the pearl barley and mix well. Add the chicken stock. Bring to the boil, then turn down to a simmer and cook for 25 to 30 minutes, stirring occasionally, until all the liquid has been absorbed and the pearl barley is tender. Season to taste and stir in the chorizo and diced tomatoes.

Preheat the oven to 180°C. Heat a splash of olive oil in a casserole with a tight-fitting lid. Season the partridge, then seal all over in the hot fat until nicely browned. Remove from the pan and set aside. Return the pan to the heat and brown all the vegetables, cook for three to four minutes, until just starting to soften. Add the red wine and season. Sit the partridge on top of the vegetables. Cover and place in the oven for 30 minutes. Once cooked, remove from the oven and allow to rest in a warm place. Strain and retain the cooking juices, discarding the vegetables.

Fry the pancetta until lovely and golden. Remove from the pan and set aside. Return the pan to the heat and fry the crumbs in the bacon fat, adding a little olive oil if it’s a bit dry. Stir frequently until the crumbs are golden and crisp, then add the garlic and smoked paprika. Cook for a further minute. Once cooked, season to taste and mix in the crispy pancetta and chives. Drain on some kitchen paper to remove any excess fat.

To serve: Rewarm the paella, adding the partridge cooking liquid. Remove the legs and breast from the partridge, place the paella in a serving dish and arrange the partridge on top. Sprinkle the bacon crumb generously over the top.