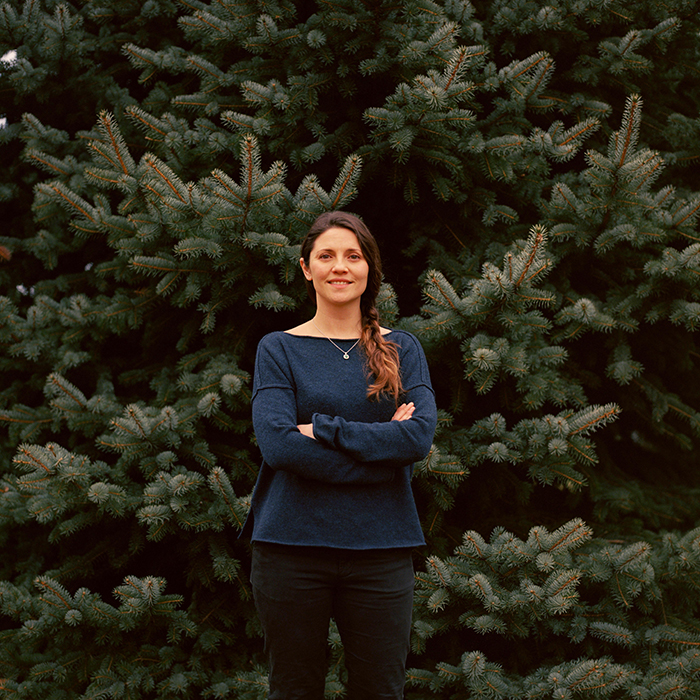 As weekends start to fill with al fresco feasts and grand picnics, we caught up with chef and food writer Olia Hercules to uncover her summer staples and the inspiration behind her new book

From her East London, Roman Road studio and residence, Ukrainian born chef and writer, Olia Hercules, spends time (happily) juggling the freelance lifestyle in and around publishing her highly acclaimed cookbooks – her debut, Mamushka, was shortly followed up by Kaukasis in 2017. Proof of her current “in-demand” status means our telephone conversation from one end of the capital to the other is pushed back an hour, due to an unexpected visitor dropping in.

Although usually residing in London over her six-year-old son’s summer school holidays, this year they will spend six weeks back in the Ukraine, time required for researching and writing Olia’s new book, A Regional Summer Kitchen – an ode to traditional Ukrainian summer cooking, due to be published in April 2020. I ask her what she means by “kitchen”? Something a little more literal than anticipated. “We have a separate mud or brick-made structure where we cook in the summer because it is so hot. It’s a room that is a house, usually with a make-shift bed. Couples would get married let’s say in April and stay here before moving into the bigger house together once it had been built. It’s symbolic of starting a life together. It’s super romantic.”

Having grown up both in the Ukraine and then in Cyprus from age 12 to 18, Olia has clearly had a substantial Mediterranean influence on her diet: “I spent five years there eating fish and salads,” she tells me. This influence was no doubt then further magnified after studying Italian and spending a year living in Urbino, a town east of Florence. In Italy, her own summer experiences evoke memories of the freshest ingredients, often made from very little: “I stayed in Sicily for a few months and one of the most amazing things was having an artichoke so fresh – you just peel the leaves off and almost eat it raw.” 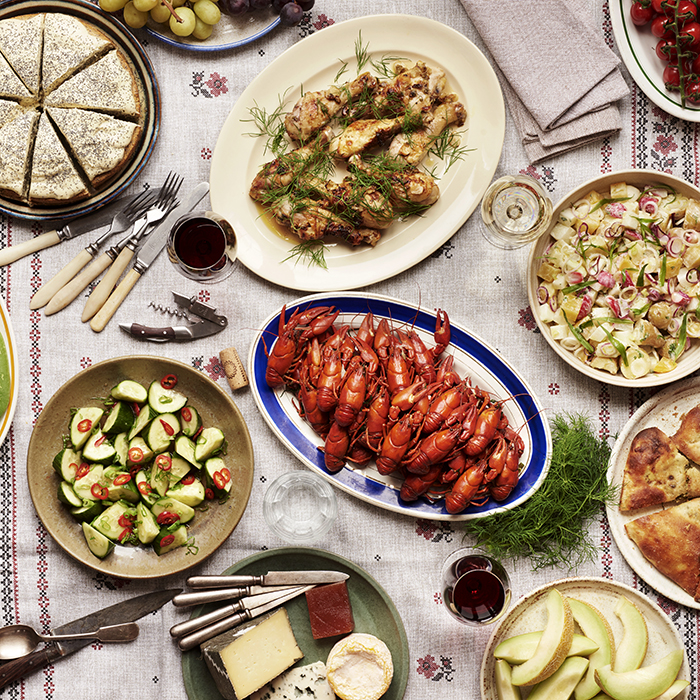 I ask her about summers in the Ukraine. “We lived right by the riverbank so we would spend them with a bucket of crayfish, a handful of dill, and a few cold beers.” Olia grew up in a small town, in a rural area where they grew much of what they ate. She mentions specifically her love for the unrefined sunflower oil – her one item she says she can’t live without when it comes to summer entertaining: “It’s like a sesame oil. It’s strong and aromatic, and tastes and smells like toasted sunflower seeds.” She recommends it being served liberally on tomatoes and cucumbers.

Olia grew up in the south of the Ukraine, 1.5 hours from the Crimea border and the sea of Azov – the shallowest sea in the world. “We used to go there a lot when we were younger. It’s lovely by the river. We’d have a Ukrainian picnic – more of a barbecue really, by the river – we’d catch fish and make fish soup, with loads of vegetables and fresh cheeses. There’d be loads of stuffed bread. My mum makes these Moldovan stuffed breads, with kaffir and herbs – sorrel and dill, feta-style cheese and spring onions.”

Here in London, Olia says the crayfish party tradition continues. “We don’t have a garden, but we do have a terrace,” and she has her own unique way of sourcing the crop. “There’s a guy in London called Crayfish Bob – who catches all the American ones. They’re a pest really to the main variety and he sells most of them to London Zoo to be eaten by the puffins, but sometimes I get the rest.”

While her new book will explore meat, fish and dough – the highlights of her own summer parties, she is also keen to explore pickling and preservation – making “Ukrainian style kimchi” amongst other things: “We ferment all sorts; aubergines – we blanch these, mix them with oil and mint. We do it with tomatoes, with whole watermelons – whatever you’ve got we’ll ferment it.” An Ukrainian custom, she says, that must come from the Vikings or Nordics. This also happens traditionally in the summer kitchen. “It’s there that we do our preserving and fermenting when the temperatures begin to drop again.”