News and views from the London Wine Fair 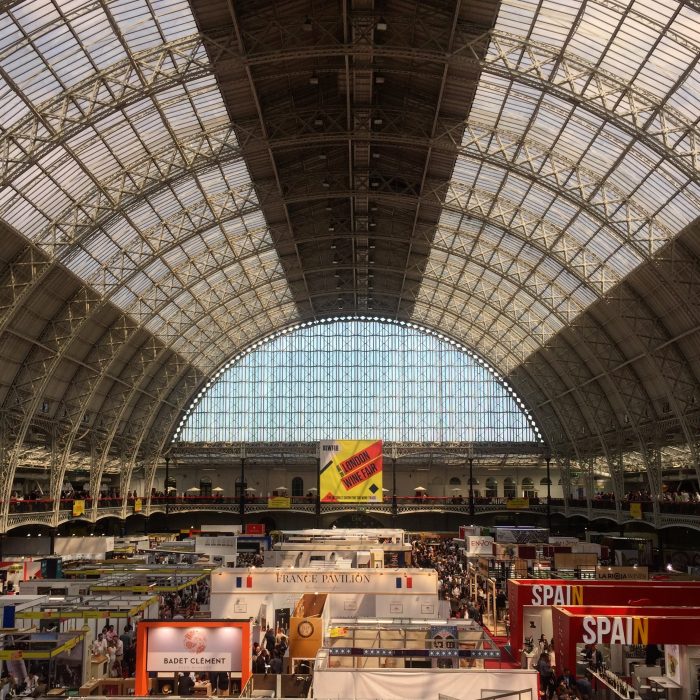 The view out over the trading floor at the London Wine Fair, Olympia

This week the wine trade gathered at Olympia for the annual London Wine Fair. With tastings, masterclasses, seminars and industry briefings taking place over three days, we sent Sophie Thorpe to report on the issues facing the industry today

While wine producers swarm west London to tout their wares, the London Wine Fair offers more than a trading floor – it’s a place for discussion, from trends and tricks through to challenges and success stories. We followed two key issues on this year’s agenda.

The fair opened with a panel discussion on the topic dominating headlines: Brexit. Chaired by Miles Beale, CEO of the WSTA (Wine and Spirits Trade Association), the panel considered what lies ahead for Britain’s wine industry. Currently, the UK is the world’s second largest importer of wine, both by volume and value.

While there was little certainty about the future among the panel members, they were united in one desire: as Jean-Marie Barillère (Président of the Union des Maisons de Champagne) put it, “We don’t want disruption in the trade.” The hope is that the now-confirmed transition period should ease this.

Sam Linter (Head Winemaker and Managing Director at Bolney, a wine producer in Sussex) suggested that while the weakening of the pound has led to growth in the export market for English wine (growth of 100 percent for Bolney), winery equipment – often sourced from France and Germany – is now more expensive than ever. The problem of labour also looms on the horizon, depending as they do on a skilled, European labour force for vineyard work, a force that simply isn’t available in the UK. While the Foreign Secretary has described English wine as “Brexit juice”, this small and premium market (less than two percent of the UK’s consumption) won’t be able to fill a void left by EU products, and may suffer with any economic downturn.

Troy Christensen (CEO of Enotria&Coe) suggested we were witnessing a “seismic reshaping of the on-trade”, with the landscape set to look very different in five to 10 years. He noted that economic uncertainty has already had a huge impact on the on-trade (citing the closure of various chains, Prezzo, Carluccio and Byron, among others). With the rise in the minimum wage and food inflation of nine percent, Brexit has exacerbated an already difficult market. Labour also poses a threat to bars and restaurants, many of whom depend upon 18 to 23-year-old Europeans. He also, however, said that “the opportunity is there for us to make an impact” – pointing out the rise in sales of Prosecco (up 23 percent) and gin (up 20 percent).

At another panel, the IWSR, suggested that in fact EU regulations had stifled innovation not just in winemaking but also in packaging, and that we may see a rise in 50cl bottles and more premium bag-in-box offerings (not just the return of the imperial pint).

Seeking equality in the industry

This year’s fair was the first in its 38-year history to have a female head, Hannah Tovey. Wondering why this might be, she arranged for a panel on Tuesday to discuss gender diversity in the industry, chaired by Regine Lee of Women in Wine London. While (according to a Wine Intelligence study) women represent 55 percent of the UK’s wine drinkers, they represent only 43 percent of the jobs in the UK wine industry, and only 35 percent of jobs at the top level.

Alex Ririe (Managing Partner of Strategic Development at Coley Porter Bell/Ogilvy and UK member of the WSET Alumni Advisory Board) pointed out that studies suggest women buy wine differently – and buy more. A 2012 study by Liz Thach proved that though women and men like red wine equally, women tend to buy more white wine. Joe Fattorini (of The Wine Show) said that “self-treating” was proven to be the reason for a quarter of all wine purchases… yet was something men didn’t do. Anne Jones (Waitrose Category Manager: Wines, Beers and Spirits) proffered that there was a danger in statistics: the evidence is that women spend less, are less interested in provenance and less confident buying wine – but, “do we want to cater to that market, or do we want to change those statistics?” She also pointed out that there was often less of a difference in the numbers than headlines might make it seem.

She went on to declare that equality required a long-term cultural shift. She pointed to the recent Drinks Retailing News “100 Most Influential People in Wine”; in 2018 there are no women in the top 10, only six in the top 50 and 17 in the top 100. Alex, meanwhile, highlighted her wish for awards such as the “Decanter Man of the Year” to be renamed to remove implicit bias.

Joe Fattorini suggested that packaging was key to encouraging female drinkers. Citing research around Lynx deodorant, he suggested that women were being put off drinking wine by corks – suggesting that heavy 75cl bottles and having to “yank out corks” didn’t appeal, that corkscrews required a “male power grip” versus a screwcap.

There is, Alex pointed out, however, a risk of playing to the lowest common denominator – the temptation by marketeers to “put some flowers on it, make it pastel”. She ventured that, regardless of whether it is men or women, we should be aiming to increase consumers’ confidence and knowledge. Anne went on to state that it was “everyone’s responsibility not to use gendered language” when describing wine – ie using the terms feminine/masculine to describe the style of wine; while Alex suggested that there was also much to be done in the on-trade, ensuring that the wine list and order was given to the right person in a restaurant or wine bar, not automatically the man. Hear, hear!

It’s clear there is plenty more to be discussed and resolved, preferably over a glass of something good – roll on the London Wine Fair 2019.