On the table: Ikoyi 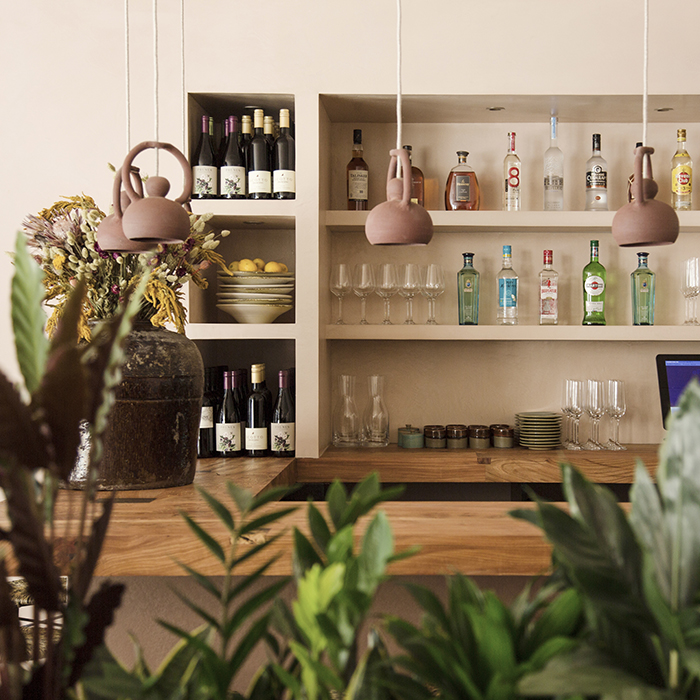 With worldly cuisines in many hand and fork-to-mouth guises at our fingertips, Nigeria remains a lesser explored version at the top-end. Along the monopoly board that colours London’s food scene, we sent Alexis Self to Ikoyi to discover something altogether off the map

If you stuck a cocktail stick in the ground at Piccadilly Circus and drew a circle one mile in diameter, the catchment area would include dozens of restaurants serving high-end versions of most of the world’s cuisines. Up until last year, however, there was one glaring exception. Despite its population of nearly 200 million, and not to mention its significant London-based diaspora, Nigerian cuisine is almost invisible on the city’s fine dining scene. That isn’t to say that you can’t find good west African food in the capital – as anyone who has had their palate stimulated on the Old Kent Road or in Ridley Road Market will attest – just that its powerful spice and exotic flavours are all but impossible to find once you cross into Zone 1.

Those hoping that Ikoyi, a new west African restaurant opened last year by old friends Jeremy Chan and Iré Hassan-Odukale in St James’s Market, might introduce the uninitiated to some of the country’s traditional dishes could be disappointed. Ikoyi is far from traditional. If chicken tikka masala and lamb balti were the intentionally sweetened stalking horses that brought south Asian cuisine into the British mainstream, Ikoyi’s buttermilk plantain and smoked scotch bonnet is a multicoloured zebra doing somersaults across the tongue. While its smoked crab jollof rice – a dish almost as lovely to speak as it is to eat – is about as far away from the moulded orange molehills served on the Old Kent Road as one can get without sliding off the Monopoly board.

Indeed, if one were to make an updated 2018 version of the world’s favourite board game, the newly renovated St James’s Market development might indeed squeeze Mayfair off the board. The “luxury office and retail space”, with its glassy canyons and greige identikit cladding, might appear to represent some of the less savoury things about modern-day London. However, its apparent soullessness stands in great contrast to the very real vibe and soul emanating from Ikoyi and its food. Tucked away in the upper reaches of the development – itself sandwiched between Haymarket and Lower Regent Street – the space has been meticulously well thought-through. The interior, with its earthy oranges, yellows and clean wood-panelled lines, would seem to owe much to Geoffrey Bawa – whose Tropical Modernism can be seen in Fitzrovia’s Hoppers 2, another recent opening doing a lot for a different underrepresented cuisine.

The food at Ikoyi is served on cool (in both senses of the word) ceramic slabs with black cutlery and a killer soundtrack. The wine list is nice and compact with a pretty even quirky/classic mix. There are tempting bottles in each category – Slantik Radikon, an orange “unicorn de jour” from Italy and the tasty Joshua GMS from Australia’s Teusner, deserving of special mention. In the end we order a bottle of Weingut Eymann’s lip-smacking 2016 Riesling, whose crisp acidity and subtle spice turn out to be just the ticket for our first morsels. 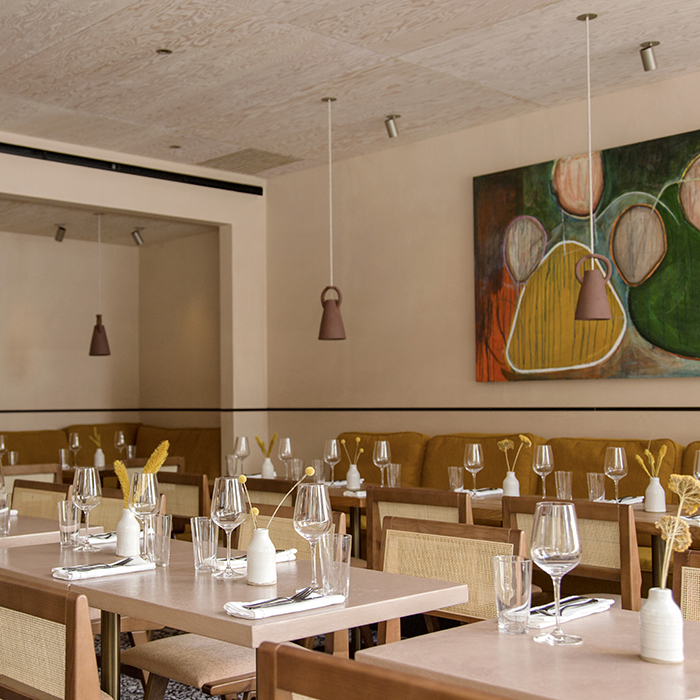 The aforementioned plantain comes coated in bright pink “raspberry salt” with a side of smoked scotch bonnet mayo. Its space-age appearance and peculiar taste make the perfect introduction to this intriguing menu. Moin moin, as I’m sure you’re aware, is a squidgy bean pudding. Ikoyi’s version is crested by a Scottish prawn and a slice of kohlrabi, a vivid purple cabbage-like vegetable – it’s a wonderfully crazy looking treat. The crumbling shortcrust pastry of the dambu namba (dry shredded beef) and whipped bone marrow tartlets remind me of a custard tart/beef pattie hybrid, which I think provides a neat physical representation of what Chan and Hassan-Odukale are trying to do here.

The meat and veg, including the scotch bonnet, is all UK-sourced. The ingredients may have been grown, and reared, close to home, but, thanks to the inventive use of African herbs and spices, the flavours are otherworldly. The octopus, ndolé and calçot looks like something out of Creature from the Black Lagoon: a single tentacle submerged in a green pesto-y slick next to one of the very en vogue small leek-shaped scallions. The octopus is cooked perfectly – not too tender, not too tough. Even better is the stone bass, red pepper and kelp – served in a deep brown bowl it has all the exquisite spice of a Keralan fish curry but with more delicacy to the meat.

Despite the richness and spiciness of the food, at no point do we feel full or, god forbid, bloated. This is especially appreciated as we are yet to tuck into our main. Duck (NB. this is our fifth different meat of the night – vegans, please look away now), cooked to pink perfection, is bathing in another sublime smoky, candied bacon sauce. By now we’ve had a lot of wonderful sauce so, foregoing dessert, we decide to have a bit more and order two glasses of the house red. A 2015 Tinto from Prunus in Portugal’s Dão region, it’s really good and the silky fruit provides the perfect parachute with which to begin the descent back to Earth.

One shouldn’t go to Ikoyi full of preconceptions about anything – luxury office and retail spaces, jollof or west African cuisine. Just let your taste buds soar. The food looks space age, and it tastes out of this world…

To find out more on the restaurant click here.

One Response to “On the table: Ikoyi”