A Gymkhana collaboration: wine on spice 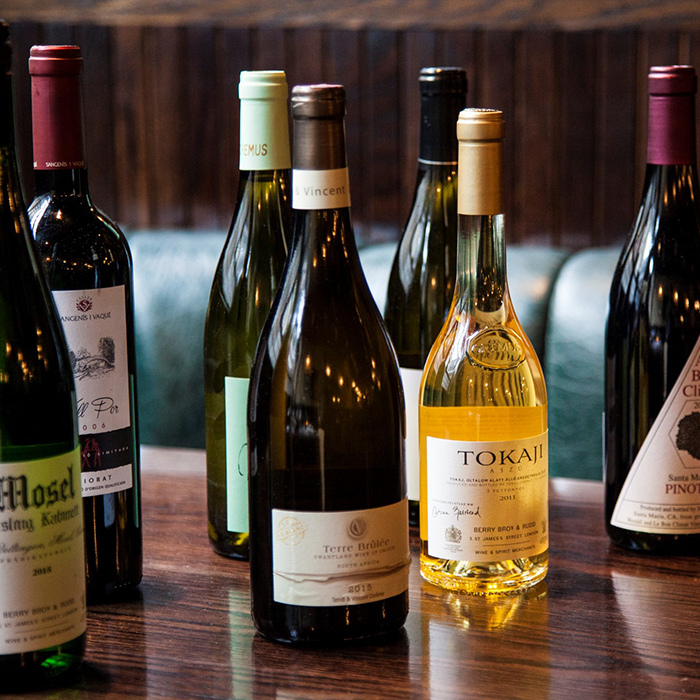 Culminating on Saturday 12th May, we’ve teamed up with No.3’s neighbour and Michelin-starred Indian restaurant Gymkhana to offer a month-long collaborative tasting menu. Fanning together multiple flavours from around the world through each delicious course, we speak to Head Sommelier Valentin Radosav on how best to pair wine with spice

“It looks like we’re at the beach with no sun” says Romanian-born Valentin Radosav as we sit down next to the photographer. He is referring to the lack of bottles in the background as we chat. Radosav heads up a team of four sommeliers at Mayfair’s Michelin-starred Gymkhana, in situ here now for two years after previous stints at “Dinner by Heston” and “Purnell’s” in Birmingham. A professional first foray into this “exciting” cuisine, his love for and interest in it began at home “my partner is from India. Her family is from Punjab.” He says she cooks up a more Indian inspired storm at home, in contrast to his ability for making Paella – a must-be happy aide to his continually evolving wine pairings: “I needed to try something new.”

The wine list at Gymkhana changes every two to three months. A challenge, surely, for anyone to provide something interesting, complementary and exciting for diners who come here to eat its much-accoladed cuisine from far and wide. The 200-strong list features one Indian wine – a Cabernet Sauvignon-Sangiovese blend served by the glass from the Sette Fratelli winery in the province of Maharashtra – made under the guise of esteemed Italian winemaker Piero Masi. Similarly off the traditionally well-worn wine track, he has a couple of Greek wines on the list, chosen by fellow Greek sommelier Savas: “we all work together. I like the team to be able to express their personality through the wine list. I was taught that at Dinner, where I was allowed to do that too” says Valentin.

The dishes on the table tonight range from spicy to sultry, from subtle to highly assertive. How does Valentin go about matching such expressive flavours? “Usually with Indian food I like to start with a light white wine – not too soft, with some body.” The match with the first course – a Samosa Papdi Chat with Tamarind and Sev, is a dry Manolás Furmint from Oremus in Tokaji, Hungary. Here he says the creamy texture of the wine balances with that of the samosa, bringing an acidity and balance to the pairing. With this kind of cuisine, he says he aims for the “dishes to express themselves and wines to complement.”

There are six courses on this specially-curated menu, each with their own array of flavour challenges. “I don’t try to fight the spice, I try to embrace it – so you can feel both spice and wine’s texture at the same time.” Riesling is a classic choice matching to the texture of scallops with green apple chutney – an ingredient he describes as quite spicy with a sweetness and delicacy. “Usually I love to put sake with this dish but I added the Riesling to try to have variety. I try to touch all the continents” evident in the wide cross section of wines chosen for this collaboration, and for this dish, matching the chutney profile, because it too is “something with a touch sweetness, that is delicate and light.”

The hardest dish on the menu to match, but one Valentin also describes as his favourite, is the Pork Cheek Vindaloo – this comes paired with a 2006 Vall Por Priorat from Sangenis I Vaqué. “From one to ten [in terms of spice] this is a 20” says Valentin, so there are two ways to approach this – either you go for something like a Pinot Noir, low in tannin and more direct in alcohol, or you go for a wine with age – where the tannins become less aggressive, and become riper and creamier on the palate.” It is a pairing he is very happy with, saying simply: “sometimes in life when you are challenged and you succeed then you will be much more satisfied than when you achieve something easily.” Using a wine with some age is something he says he loves to do – “It is hard to get aged wines on a wine list. When I get the opportunity [to buy them], they are something I like to present.”

If you don’t choose the Vindaloo, the alternative (non-vegetarian) option is an Achari Jheenga (langoustine) Curry – “quite mild. It is creamy.” So, to match it Valentin pairs it with a Pinot Noir from California’s famous Au Bon Climat. “It has a delicate creaminess with a touch of American oak – [it shows] coconut and sweet spice,” complementing the very same flavours found in the sauce. 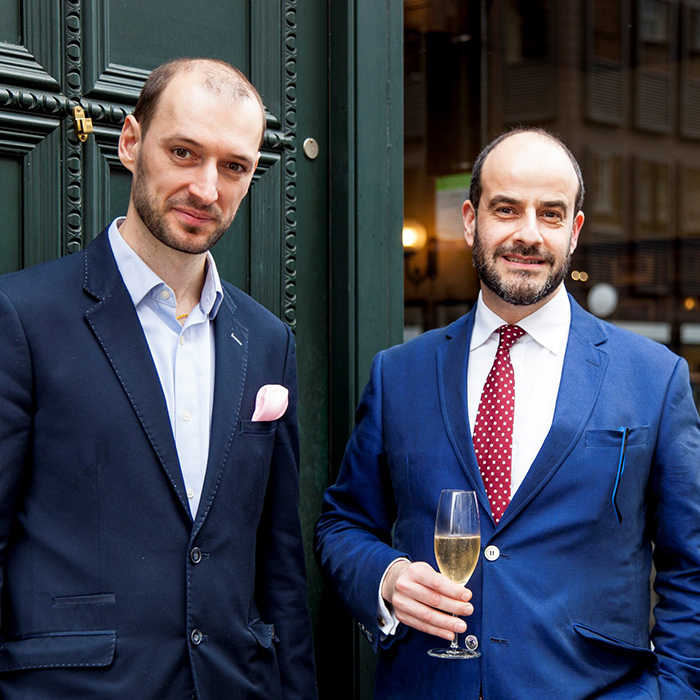 Valentin uses a Viognier from Churton Wines in New Zealand’s Marlborough with the Gilafi Quail Seekh Kebab with green chilli chutney, saying he decided on this because he likes to “break the myth that New Zealand can make something else” (outside of Sauvignon Blanc). Similarly, with the Kid Goat Methi Keema, Valentin goes for a Cinsault from Itata in Chile – over and above something like a Pinot Noir from the same country. “A Pinot [here] would be obvious. It is better to go with a País or a Cinsault, or a Carignan.” He extols the virtues of Sémillon now coming out of Chile too – giving Bordeaux and Australia a run for their money – somewhere he visited after winning the Wines of Chile Wine Bar Wars in 2016.

Personally, Valentin says he likes unknown wines, and unknown varieties – tipping Portuguese wines and grapes as something of particular interest. He also likes wines with stories – which is why for this menu, he says he chose the Hambledon English Sparkling Wine to start with. When it comes to building his own list, reflected on the tasting menu over these weeks, he says he tends to go for half classics and half completely different. “It’s like visiting an unknown city – [you need] something familiar but [want] something unusual.” With the same sentiment he talks about how he has adapted to pairing wines with Indian cuisine – something he says he now does with ease. “You need to train the palate to the flavours.” But he adds that it is the same with wine. You may be drinking something totally different from what you once enjoyed two years ago “Your palate adapts as you get to know and drink different things.” An evolving global exploration for the senses; cuisine and wine alike.

The Berry Bros. & Rudd wine pairing menu will run at Gymkhana until the 27th April. More details can be found here.