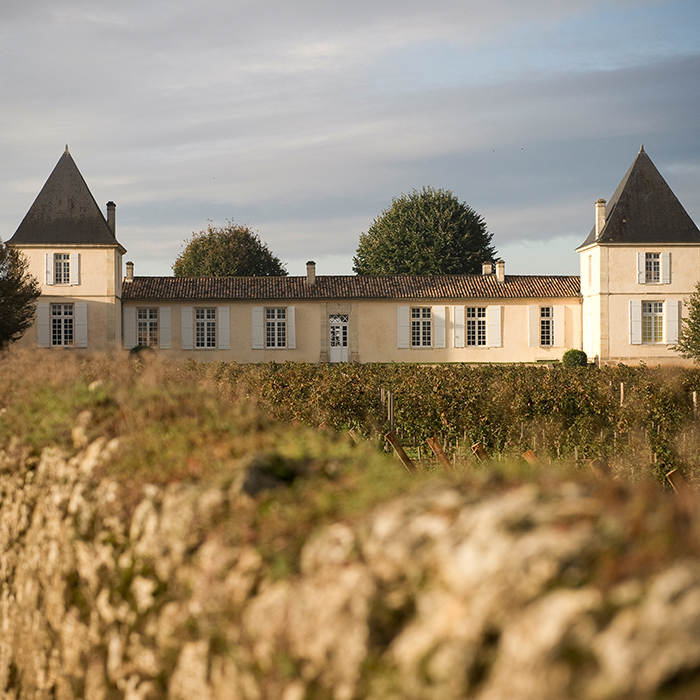 This week we have two pieces looking at Bordeaux. In this one, Guest Blogger Ella Lister, founder of wine-lister.com gives us her overview on how the 2017 vintage is shaping up

Bordeaux prices might not have been growing as quickly as those in Burgundy or Piedmont, but the region has finally overcome the spate of “Bordeaux bashing” it suffered after the excellent but expensive pair of vintages in 2009 and 2010. It is now back in favour following two more superb vintages in a row – 2015 and 2016.

The 2017 vintage will not join this roll call of great years, but it will go down in history for another reason: frost. Wiping out around 40% of the Bordeaux crop compared to 2016 yields, late April frosts were the most severe for decades. Châteaux such as Fieuzal and Climens will not be releasing any 2017 wine at all.

Nevertheless, unaffected vines were able to produce good quality grapes, and there will be a host of very good wines up for grabs during the upcoming en primeur campaign. The 2017 is not a homogenous vintage. Rather quality and quantity vary significantly from château to château, and astute purchasing will be necessary*. If forced to generalise, the wines are aromatically expressive and will give immediate pleasure, not dissimilar to the 2015 in that regard, and perhaps a 2014+ in quality terms.

It is also hard to generalise about pricing. Last year, across the top Bordeaux crus classés and equivalents, the average euro price increase on 2015 quoted by négociants was 14%, with some 2016s up more than 40%. The word from Bordeaux is that we can expect prices to come down across the board this year. By how much will depend on the wine – some will inevitably be small, but a symbolic decrease acknowledging the step down in quality will be important. As en primeur increasingly becomes a positioning exercise, each property will act according to the quality of its wine in 2017 as well as its ambitions.

Top châteaux are holding back more and more stock, with volumes released onto the market down around 14% in 2016, despite production being up on 2015. It goes without saying, then, that there will be less wine available for sale this year, though not for all châteaux, although it is worth noting that many top châteaux in Pauillac, St Julien and St Estèphe were unaffected and even enjoyed higher-than-average yields.

Some argue en primeur is losing relevance, that there are fewer wines where it is beneficial to acquire them at this early stage. Nonetheless, it remains more or less obligatory for a handful of indomitable brands and rising stars whose release prices leave room for subsequent price appreciation.

The preliminary results of a survey carried out with Wine Lister’s Founding Members (leading members of the global wine trade) tell us the most successful wines of the 2016 en primeur campaign. Towards the top are the four First Growths excluding Latour (which pulled out of the system in 2012), as well as perennial British favourite Lynch-Bages. Figeac and Canon had rip-roaring campaigns – these are two St Emilion properties undergoing a renaissance, joined by Calon-Ségur in St Estèphe. The charts below show Calon Ségur’s well-priced 2016 release (below the market level of the 2009 and 2010 despite its superior quality) as well as its marked price appreciation post-release. 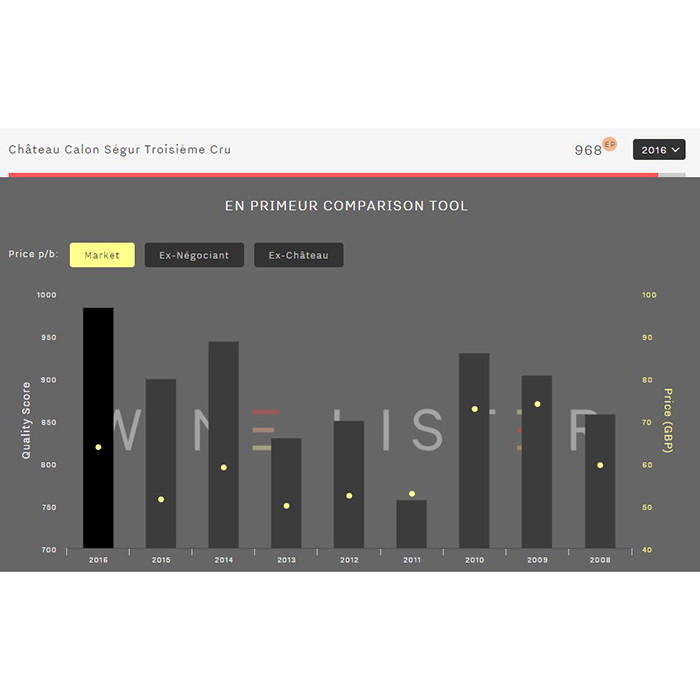 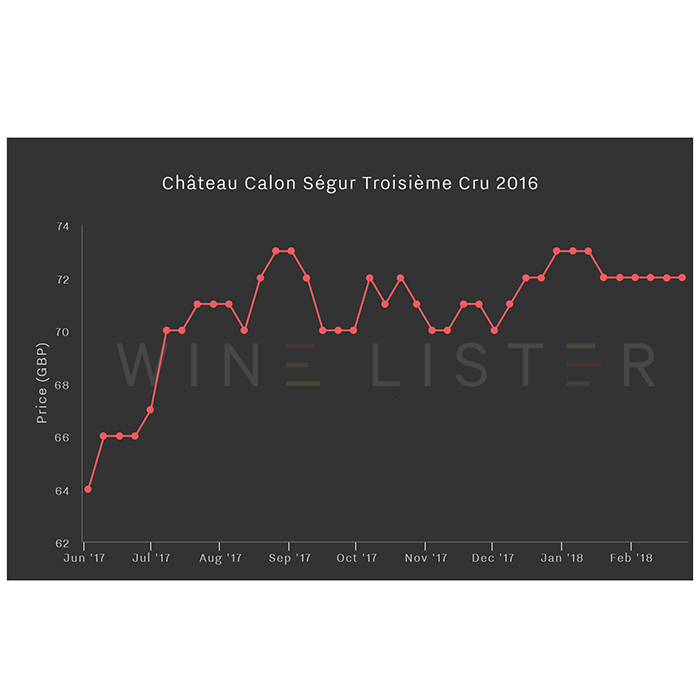 Also from St Estèphe, Cos d’Estournel and Montrose had strong campaigns too, thanks to their early and well-priced releases (neither château increased its price 2015). Another notable success was Pauillac’s Pichon Lalande. These properties have every chance of continuing their ascendancy with the 2017 vintage. You will need patience, though, as we wait for releases in what is likely to be a late en primeur campaign. Critics, including Wine Lister partners Jancis Robinson, Jeannie Cho Lee, and Vinous (Antonio Galloni and Neal Martin), will head to Bordeaux a week later than usual to taste, and the big name châteaux are liable to hold off releasing until after Vinexpo Hong Kong at the end of May. Watch this space!

*Wine Lister will provide unbiased analysis on all the key releases throughout the campaign, and will circulate an in-depth Bordeaux market study for subscribers in early May