A lesson in philosophy: André Ostertag 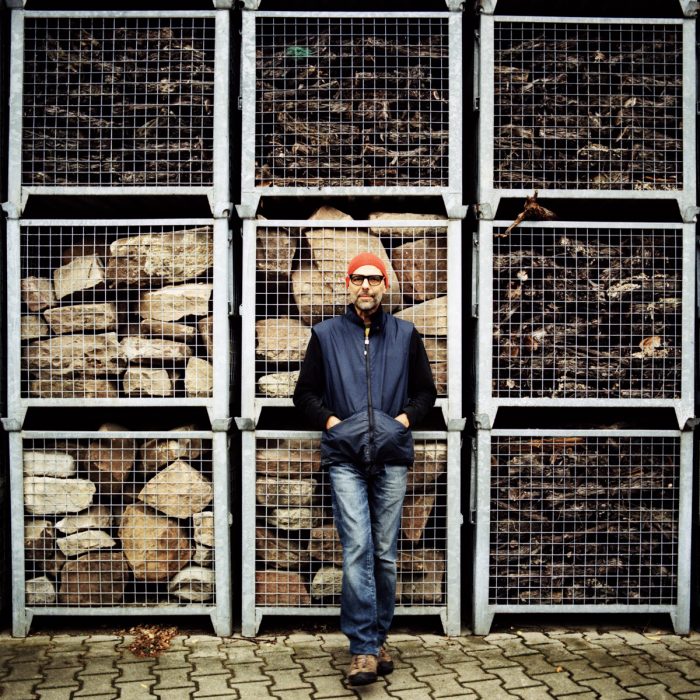 For wines golden in colour, backed by similarly illuminating words of wisdom, we sent Sophie McLean to an André Ostertag masterclass, to find out what makes him, his wines, and his Grand Cru Muenchberg vineyard site tick

What strikes me most about André Ostertag is his “joined-up way of thinking”. Forgive the cliché, but this is not in a heavily marketed “blue-chip” kind of way. It is his winding, more explorative demeanour which seems to wrap up real feeling within his wines’ style. It’s clear he thinks before he speaks. He enunciates every syllable as he treads carefully through thought and language – the one spoken today, not his mother’s own.

“We have a New World story,” says André, as he introduces his wines to the room. Ostertag comes from Alsace, a place where his family has been making wine for nearly 60 years. For a winery that he calls “youthful”, in an area so full of winemaking history, he says the most exciting prospect of starting a blank canvas winery here is “being able to write your own story”.

We are here to taste through the wines of his Grand Cru Muenchberg site. One whose fruit provides the bounty for many of his single-vineyard wines. The vines here are set up high on the break lines of Alsace – an area rich in geological variety. Two that prevail in Ostertag’s parcel are red sandstone, a material that has the “texture of human skin” – something that is soft, and “gives” upon touch; and volcanic soil, which André deems austere – the “fire of the earth”, and that when made on its own produces something “strong but not seductive.” When these two elements combine, the resultant characteristics are purity and density. “Two words you must understand [to understand] our wine.”

The land up and around Muenchberg is cooled by altitude and protected by the surrounding forests, thus ensuring the preservation of detail in the wines’ aromatics. Over a space of 17 hectares, three exposures exist, meaning they each get sunshine at different times of the day. Aspect, altitude and the fact that these are old vines of over 70 years old means there is a depth and long finish exhibited. “Vines are like humans,” says André. “We work better as we get older, but we also work less.” The first wines from Muenchberg were produced in 1982, two years after André’s first ever vintage.

André rhapsodises over this piece of bucolic Alsace for its purity. Its lack of pollution. A place he says where there “is no road, no telephone lines, no electricity”. It is protected from the ocean – where “a strong feeling of energies” converge – by mountains in the west. And yet for all the love he now feels towards this place, he used to hate coming here as a child due to its great inaccessibility.

The Muenchberg vineyard originally belonged to his mother, a story he tells, with the surprising revelation that he once “hated wine, and the idea of doing the same job as my father”. Originally Ostertag went to Strasbourg to study mathematics, where he received the lowest of the low in marks. “It was time to change tack,” he states. The universe, it seems, brought him back to wine.

“You dream a lot,” he says, ever wistfully. What, then, are his dreams? “To make wines with emotion inside. It’s not just about taste.” To do this he says you must have the right site, and the right “vibration” with a place. You need to create a feeling. “Whatever you feel when you make wine – love, hate, rage – this comes through on the palate.”

He describes “le sens de toucher” as imperative within his winemaking. “The old courtiers judged wine through touch – through ‘mouth-touch’,” he says, “[Like this] you communicate deeply with the wines.” Throughout this special tasting of Muenchberg Riesling and A360P Pinot Gris across multiple vintages, the dominant impression, although all unique, is one of assertive elegance, and a power that is clean.

On a technical basis, and unusually perhaps in this region of northeastern France, André has not been afraid of using malolactic fermentation – something his father told him would make him a “bad winemaker”. André’s son Arthur, also in the room and now prepped to take over the helm after spending time in New Zealand, has his own specific ideas too – hoping one day to use concrete eggs in his “next-generation” wines.

Arthur is equally philosophical in thought. “If you have aspiration, but you don’t have good energy you will not achieve anything. If you have aspiration and you feel good in yourself, that is when you will achieve.” André agrees: “[Wine is] a reflection of the soil, and of your own soul.” From verbal emotion externalised, to what we taste in the glass, today, never has a truer word been spoken.