Notes from Down Under: 30 Years of Frankland Estate 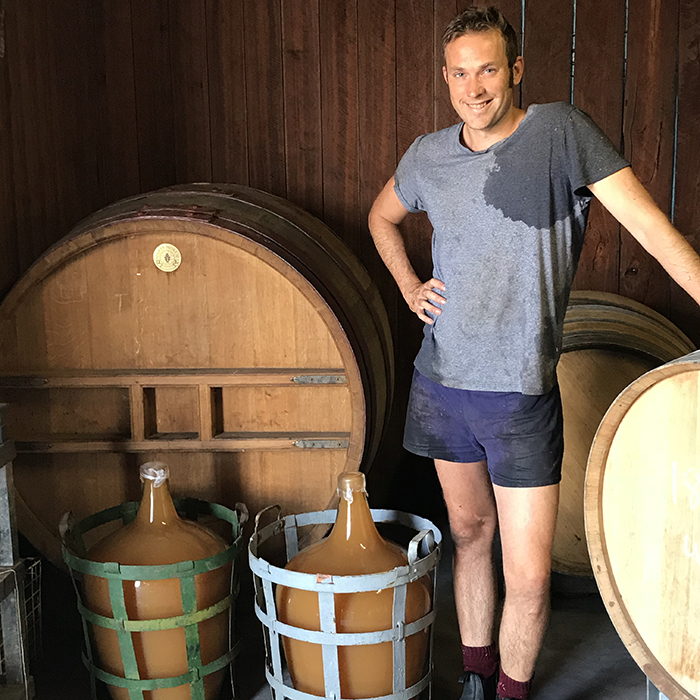 Two of the Berry Bros. & Rudd team are currently under harvest-arrest in Western Australia. Here, Wine Buyer Will Heslop reports on his experience so far, and celebrates 30 years of Frankland Estate

I write this from a veranda overlooking a mown wheat field and, beyond it, a forest of blue gums. The forest hides the rocky gully after which the nearest village, some five kilometres away, is named. Behind me – out of sight but rarely out of mind – are the vineyards of Frankland Estate where I’m working as a vintage-hand, on sabbatical from my role at Berry Bros & Rudd. I’m filthy and “plumb tuckered” from another day’s hard yakka, but very, very happy.

Frankland is a magical place, with the most dramatic skies I’ve seen; remarkable birdlife; heaps of ‘roos (obviously) and an appealing climate, few scorching days, and nights cool enough to warrant lighting the pot belly stove, even in early autumn. I’ve been made incredibly welcome here by the extended family which, together, runs Frankland Estate. Not only that, but winemaker Brian Kent and owner Hunter Smith have been at pains to expose me to as many parts of the winemaking process as possible. I hope they don’t come to regret it.

To top it all, my stay coincides with the estate’s 30th birthday, which we celebrated last weekend with vertical tastings of Isolation Ridge Riesling and Shiraz, followed by a blow-out lunch. The verticals were attended by members of the wine trade and press, and included a sensational 1991 Isolation Ridge Riesling – the first vintage produced – as well as the 2017 and superb ’16. The ’16 has gained texture and complexity from eighteen months in bottle yet retains the mouthwatering acidity that’s also a hallmark of recent vintages of Isolation Ridge Shiraz. Although I loved the voluptuousness of the ’04 and ’10 Shiraz, the ’15 and ’16 stood out for their precision and aromatic lift, owing perhaps to the use of 20 percent whole bunch fermentation from 2015.

Lunch, prepared by Russell Blaikie of Must Wine Bar in Perth, showcased ingredients from the Great Southern – a region boasting a thriving food, wine and craft beer scene despite its remoteness. Each course was accompanied by two back vintages of one of the estate’s wines, with Wagin duck rillettes and the off-dry ’11 Smith Cullam Riesling, a particular triumph.

Between courses, there were speeches by Hunter, wine writer Peter Forrestal, and Hunter’s mother, Judy Cullam, who founded Frankland Estate with her husband Barry Smith in 1988.

Judy and Barry owned a local sheep farm but were inspired by a trip to the wine regions of France to plunge headlong into viticulture. Many of their friends and neighbours were sceptical, but Judy and Barry had reason to believe they could make fine wines on a patch of land where no vines had previously grown: as early as 1956, Dr Harold Olmo, a viticulturist from UC Davis, highlighted the potential of the Frankland River region. Dr Olmo’s findings took into account the region’s climate and distinctive ironstone soil, of which a rich seam runs through Frankland Estate, beneath Isolation Ridge.

Terroir, talent and tenacity have combined in the 30 years since 1988 to transform Frankland Estate into one of Australia’s best sources of cool climate white (not forgetting our Own Selection Australian Chardonnay) and red wines. Judy and Barry remain fundamental to the fabric of this place, and still contribute much to its smooth running. But they’ve handed day-to-day responsibility to Hunter, their daughter Elizabeth, and Brian (Elizabeth’s husband), who bring every bit as much dedication, skill and good humour to the task. So, while its 30th birthday is an impressive milestone, more exciting is the prospect of what will be achieved here over the next 30 years.

2 Responses to “Notes from Down Under: 30 Years of Frankland Estate”