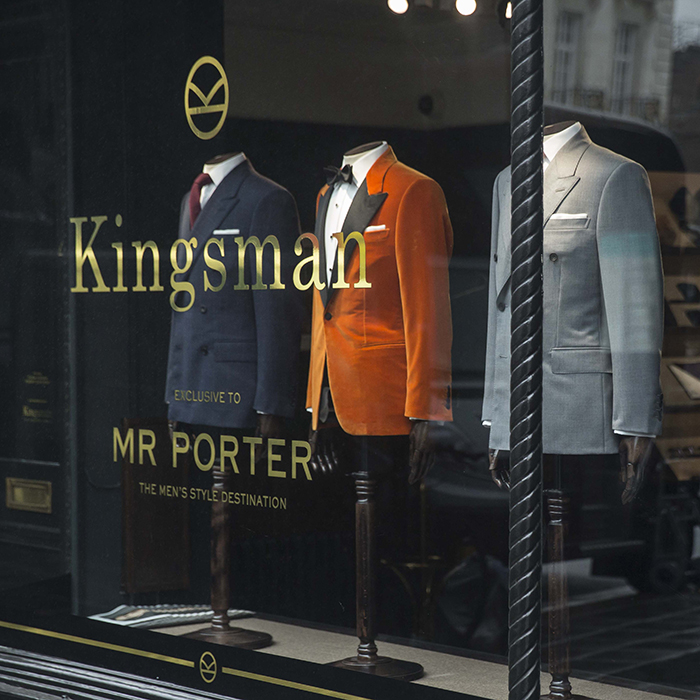 With the arrival of the MR PORTER x Kingsman pop-up shop at No.4 St James’s Street, Alexis Self sat down with MR PORTER’s Managing Director Toby Bateman to talk cinema, style and the new era of product placement

Westfield and St James’s Street represent a retail version of Dickens’s A Tale of Two Cities – one full of loud music and shoes with wheels; the other bowtie-clad staff who wouldn’t look out of place in the famous novel. Yet it is to the former I have come to discuss a retail concept in the latter. I’m ascending this commercial Everest in my Sunday best in order to meet MR PORTER’s Managing Director Toby Bateman and talk to him about its new pop-up shop at No.4 St James’s Street. To coincide with the release of Kingsman: The Golden Circle, MR PORTER has launched its second co-branded clothing line. Alongside this fine drapery, Berry Bros. & Rudd (and the back of our Creative Director’s head) also plays a starring role in the film – the second instalment in Matthew Vaughn’s satirical spy franchise.

MR PORTER’s serene light-filled office feels far removed from the hubbub below. Its positioning is symbolic of its place in the market – a “pure-play e-tailer”, the influential website, with its same-day delivery and personal e-shoppers, would seem to represent the future of retail. It has also never had a physical shop – until now, that is.

Next to Toby’s polished Oxfords and wool tie, my Sunday best looks decidedly average – I can’t help but think that my inelegance is reminiscent of someone walking into a Savile Row tailor in a yellow shell-suit… As Toby explains, MR PORTER’s involvement was largely down to the role that clothes play in the story: “Style is such an important part of the spy movie genre and Matthew Vaughn wondered if there was a merchandising opportunity there. We are constantly referencing cinema in order to talk about men’s style so, having a film full of great clothes, all of which you can buy, seemed like a dream come true.”

However, the resulting clothing line isn’t your typical merch – working with Arianne Phillips, the film’s costume designer, MR PORTER brought in some of its favourite brands, “Arianne and I both agreed that the style should be very Savile Row: Turnbull & Asser made the shirts; Cutler and Gross made the glasses; George Cleverley made the shoes; and Drake’s made the ties.” This decision to focus on the Mayfair mecca of men’s tailoring reflects the traditional garb of the gentleman spy but also the film’s script – the headquarters of the Kingsman in the first film is hidden behind the changing rooms of Huntsman, a Savile Row institution. When (spoiler alert) these headquarters are blown up, the secret agents must meet elsewhere and it is this that brought Kingsman, and MR PORTER, to St James’s Street. 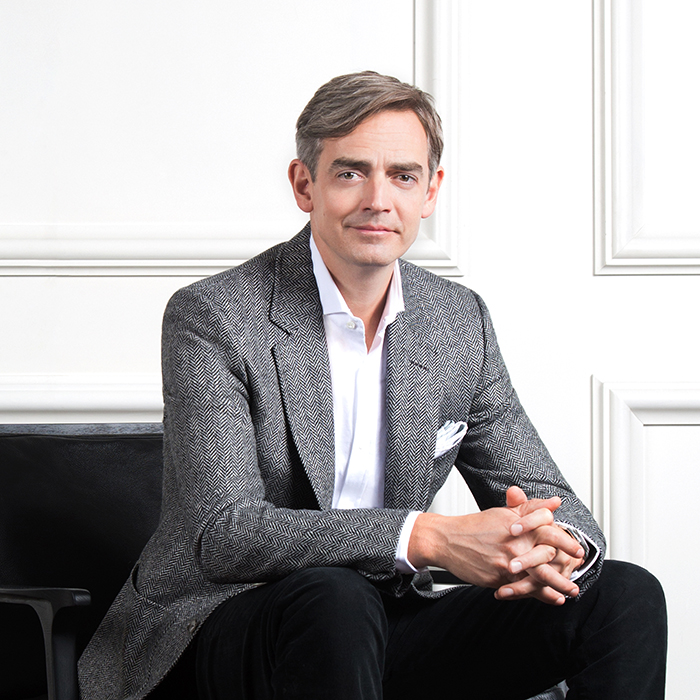 The new MR PORTER x Kingsman pop-up shop is located at No.4, where our reception used to be. In terms of appearance, it has all the hallmarks of a traditional West End tailor – wood-panelling, well-dressed mannequins and an exclusive postcode. But doesn’t a physical shop go against MR PORTER’s whole raison d’être? “We did a one-day pop-up on Savile Row for the first movie and had a lot of fun. We’re also a content-driven retail business and knew this would make a brilliant story.” And what better setting for a story than historic St James’s? Its oldest commercial tenants – Berry Bros. & Rudd – may seem the wizened embodiment of traditional retail but, in fact, in 1994, when MR PORTER was still a twinkle in its mother’s eye, we became the first wine merchant to launch its own website. Twenty-three years later, bbr.com continues to educate and inform, helping to lessen the sometimes intimidating process of buying good wine.

This too was a motivating factor behind MR PORTER’s founding, as Toby puts it, “the intimidation factor you get in a Bond Street boutique can be so off-putting.” I wonder, then, if this denizen of digital retail – which many say is ruining the traditional high street – believes that old bricks-and-mortar establishments still have a future. “Yes, most definitely,” he insists, “what online retail has done is to make traditional retail rethink things in terms of experience and service. Of course, customers are more digitally savvy now and can easily compare prices, so it’s important to tell a story around the product. People are always going to want a nice bottle of wine or a well-made shirt, but you have to explain the benefits of spending that extra money and why it’s going to enrich people’s lives. Apart from in St James’s, you don’t really get that specialist information or personal touch in shops anymore, whereas online there’s a consistency of service and information.”

This particular pop-up shop represents a new era of product placement, it doesn’t sell replicas of the film’s clothes but the real thing, often cut from the same fabric – from Eggsy’s orange velvet tuxedo to Harry Hart’s gold-plated cufflinks. But Toby insists the term “product placement” isn’t entirely accurate: “If you’re just a regular cinema-goer, there is no way you’d be aware that you could buy the clothes you’re watching, it’s much more nuanced than that, a complete immersion.” In fact, it might take a trained eye to spot Colin Firth rustling up a Martini with our No.3 Gin.

The last scene of the movie shows Channing Tatum in full Kingsman regalia entering the agency’s new headquarters at No.4. The enduring appeal of this most traditional of locations proves that there is still some life in the old shopping street yet.

Find out more about Kingsman in St James’s at bbr.com/kingsman