Germany 2016: against all the odds 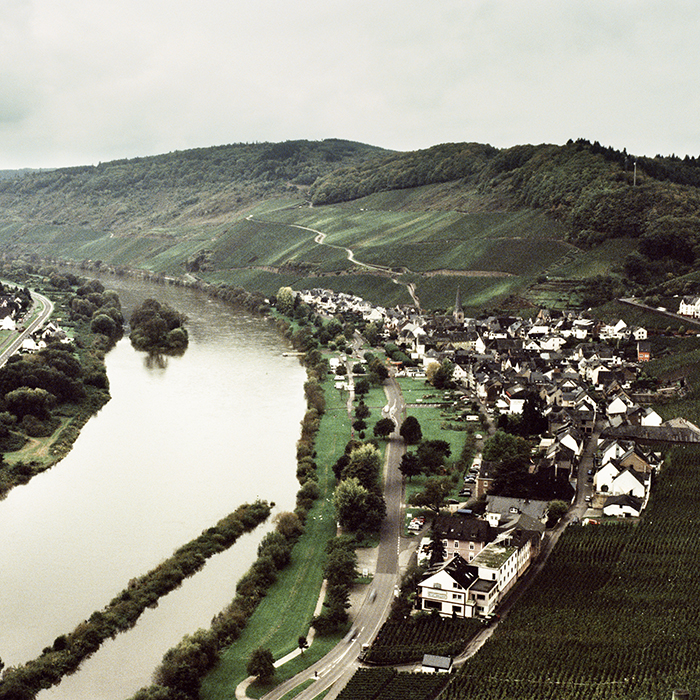 As we launch our Germany 2016 offer, our Buyer Katherine Dart MW reports on the conditions of the 2016 vintage and the styles it produced

The 2016 vintage defied expectation. The first half of the season was incredibly challenging because of the wet conditions, typified by the significant rainfall. Indeed, Johannes Selbach commented that this was the most labour-intensive vintage he had ever witnessed. He, along with our other producers, noted that constant vigilance and presence in the vineyards, throughout the growing season, was essential to ensure healthy fruit at harvest and subsequent wine quality.

The impact of the damp weather was less of an issue on very steep slate slopes, with much of the excess water running off, reducing the risk of humidity in the vines. This was definitely evident at Van Volxem in the Saar and Selbach-Oster in the Mittelmosel. However, conscientious growers still had to consider their treatments to ensure mildew (particularly downy mildew) did not become endemic and to reduce risk of botrytis early on. Eva Fricke used treatments including willow tree and orange oil to ensure that the vines remained healthy. Thanks to her viticultural diligence, she reported a better yield in 2016 than initially expected and suffered no botrytis.

The willingness to invest in the vineyards was also evident at Schaefer, where they harvested healthy fruit and experienced little to no botrytis. Although, because of this, they produced no Beerenauslese in 2016, they have produced a range of wines with exceptional purity and precision.

Despite the challenges posed by the start of the year, July was warm, though still lacking in sunlight hours compared to 2015. Possibly the most important natural change in 2016 occurred in August, and the expected fate of the vintage completely shifted. From this point, the weather was both consistently sunny and warm, with a peak in temperatures at the end of August. The warm weather allowed the predominantly slate soils of the vineyards to utilise their heat-retaining ability and encourage the vines to reach full physiological ripeness. Most significantly, this good weather lasted up until November, providing the growers with perfect conditions for harvest.

When we tasted in late spring, the wines expressed purity from tank and barrel and, in most cases at this stage in their development, the 2016s were more approachable than their 2015 counterparts. This was particularly evident at Heymann-Löwenstein, where the extreme topography allowed them to produce wines of incredibly complexity.

Overall, despite nature bringing a difficult start to the year, the outcome is exemplary with wines at all price points that will bring immediate pleasure, while still rewarding those that have the patience to give them time in bottle.

Browse our Germany 2016 offer on bbr.com.