The sheer pleasure of Sherry 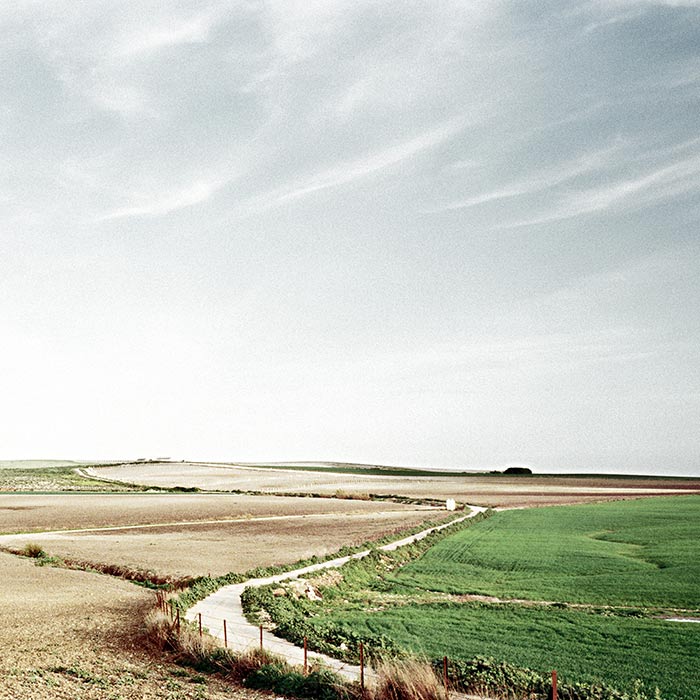 A road winds through the countryside around Sanlúcar de Barrameda. Photograph: Jason Lowe

As Lustau’s shipment of its three en rama Sherries hits our shores, Olivia Bodle makes a short pilgrimage north of the river, to Bar Pepito to sample the goods

In the vaulted cellars of Bodegas Lustau, just two barrels from each solera are selected earlier in the spring when the flor in the casks was at optimal thickness. It is these barrels that are then bottled to produce the annual release of its en rama Sherries. The wines are so special because they are bottled straight from the cask without fining, filtering or stabilising: intense and pure in flavour, they are of the highest quality and are not meant for keeping more than a few months, so drink up and savour their short appearance on shelves and wine lists.

Sherry has been cool for a few years now, no longer condemned as granny-juice, it has been picked up by the hipster crowd and there are multitudes of bars and restaurants with a real focus on fortifieds. Nothing could be more on trend than the new Sherry-come-disco bar Sack which has just opened in Shoreditch. Lustau’s tongue in cheek nod to their Instagram generation consumers is the large “#nofilter” printed boldly on the back label of the en rama bottles. I’m not sure if the Spanish classic, Rebujito (Fino mixed with 7Up and ice) will kick off in London this summer though.

Bar Pepito is an adorable enclave in Varnisher’s Yard, which has been put together with great authenticity; Esparto grass mats, used for drying Pedro Ximénez grapes, adorn the walls and the Spanish staff are delightfully knowledgeable. In such an intimate venue you sit elbow to elbow with your neighbours, perched on stools with barrel ends serving as high tables. A single chef prepares all the dishes in a space so small I feel it cannot be described as a kitchen, it is about the size of the desks you take school exams on. The menu is similarly petite, each dish paired with a Sherry recommendation. We started with the Lustau En Rama, Fino from Puerto de Santa María which was bright and refreshing with a delicate yeastiness. The saline quality of the wine with a bowl of briney, golf-ball sized olives and shiny, salty almonds was wickedly moreish on a muggy evening.

We followed on with the house recommendation of the cured goats’ cheese and pan con tomate with a bottle of the Amontillado, Los Arcos from Lustau. The amber coloured, softly nutty wine was wonderful with the tongue-tingling raw garlic and smoked paprika in the tomatoes. It seemed compulsory by this point to order another bottle of Sherry, so to go with our Ibérico jamón and loin we chose the Oloroso from the Almacenista Pata de Gallina. This wine is selected from a solera of only 38 casks and is surprisingly serious; it is rich and fruity with a hint of sweetness on the finish.

Of course, after three bottles my colleague and I were waxing lyrical about the versatility of Sherry, our new-found love for Bar Pepito and the land north of the river, but Bar Pepito speaks for itself. On a stuffy Tuesday evening, every stool in the room was taken and people were squeezing under umbrellas in the courtyard, determined not to let the frequent showers spoil their Sherry.

Seize the en rama season and start experimenting with your Sherry options – with your first stop Bar Pepito, for a low-key evening of tapas and a copita (or two).

One Response to “The sheer pleasure of Sherry”