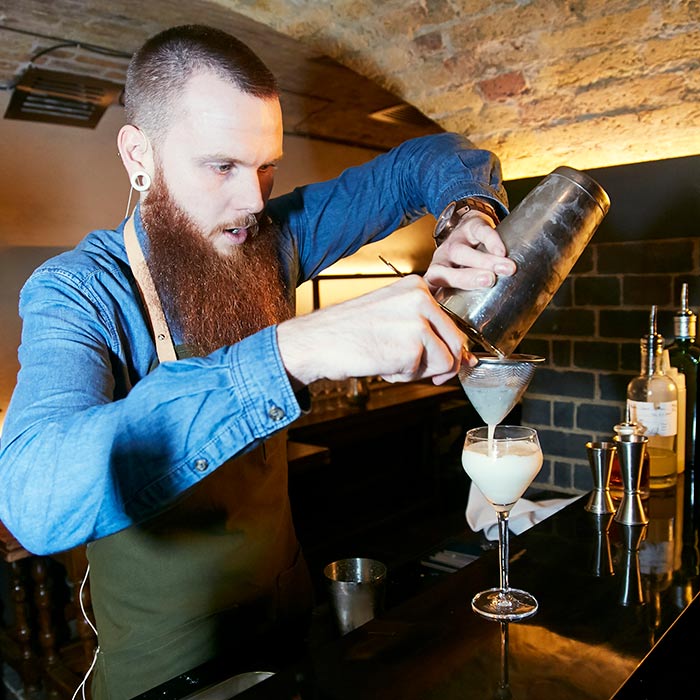 Following the inaugural “Unlock Taste” cocktail tournament, turning our Napoleon Cellar into a veritable gin den, Alexis Self reports on all the action, including the winning recipe

What’s the collective term for a group of beards? A bunch? No. A flock? Surely not. Anyway, whatever it is – a clowder…? On Tuesday 9th May, the Napoleon Cellar at No.3 St. James’s Street had plenty. That’s not to say that the 23 bartenders taking part in the inaugural No.3 Unlock Taste Cocktail Competition had been chosen for their hirsuteness – or, indeed, that all of them were hairy-faced – but perhaps not since Bonaparte’s day has this much facial hair congregated below ground.

Indeed, as 300ml of Champagne was added to a punchbowl filled with gin and pineapple sherbet, one could almost hear ancient groans of approval emanating from the subterranean walls. Or perhaps it was coming from the five judges, who by then had already tasted 32 different cocktails. Among the quintet of discerning palates were our very own Geordie Willis, Jess Cheeseman and Angela Lazenbury, who’d been asked to judge competitors’ drinks on everything from name to consistency.

The entrants themselves consisted of 23 of the country’s most exciting bartenders from bars in Aberdeen and Edinburgh; Liverpool, London and Leeds. Each was tasked with creating three original takes on a No.3 Gin cocktail, with the aim of showcasing its versatility. Those who’ve drunk it neat know that its six botanicals give a Dry Martini – the cocktail it was invented to perfect – a unique taste; but what many don’t know is that it also provides an exquisite canvas on which a multitude of other flavours may dance. 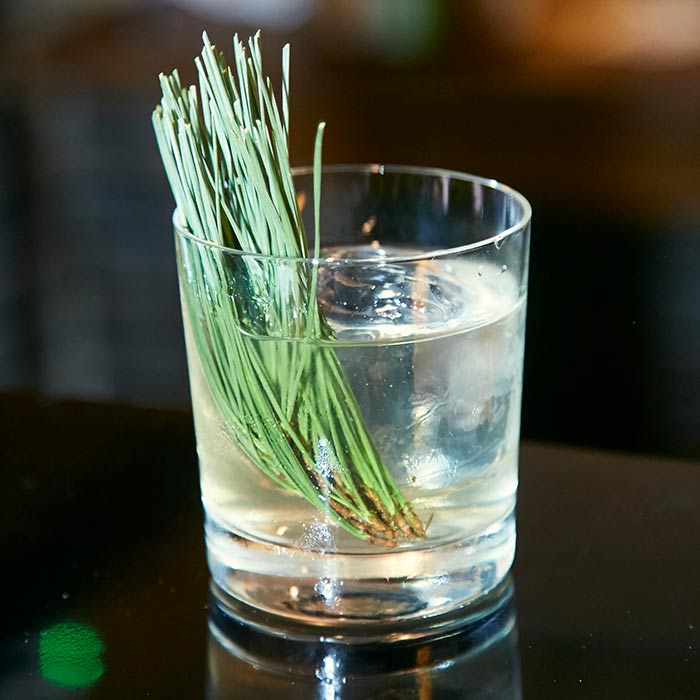 An enraptured crowd, clutching goblets of No.3 and T, watched as competitors used ingredients like micro coriander and chickpea brine to mix drinks with names like “Thyme for Change” and “Keys for Passion”. Besides it being an educational experience – now we know what to do with all that leftover chickpea brine – there was entertainment aplenty, from the frantic shaker-shaking, to the dulcet tones of the MC, Ronnie Cox, and his tales of ale pilfering and esoteric whisky ephemera.

After two hard-fought rounds, three London bartenders – from Fifteen, Hawksmoor, and Dandelyan – remained. Of the finalists, Mikey Ball, from the Dandelyan Bar at the Mondrian Hotel, took the trophy: a round-trip for two to San Francisco, but also the unofficial title of “King of Gin”. His take on a gin old fashioned – the “Eighth Merchant” (recipe below) – wonderfully straddled the traditional and the new, just like its main ingredient. As the winner himself put it: “the inspiration behind the Eighth Merchant was to showcase the major elements I feel make No.3 what it is – texture, taste, and tradition. I think versatility is the key to any gin and No.3, with its simple but strong combination of botanicals, is exactly that. All the flavours shine through in classic styles, but can also be emphasised in more exotic recipes.”

Add all ingredients to a mixing glass, stir down lightly and strain over block ice. Garnish with pine sprig and grapefruit zest.

To see the recipes for all 36 cocktails created, visit Difford’s Guide, and get mixing. If you think you could do better, have a go, and post your No.3 cocktails below, we’re always keen to try more.