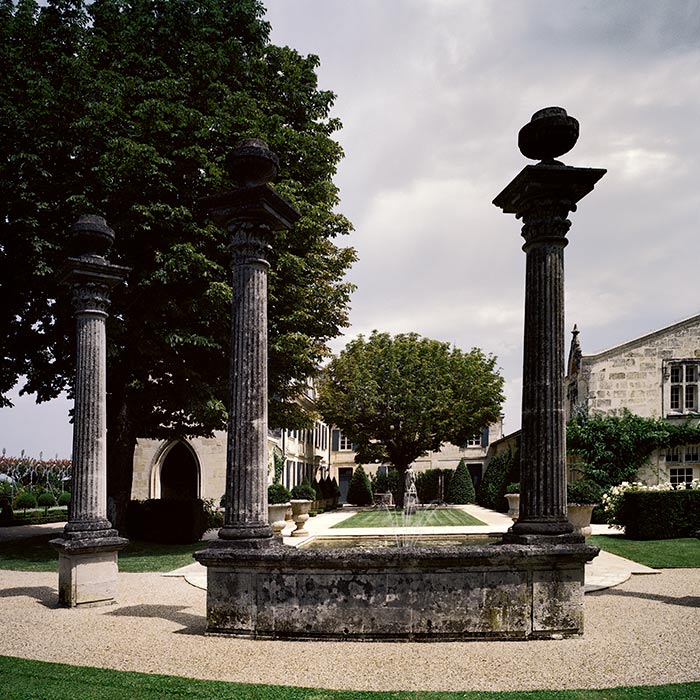 On day three tasting Bordeaux 2016 en primeur, Will Lyons and the rest of our team head south to the Graves, where the vintage represents the new face of Bordeaux, marked by its crunchy fruit and freshness

The Old World meets the New at Ch. Pape Clément. Here, nestled in a small corner on the outskirts of Bordeaux the owner Bernard Magrez likes to spoil those that have made the journey to come and taste his wines. There is valet parking, red carpets lead you to a marquee perched outside the château, complete with an electronic photo booth offering “cyber selfies”. Meanwhile piped music playing Beethoven echoes across the vines. In one corner there is a piece of high-tech machinery on display, a nod to the fact that most top estates are now run with the same meticulous attention to detail as a Formula One laboratory.

But for all the modern technology on show, this is the Graves, one of the oldest wine growing areas in the world. Pape Clément can trace its lineage back an astonishing 700 years. It was once owned by Bernard de Groth who later became Pope Clément V. When, in 1152, Eleanor of Aquitaine married King Henry II of England, thus switching on a trading relationship with Britain which saw the ports of London, Bristol and Leith “knee-deep in Claret”, the wines would have been grown in this area.

Today the wines in Pessac-Léognan and Graves, particularly towards the south, are some of the most delicate and fruity in Bordeaux. Equally famed for their reds and whites, these are wines with notes of red berries and black cherry, with crisp fruit, that have slightly more edge then their counterparts in St Emilion. In a year like 2016 where Cabernet Sauvignon has thrived, they can be spectacular. Ch. Haut-Brion, for example, has produced a wine that is incredibly fine, with glorious length. Compared to the upfront character of its little brother, La Mission, it tasted almost ethereal.

But although winemaking in this area dates back to medieval times and beyond, driving around today and tasting samples at Ch. Smith Haut Lafitte and Domaine de Chevalier, among others, it feels very modern.

Just a short drive from Pape Clément is the University of Bordeaux, whose department of wine sciences is earning itself an international reputation. But it’s the style of wines that feels contemporary. This year it feels like the Bordelais are using less wood, so the barrel samples are much less tiring to taste. This is particularly evident in the Graves. The alcohol is lower and the fruit quality is improved. If ever there was a vintage that signifies a post-Parker world, it is 2016. At Ch. Pape Clément the red is a return to the old style with freshness, notes of black cherry and spice, finishing with an attractive taut acidity. But Domaine de Chevalier and Ch. Smith Haut Lafitte also exhibit that bright, crisp fruit.

Of course, quality isn’t uniform. Nature was generous in 2016 and there is no need to exaggerate it. But some have. As we left the ecclesiastical splendour of Ch. Haut-Brion to return to our base in the Médoc it felt that, despite the history, there is sense of what those in the know have realised for some time: Bordeaux is actually very modern, as the wines of 2016 clearly exhibit.

Will Lyons will be reporting from Bordeaux all week. Find out more about the vintage here.

One Response to “Bordeaux 2016: a post-Parker vintage”