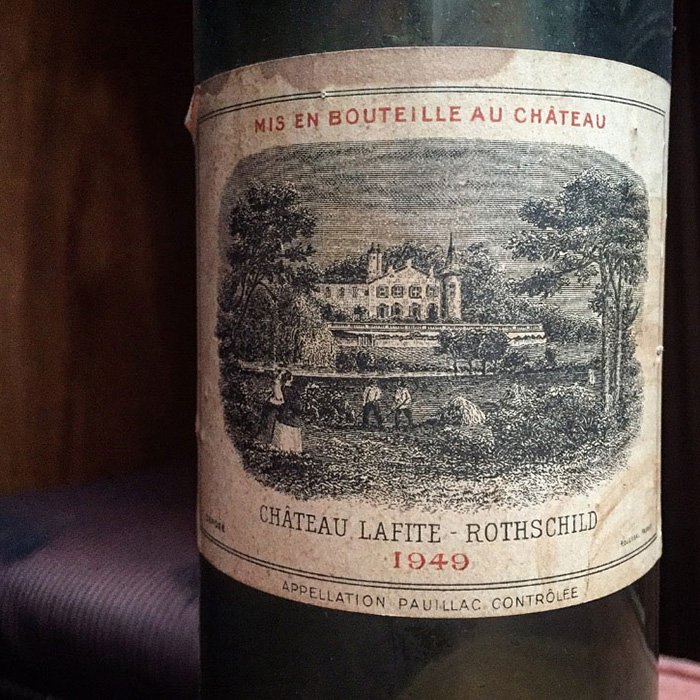 In 1973, one of our customers wrote to us, forwarding on a slightly unconventional thank you note they had received from one Cecil Day-Lewis, the grateful recipient of a Christmas present in 1957 – a magnum of 1949 Ch. Lafite Rothschild, purchased from Berry Bros. & Rudd. Here we publish the extract from our Number Three magazine

Written upon the Occasion of Drinking a Magnum of Château Lafite Rothschild, 1949, presented by W. N. Roughead Esquire

Our old friend Mr. Roughead has kindly allowed us to reprint the “Squib” which was sent to him some years ago by the late Mr. Cecil Day-Lewis in celebration of a Magnum of Claret supplied for their Christmas Dinner. We scarcely expected that a Poet Laureate would be one of our contributors but we are delighted to be able to include these lines.

After your Magnum of Château Lafite

We are still (but only just) on our feet.

Oh! What a feat to stay on one’s feet

After a Magnum of Château Lafite.

For Christmas, I’d much rather have a Magnum

Of Château Lafite than a large box of Sphagnum

Moss, or all the Girl Pipers of Dagenham.

(“I think there’s another glass left in the bottle” –