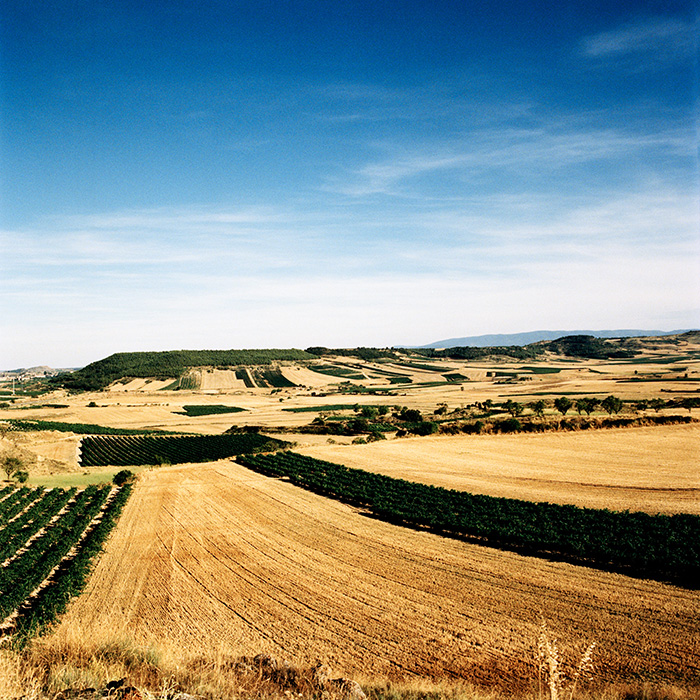 With our focus firmly on Spain, Buyer Will Heslop offers an essential guide to planning a vinous adventure in Rioja, with tips on bodegas to visit, must-try dishes and where to stay.

The quickest way to reach Rioja is to fly to Bilbao and drive due south – within an hour, you’re among the vineyards. Of course, Bilbao and San Sebastián hold ample attractions to keep you at the coast for a night or two before venturing inland, but the oenophile/gastronome should also consider Getaria, a fishing town half-encircled by vineyards (the bone dry white Txakoli is made here), which is famed for its seafood restaurants. Kaia-Kaipe, on the harbour’s edge, has an exceptionally extensive and reasonably priced wine list. After lunch, the Cristóbal Balenciaga Museoa, showcasing the creations of Getaria’s most illustrious son, is well worth a look. A swim in the beautiful, sheltered bay will restore your appetite in advance of a late dinner.

In Rioja itself, make Haro your first port of call. If your trip coincides with September’s Cata del Barrio de la Estación or the trio of fiestas (San Juan, San Felices and San Pedro) which take place at the end of June, so much the better. At any time of year, Haro is a superb base for wine tourism: the Barrio de la Estación, a short walk from the town centre, is home to many of Rioja’s best bodegas, including López de Heredia and La Rioja Alta. The majority offer tours and tastings – see the individual bodegas’ websites for details.

The 19th century winery and cellars at López de Heredia are particularly impressive, but just as memorable is the shop and visitor centre, a carafe-shaped structure of glass and steel designed by Zaha Hadid. It is one of numerous architectural wonders that rise improbably from the landscape of Rioja, such as Bodega Ysios and Frank Gehry’s extraordinary Ciudad del Vino, both approximately 30 minutes’ drive from Haro.

Haro is an appealingly modest town whose raison d’être is wine, rather than the tourist industry. An informal tapas crawl feels more appropriate than fine dining, so once evening falls join the riojanos at one of the myriad bars. For a non-vinous apéritif, head to Pub Teorema, where the remarkable selection of gins (and generous pouring thereof) more than compensates for the appalling décor. Move on to Los Caños for a glass of Viña Gravonia and tapa of deep-fried artichoke hearts. Next, try the morcilla con tomate, accompanied by lightly chilled tinto del año at Bar Beethoven. If you crave something more substantial, Restaurante Terete does a marvellous suckling pig – just the ticket with a bottle of tinto Reserva or Gran Reserva.

After all of which, you’re bound to require a digestif. Patxaran, a sloe-favoured liqueur, is the post-prandial tipple of choice throughout Northern Spain and a bottle also makes a nice souvenir as, I can confirm, it’s just as delicious when drunk out of context, ie back home in Brixton. Hotel Los Agustinos is an atmospheric venue for the night’s final libation, whether you’re a resident or not. Hotel Arrope, which is virtually next door, is a little less grand but has similarly comfortable rooms. 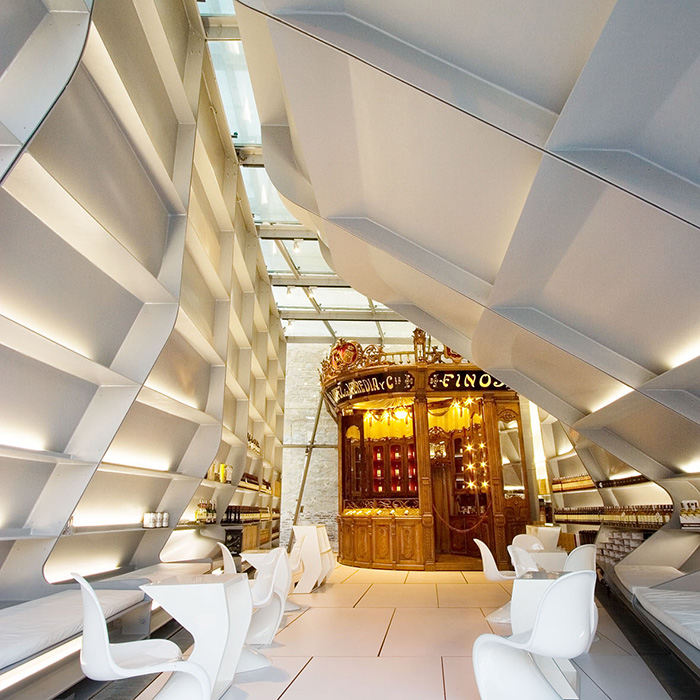 Leaving Haro, irrespective of your itinerary, allow yourself sufficient time to take the back roads, detouring whenever a distant spire or topographical feature piques your interest. Travelling east towards Laguardia enables you to skirt some of the most celebrated vineyards in all Rioja. Tondonia lies in a shell-like dip on the left bank of the River Ebro, which marks the border between the zones of Rioja Alta and Rioja Alavesa. A few kilometres further on, look out for Remelluri’s La Granja vineyard as you briefly re-enter Rioja Alta. Continue eastward, and you will cross once more into the Rioja Alavesa near the village of Samaniego, arriving minutes later at Laguardia.

The route from Haro to Laguardia reveals numerous variations in the terroir of Rioja, but to truly enhance your understanding of the subject, what could be better than a tour of the vineyards of one of the region’s principal terroiristes? Artadi, its winery located just outside the impressive medieval walls of Laguardia, was established in 1985 by Juan Carlos López de Lacalle. Juan Carlos espouses biodynamic viticulture and several winemaking practices – not least of which is the use of French oak rather than American – that remain highly unconventional in Rioja. A visit to Artadi (again, best organised beforehand, via its website) will provide the perfect counterpoint to your experience in the Barrio de la Estación. You’re most likely to conclude, as we at Berry Bros. & Rudd have, that despite their differences, the likes of Artadi and López de Heredia contribute equally to the richness of Spain’s wine scene – and make equally fabulous wines.

Laguardia merits an overnight stay, but if your time is limited, you may prefer to press on to Logroño, the largest city in Rioja and, per capita, surely one of Spain’s liveliest (no minor accolade). The boutique Hotel Calle Mayor is stylish, luxurious and a stone’s throw from Calle del Laurel, a street boasting no fewer than 60 restaurants and pincho bars. It’s no coincidence that lamb and mushrooms, two great matches for red Rioja, feature so prominently on the majority of menus. Pick anywhere with a crowd spilling out and you won’t go far wrong, but Restaurante Iruña is a perennial favourite of locals and pilgrims alike – the Camino de Santiago bisects Logroño – for its hearty meat dishes. Later, seek out the mushroom carpaccio at El Rincón de Alberto on Calle San Agustín. Don’t leave Alberto’s without sampling the goose barnacles (percebes).

The Museo de la Rioja, housed in an 18th century palace, will provide a fleeting distraction from the exertions of eating and drinking your way around Logroño. More notewürthy (sic) is the Museo Würth, a contemporary art gallery on an industrial estate 20 minutes from the city centre. Its excellent Joan Miró exhibition runs until February 2017, and the impressive permanent collection features paintings by Hockney, Warhol and Magritte.

To guarantee a spectacular end to your sojourn, treat yourself to a night at Hotel Echaurren, in Ezcaray. Better still, two nights, so you can dine at both of the adjoining restaurants – Restaurante Echaurren opened in 1898; the avant-garde El Portal followed over a century later, rapidly garnering two Michelin stars.

It’s a leisurely two-hour drive from Ezcaray to Bilbao airport. Alternatively, point your vehicle west towards Burgos and the delights of Ribera del Duero…

Explore our annual spotlight on Spain on bbr.com.