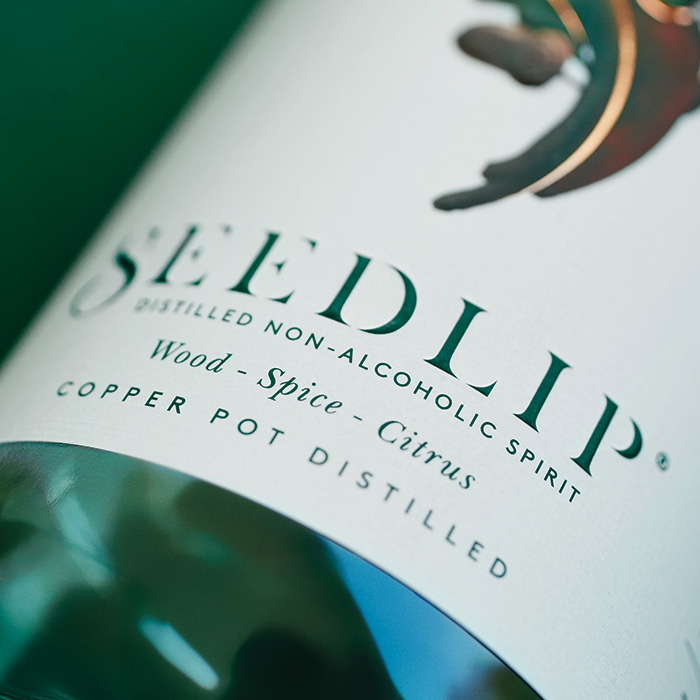 Sophie Thorpe talks to Ben Branson, the founder of Seedlip, the game-changing non-alcoholic distilled spirit that – at just nine months old – is revolutionising the drinks scene and providing a seriously tasty solution to the problem of what to drink when you’re not drinking.

All hail the death of the Shirley Temple, hurrah for the demise of elderflower cordial, bravo to the end of orange juice: soft-drink-seekers, your saviour is here.

The first non-alcoholic distilled spirit (luckily it comes with a catchier name), Seedlip, is the project of Ben Branson. As a confirmed oeonophile, an established imbiber and a Berry Bros. & Rudd employee, I never thought I’d consider replacing my G&T with something… well, soft. But then, there’s never been Seedlip.

The product of both a ninth-generation farming family and a brands and advertising guru (one of Pearlfisher’s founding partners), Ben combines his country charm with all the swish marketing and canny business sense of an entrepreneur – yet he’s genuine. A man with one simple aim: saving the world from sugary, fruity soft drinks.

After 10 years in brands and advertising, he decided that he wanted to work “on the other side of the table”. At first he only knew that he’d “like to do something with the land and nature and farming”, but also that, “It had to be something that made some sort of difference or solved some sort of problem for people – rather than just for the sake of it, or just to make money.”

His modern tale begins – of course – like all good stories, with Google. He found a book from 1651 called The Art of Distillation (“I wish I’d found it under the floorboards”, sighs Ben), which included recipes for tinctures and essences, both alcoholic and non-alcoholic, and all made using a copper still. “So I just bought a little still and started playing around in my kitchen.” (In case you are wondering where one picks up “a little still”, you can order them online, apparently.) Armed with a YouTube video on how to work a still and his home-grown herbs (in his words, “It was all pretty amateur”) he started experimenting.

What followed certainly wasn’t amateur: “I did what I did for other clients, which was start looking into what was going on in the world of alcohol, in the world of soft drinks, and started learning that Coca Cola’s been in decline for 15 years, and Diet Coke’s been in decline for 10 years, and smoothies are declining and people aren’t necessarily drinking more alcohol, but they’re spending more. And they’re willing to be a bit more particular about what they drink and what they buy. We’re a bit more aware of our health.” His timing was perfect, the war on sugar had begun, and Ben’s mind was whirring. 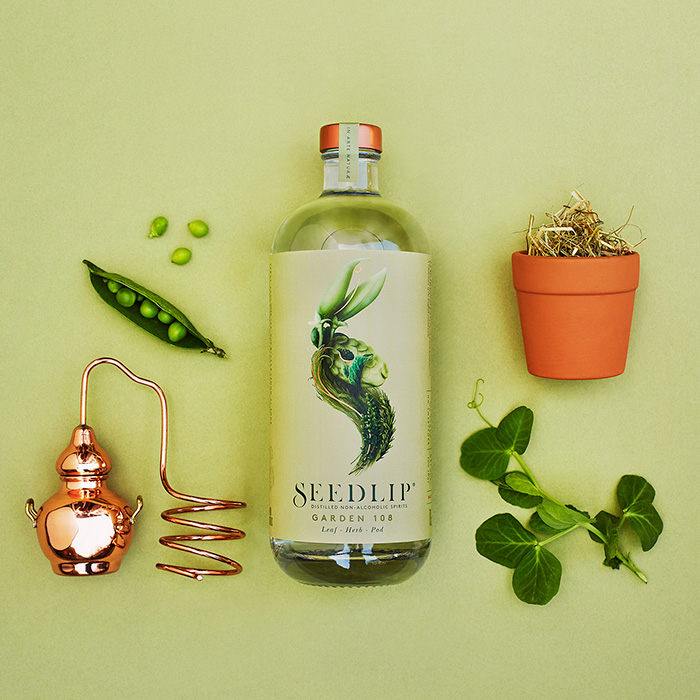 “I guess I initially wanted to solve my own problem of tonic water being about the most grown-up thing you can drink, and then quite quickly it appeared that – hold on a minute – if the world is being a bit more picky about what it drinks and those days of long business boozy lunches are over, and the government is telling us constantly we shouldn’t be drinking, and drink-driving limits are coming down, then […] Seedlip’s there to answer what to drink when you’re not drinking, whether that be Monday night at home, or Wednesday lunchtime or you’re driving or you’re pregnant, or the myriad of reasons.”

While today’s restaurants and bars offered amazing food, wine and cocktail options, he felt frustrated by the “absolutely one-dimensional” options left for non-drinkers: “sweet and fruity, long, gulpable, coloured, pink, straws and umbrellas, just not fitting the occasion at all,” as he describes them. It took Ben just two years from the first spark to packing boxes of his game-changing product into the back of his car and taking them to Selfridges (where Seedlip Spice 94 was sold exclusively upon launch and in the run-up to Christmas 2015).

The whole project is lavishly international, the Jamaican allspice, Argentinian lemon peel, cardamom from Guatemala, American oak, Bahamian cascarilla bark, the list goes on – all distilled separately in Germany by a man named Norbert (“You can’t make this guy up, he’s got long hair, plays rugby, wears shorts 365 days of the year. He thinks we’re pretty nuts.”) And it’s labour-intensive, each element steeped and distilled separately, for various lengths of time, at different temperatures, pressures, etc, meaning it takes six weeks to turn around just one batch.

The ambition behind the project is huge. While Seedlip shares some reference points with gin (copper stills, for one), Ben’s very clear that it’s not meant to be an alcohol-free alternative: “We want to create a new category, and play by our own rules, rather than being anything “less” or a compromise for people.”

With the clean-eating trend is potentially reaching its peak, I queried whether Ben thought there might be a risk of Seedlip slipping from popularity with the death of the Spiralizer. He was quick to clarify that they aren’t pushing Seedlip as a health drink (“But it’s helpful that it’s got no sugar, no sweetener and no calories.”). He thinks, and hopes, that “It’s not a trend, it’s not a fad, it’s just the way the world is going, in that there’s a lot of room for great non-alcoholic drinks, I think this is part of a wider lifestyle, whether it’s about drinking or not, or just looking after yourself. Hopefully we’re part of that.”

While two products launched within almost six months, and distribution soaring, Ben certainly isn’t resting on his laurels. A third product is due to launch in September (Ben teasingly hints, “a brown spirit, and that’s about all I can say on that”). Miniatures will hit the market, and a limited edition project with an English Sparkling Wine company is also on the cards; and then, of course, global expansion, “and – as ever – we’re in a hurry”. Firmly established in London’s restaurant scene, it’s hard to believe that Seedlip is so new to the market. Not drinking has never been so sophisticated (or so tempting).

The first iteration of Seedlip is Spice 94, named after the year in which Columbus discovered allspice berries in Jamaica (1494, for those of you who didn’t know). In Ben’s words, “I am very particular when it comes to allspice berries”: Seedlip only sources them from Jamaica, believing them to be much better from their original home than from Honduras or Guatemala, and because of the limited supply, they’ve actually “reserved a whole load”.

The second, and newest, edition is Garden 108, named because of the number of days on average it takes to sew, grow and pick the peas used in the product, grown on Ben’s own farm, from where the hay they use also comes. It has a much more “English countryside profile” in comparison to the more “exotic” Spice 94.

Find out more about Seedlip on bbr.com.