The smallest order we ever dealt with… 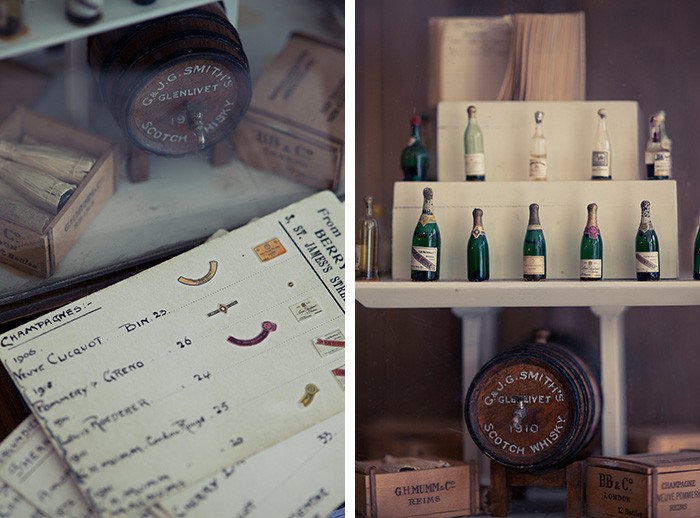 As we approach the Queen’s official 90th birthday, we republish an article from the spring 1970 edition of our Number Three magazine, all about a rather extraordinary royal order.

Nearly half a century ago Francis Berry was entrusted with a task that was one of the most difficult but delightful he had ever undertaken – to arrange the Wine Cellar for Queen Mary’s Dolls’ House.

Designed by Sir Edwin Lutyens, this amazing miniature residence can be seen at Windsor Castle displayed in a glass case so that the sightseer can look into all the rooms. It provides a view through the wrong end of a telescope of gracious living between the two wars, preserved for nostalgic posterity.

The idea of the House was conceived in 1920 by a group of people who wanted to present Queen Mary with a gift that would be an expression of national affection and esteem, and at the same time would help to raise money for charitable work that was one of her chief concerns. The House was presented to Her Majesty in 1924, and was exhibited several times at the British Empire Exhibition at Wembley. Money raised through the Dolls’ House has gone to charity ever since.

The scale of the Dolls’ House is one inch to a foot and, as the late Professor George Saintsbury wrote in The Book of the Queen’s Dolls’ House: “Great as must have been the consideration required by other apartments of this House, reasons might be put forward for doubting whether any demanded as much as the cellar”. Although his partners probably had mixed feelings about the amount of time involved – some of it in office hours – it was of course a great honour to be chosen to organise this cellar and the responsibility specially appealed to Francis’s highly methodical nature.

He found the challenge of faithful, microscopic reduction tremendous fun. The De La Rue Company were entrusted with the printing of the labels to the correct size, the Whitefriars Glass Works with the production of the bottles and Messrs. Avern & Bucknall with making the miniature corks. Mrs. Berry herself made the straw envelopes for the Champagne bottles out of raffia. The utmost care and artistry were lavished on miniature reproduction of the labels for bottles specially produced to the current dolls’ scale, and, incredible as it seems, every bottle was filled with the wine corresponding to its label. As the equivalent in dolls’ wine bottles to one of ordinary size is reckoned to be 1,728, and the circumference of a single drop of wine is greater than the mouth of the bottle, it is not hard to imagine the extreme delicacy of the filling operation. Francis found that women had the keenest eye and the steadiest hand for this tremendously detailed work, and to keep up their enthusiasm he had to sweeten them with presents. 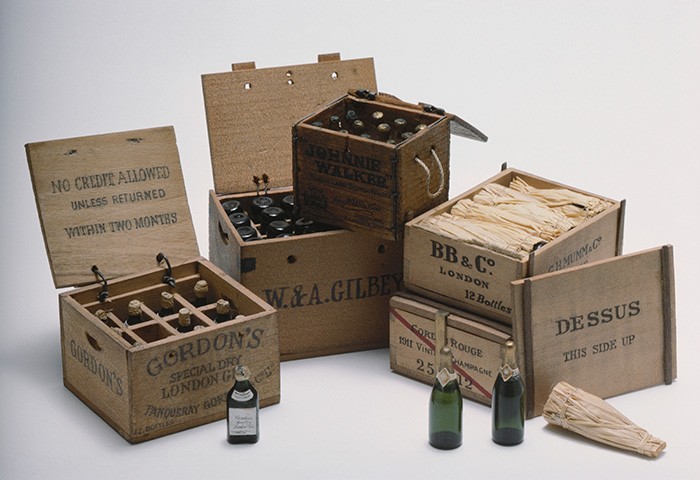 In the end miniature pipettes were made to fill the bottles, which were fitted with tiny corks tight enough to keep the wine good in most cases for 40 to 50 years. The Champagne, however, had to be robbed of its sparkle before it could be coaxed into the bottles at all. And it is certain that, once inside, the wine could not easily have been induced out of the bottles again. There is an amusing account by an aeronautical engineer in The Book of the Queen’s Dolls’ House of some of the difficulties that drinkers one-twelfth of normal size would probably experience.

“We shall see that even table manners may be dominated by viscosity! For when the liquid is poured from minute toy bottles (and there are dozens of good Port Wines in the Queen’s Dolls’ House cellars) it is most reluctant to flow, a defect not noticeable in the relationship between the wine and the bottle of our more human moments.

“At a state function when the Dollomites rise to toast His Majesty the King of England – as they assuredly do – we notice that it is not sufficient for them to tip the glass to their lips and tongue, as is done in the best circles, but – shades of Chesterfield! – they suck the wine out of the glass. Their smallest glasses, if filled with liqueur, could certainly be turned upside down without any single drop being spilt!”

The selection for the cellar was a special delight to Francis Berry. Among the fine wines and spirits for dolls of discriminating palate were 1906 Veuve Clicquot; 1904 Romanée Conti; 1851 Cockburn; 1875 Château Lafite; 1820 Bual Madeira; 1874 Châteaux Yquem; Green Chartreuse (pre-expulsion of the monks); and 1854 Grande Champagne, Cognac. Altogether there were thirty-eight varieties of wine (in bottles and magnums), spirits (in cask and bottle) and liqueurs. The doll-sized bins contained 66 dozen bottles in all. They included good table wines, and bottles and casks of Bass – for the refreshment of “below stairs” dolls.

The cellar was completed with tiny articles such as candle, matchbox, corkscrew, case opener, copper funnel, wicker hand baskets for wine, and miniature Cellar Book with a complete record of the wines, spirits, and liqueurs housed there.

Although we have dealt only with the section of the Queen’s Dolls’ House here with which it was our privilege to be concerned, contributions were made by hundreds of eminent designers, artists, poets, writers and craftsmen. The accurate reproduction to scale and painstaking attention to delicate detail in every apartment must make this the most marvellous dolls’ house in the world. One could almost wish it were possible to shrink like Alice and wander round – and see how the wines are now tasting.