A window on the wine world 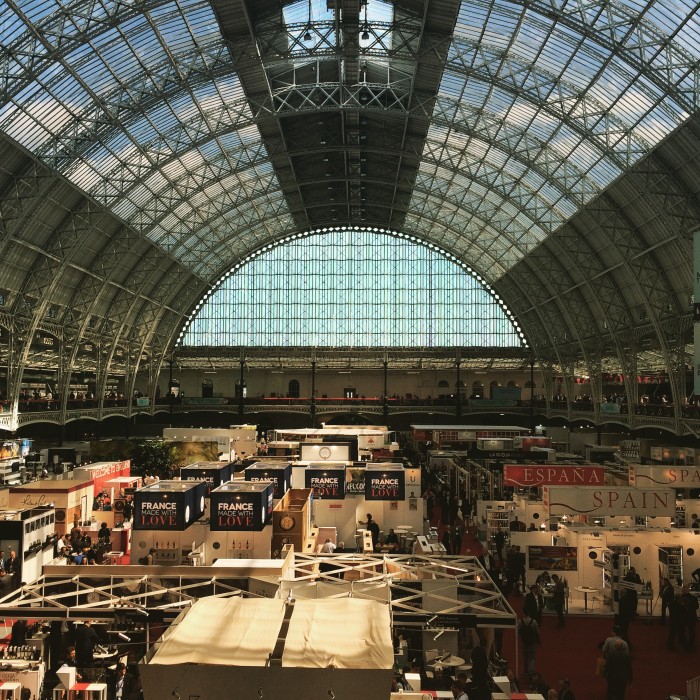 Sophie Thorpe reports from day one of the London Wine Fair – the UK’s most important trade forum, and a hotbed of views, opinion and exciting new wines.

As Miles Beale, Chief Executive of the Wine & Sprits Trade Association (WSTA), so succinctly stated in his industry briefing, “the London Wine Fair matters and it matters a lot, because the UK matters”. The UK wine trade generates £17.3 billion in economic activity every year, with 170,000 people employed by the industry. The UK is the world’s second largest wine importer by volume (behind Germany) and by value (after the USA). Per head, we are the world’s leading importer. For rather a little country, it’s clear that we consume rather a lot of wine, particularly the really good stuff.

Citing Berry Bros. & Rudd as an example of our nation’s long vinous history, he also highlighted the UK’s constant progress, as well as its position as “the most diverse wine market in the world”. He suggested that advances in bulk wine transportation, improving quality, efficiency and reducing the carbon footprint, represent a “quiet, modern and rather British revolution”.

It seems that 2016 is a pivotal year. Uncertainty around Brexit is key, with 90 percent of those surveyed by WSTA wanting to stay within the EU. He suggested that Conviviality’s purchase of Bibendum PLB seemed to represent a “seismic” change in the industry, blurring the lines between the on and off-trade; while he predicts that 2016 will be a break-through year for English wine, with production set to double by 2020 and export targets set at a ten-fold increase in the same time. Interestingly he suggested that exports could no longer be considered in terms of countries or continents, but in terms of cities. The WSTA is looking to target a list of 20 cities in Europe and North America for exports of not only English wine, but British gin, which is also burgeoning and has a similar audience.

As a Harpers panel discussed, though, the wine industry is feeling the pressure of the “craft” phenomenon. As micro (and not-so-micro) breweries or distilleries dominate retailers’ shelves and column inches, the panellists looked to find how wine could cash in on its “craft credentials”. It was clear to all that the definition of “craft” was rather loose depending on who you speak to and, as Andrew Shaw, Buying Director for Bibendum PLB, mentioned, in the US is defined as producing under 6 million barrels of beer a year, by which standards 98 percent of wine producers would be deemed “craft”. But the question was, does authenticity actually matter? Is it really about having a folksy story, or is it down to clever (and sometimes creative) marketing?

Chapel Down’s CEO, Frazer Thompson, felt that their had to be a functional difference as well as an emotional pull created by marketing. He cited Chapel Down’s Curious range of beer and cider, suggesting that it was the unique winemaker’s approach that had led to their success on the craft scene. There is of course, a “feel-good factor” for consumers buying what they think are artisan products. Andrew cited a Wine Intelligence report in which 54 percent of participants felt that buying “craft” was a good way to support small suppliers.

The same report asked, “Could wine be cool like gin or beer?” The responses were not promising: as the drink of their parents’ generation, it doesn’t “belong in the railway arches in Hackney”. While we’d challenge that (Sager + Wilde as our case in point), there is – as Wine Car Boot’s Ruth Spivey suggested – an issue with wine’s inaccessibility: consumers remain “baffled” by wine, yet are comfortable declaring a passion for craft beer or spirits, despite both being equally complicated in terms of production.

It was mooted that only having the beginnings of domestic production had been a hindrance to the trade. Andrew compared the UK with Australia, where people could visit producers easily, engage with the stories and become instant ambassadors.

Giles Cooke MW, Wine Development Director at Alliance Wine, suggested that wine’s inevitably slow product development timescale, particularly for traditional producers owning their own vineyards, limited experimentation. This, paired with the expectation that wine should be aged, thus delaying the time between consumers feeding back on a product and it being made, means that the wine trade is slow to evolve.

One commenter praised Stella Artois (the biggest alcoholic brand in the country) and Jack Daniel’s (the biggest single whisky/whiskey brand in the world) for their triumphant marketing and advertising – selling a persuading story with charm, suggesting that – by contrast – the wine industry seemed concerned not with the “romance” of wine, but with terroir, even though “Consumers couldn’t give a toss about terroir.”

But it isn’t just brewing and distilling that threatens the industry. After January’s announcement that the government would be reducing its recommended maximum alcohol consumption, a heated debate took place over the health risks or rewards of wine.

Tony Edwards, author of The Good News about Booze and BMA award-winning medical journalist, suggested that moderate consumption was highly beneficial – capable of reducing a drinker’s risk of heart disease, diabetes, dementia, osteoporosis and some forms of cancer. Meanwhile Humbolt Prize-winning pharamacologist Professor David Colquhoun argued that survey data, no matter how extensive, could not be trusted, as there were too many other factors at play. He quoted a Mendelian randomization that suggested, in line with Dame Sally Davies, Chief Medical Officer for England’s claims, any consumption of alcohol puts you at risk. Tony, however, cited a Canadian clinical trial with mice that had proven that moderate drinkers had the longest lifespan and a meta-analysis of 25 separate studies that found no connection between cancer deaths and drinking – contrary to Dame Sally Davies. Eventually Professor Calquhoun admitted that he felt there should at least be a “higher risk” recommendation for consumers, with the one-percent level of risk in the current government guidelines too low.

Questions, comments but no clear conclusions: clearly on this topic at least there is far more to come.

Look out for more news and views from the London Wine Fair 2016, as we report from the event.