The wildest winemaker in the West 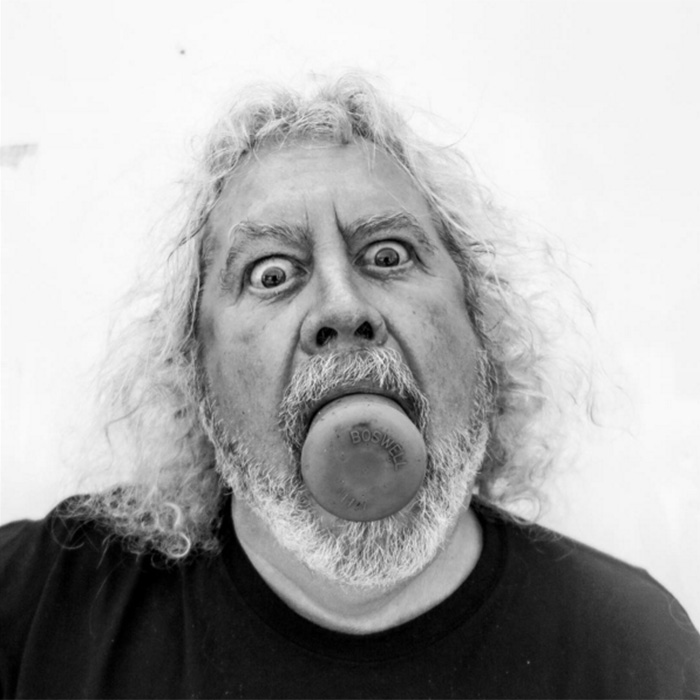 “I don’t know how I went straight from Wild Boy to Wild Grandpa, I never got a wild middle age!” Jim Clendenen chuckles softly. Before meeting the Wild Boy himself, I had visions of a riotous, raucous, rambunctious man – larger than life and certainly larger than his elegant wines. To my surprise, he was soft-spoken and considered – more intimidating in his quiet than the boisterousness I had prepared myself for. Of course, his discourse is far from diplomatic, but the delivery is discreet.

I meet Jim, unarguably the poster boy for the new, restrained California, at the In Pursuit of Balance tasting in London, an event bringing together winemakers seeking truly balanced Pinot Noir and Chardonnay. It hasn’t been the smoothest ride for Clendenen since he founded Au Bon Climat in 1982, determined as he was to make restrained wines that didn’t necessarily always please the international palate. Today though, both he and his wines are New World icons.

In 1989 and 1990, Au Bon Climat featured on Robert Parker’s shortlist of the Best Wineries in the World, but fell from the critic’s graces within the next decade. Their rather public spat has rumbled on over the years, but Jim now feels he’s “beyond” it. Talking about making it onto the shortlist in ’89 and ’90, he says, “That’s a bunch of bunk too, but it was nice. And once you’ve won the Academy Award, they can’t take it away from you […] I don’t think that my style of wine ever changed, and I think his preference for a style of wine changed.”

Jim feels that their row went beyond what was in the bottle, with Parker’s opinion changing after bumping into the Clendenen family on holiday in Paris. “He felt that as a winemaker I had an obligation to be poor and humble. And I just wanted to say to him, all you have to do is go into every garage in Bordeaux and every garage in Burgundy and open the doors: you’ll find a Mercedes. They don’t park ’em on the street. They’re not hanging around being poor.”

After I query Parker’s relevance today, Jim says, “He was at the right time to explode the interest in ill-informed, under-educated and inexperienced potential wine customers and he gave them something to look for. I don’t know how many people would say that ‘I cut my teeth with Parker and he still informs my purchases’. […] But he’s still a real crux of stylistic winemaking decisions.”

Clendenen is clear on the power that Parker undeniably and maybe unknowingly holds, recalling the moment an Oregonian winemaker confronted the critic: “The guy gets up and says ‘My last Pinot Noir got 82 points and I can’t sell it.’ He was crying […] and Parker, you could see, was humbled and hurt by the experience. This was a long time ago, I’m not sure if these days if he’d be as humbled or as hurt. But it wasn’t his game to give a low score to ruin someone’s life.”

The Judgement of Paris, the 40th anniversary of which is this year, undoubtedly represents a pivotal moment in the Golden State’s history. “There’s no question there was a big change in California,” Jim says, but he is emphatic in his opinion that it wasn’t the definitive moment for Californian wine: it was only the beginning. Sadly many of the producers who took part in the original tasting are only of historic importance today, he suggests. “Château Montelena is still making wine and it’s the most boring style of wine on the planet and has been since within 10 years of [the tasting]. When Mike Grgich left, he started Grgich Hills and Grgich Hills became completely irrelevant after a while, because there was no innovation, there was no change.”

The spotlight was on the Californian wine industry again with the release of Sideways. Au Bon Climat, like many Pinot Noir producers, benefitted from the “Sideways effect”. “Pinot Noir was ready for its close-up,” Jim says. The timing was perfect, coinciding with the excellent 2005 vintage, and resulted in the winery’s sales increasing 80 to 85 percent in one year: but, while the halo effect of the film made Pinot Noir popular, the boom was relatively short-lived. Hard times lay ahead with 2008’s financial crash, “Then the boxes started really building up.” Luckily things have picked up since then. 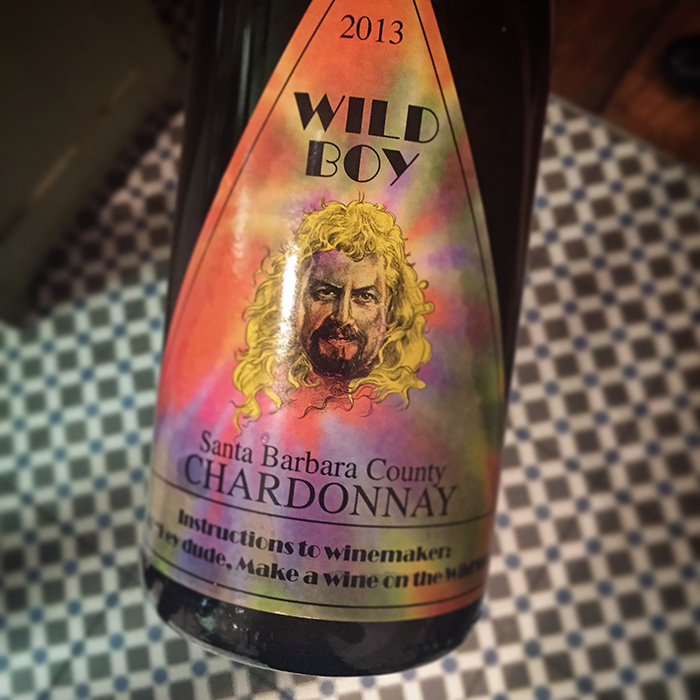 The real value of wine

Jim Clendenen’s wines are inevitably compared to those from the Côte d’Or, but – as Jim says – “there is an inescapable difference in the price. Would I refuse the money, if somebody offered me [$2,000] for my wine? Of course not. But it has happened really quickly. And I don’t know what happens to the consumer.”

He is clearly concerned by the pricing and trading of fine wine, its evolution into a currency, disconnected from the consumer and, indeed, consumption. “I’ve got friends who’ve been generous to me for 40 years with their cellar, but now every time they open a bottle of wine, they tell me what they think it’s selling for at auction right now. And I’m just kinda going, this is what you worry about? Instead of what the wine is in the bottle?”

Looking forward, Jim believes that “the future for very expensive bottles of wine [is] finite. I can’t imagine there being enough people who really want to buy wine not for the sake of deliciousness.”

While undoubtedly known for his classical, Burgundian-styled wines, Clendenen has for 35 years been experimenting with other varieties. “I’ve never met a grape that I don’t love,” he says. Discussing the potential with Mediterranean varieties, he says “I think climate-wise we have much more in common in California with the kind of aridity and climate that grows Italian varieties than we do with the French.”

He has been making a Nebbiolo since 1988, but has had to pare down his alternative project over the years. He feels that the small-mindedness of Italian restaurateurs means that Italian varietals grown in the US will never equal the international grapes in reputation: “[They] have their heads so far up their asses that they will not buy non-Italian-made Italian varieties, and it’s completely crazy. They buy their lettuce from the US, they probably buy their pasta from the US, but they just don’t want to have any non-Italian wines on their list. And I just don’t get it.”

In pursuit of perfection

Tasting the Au Bon Climat range, it is clear that balance has been achieved (In Jim’s words, “The In Pursuit of Balance thing is completely irrelevant now”). So what next? “We farm better. We respect our terroir more. We can make a good glass of Pinot Noir now, maybe we can make a very good glass of Pinot Noir sometimes, and so my pursuit is to see how far we can go from there.

“I want longevity, I want intensity, I want complexity, I want all the things that are Californian fruit and sufficient acidity. I want a whole different dimension where you take the grape and you take the barrel and you take a little bit of work in between and you can make something that doesn’t remind you of grapes on any level.”

As an organic farmer, I queried whether he would ever look to convert to biodynamics. He was offhand in his response, feeling it is “just another pile of bull**** that’s thrown at the consumer. If somebody grows good grapes, then I don’t care how they grow them.”

When I ask Jim what the most important lesson is from his 35 years running Au Bon Climat, he says, “The customer’s never right, but the customer often is smarter than I give them credit for. It’s amazing, you think they’re just a whole bunch of knuckleheads.” Clendenen’s untameable honesty – about anything from customers and critics to biodynamics and Burgundy pricing – may be the source of past problems, but it has also created a brand that he truly embodies, one that is in stark contrast with the polished presence of the Old World’s media-wary winemakers. This, coupled with a determined lack of complacency (“the truth in the wine business is everybody could improve”) and an absolute enthusiasm to experiment are the ingredients that will ensure the Wild Boy of Californian wine’s legacy is the greatest in the west.

3 Responses to “The wildest winemaker in the West”