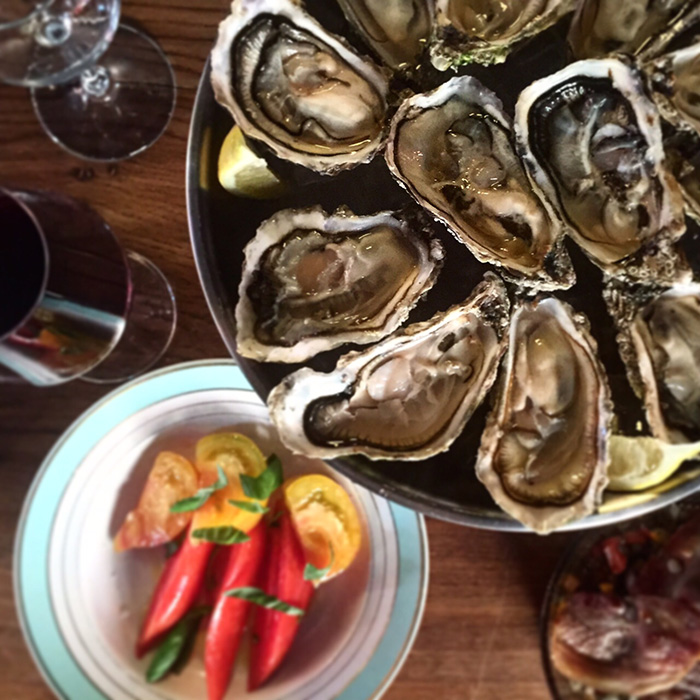 It would be strange for us to offer a guide to Bordeaux without concentrating rather heavily on the all-important sustenance. In the third instalment of our guide, Philip Moulin focuses on exactly that, reeling off recommendations for superlative eating and drinking in Bordeaux.

Eating and drinking well in Bordeaux is something locals almost seem to take for granted. You will never be far away from something decent to eat – there are literally hundreds of restaurants in the city centre, and they all seem to be absolutely heaving. If you want somewhere safe and traditional, then your best bet will be one of the many excellent brasseries. Our favourites include La Brasserie Bordelaise (Rue St Rémi) and Le Noailles (Allée de Tourny). Intriguingly some of the best-value wine lists are to be found in Japanese and Chinese restaurants here, which are usually excellent: however, the suggestions below are made on the assumption that on your first visit you would rather stick to local, Bordelaise cuisine.

In the Médoc: No visit to the Médoc is really complete without a visit to the Lion d’Or in Arcins. Make sure you book early for a table at lunch. Although the legendary Monsieur Barbier has moved on, his spirit remains and his former Head Chef remains in situ, along with the best team of waiters in Bordeaux. Try the local Grenier Médocain as a starter – a coarse terrine of pig’s stomach, garlic and spices. The pigeon is usually superb as is the slow cooked lamb, but whatever you do, make sure you order enough frites for the whole table. They are actually thinly sliced sautéed potatoes, and are a thing of utter joy.

If you are in Pauillac for the day, we tend to recommend the Café Lavinal, in the lovely village square behind Ch. Lynch Bages: traditional bistro menu in a light, airy atmosphere.

In St Emilion: La Terrasse Rouge: a striking restaurant atop the winery at Ch. la Dominique. Good food, slick service and a super view of neighbouring vineyards (such as Cheval Blanc).

Les Belles Perdrix de Troplong Mondot: a stunning location, and happily the food is more than a match for the view.

In Bordeaux: L’Univerre is a regular haunt for the wine trade. The food is rustic and hearty, however the wine list is really the point – comfortably the best in Bordeaux.

La Tupina is an institution, which has fed presidents and film stars down the decades. If you have never been to Bordeaux then you ought to eat here at least once. It is a homage to Gascon food – think foie gras, duck heart brochettes and cassoulet, most of which is cooked on an open fire which greets you as you come in. The frites are cooked in a cast-iron cauldron of duck fat. The wine list is brutally expensive, so this is where you need an eye for the overlooked vintages.

Make sure you eat:

Bordeaux is not generally thought of as a nightlife destination. Although this is a university city, its nightlife is not particularly cosmopolitan, and is largely confined to cafés and neighbourhood bars. The Place du Marche in Chartrons, for example, is often overflowing with happy, vocal crowds at the outdoor tables of its many good-value restaurants.

However, one bar in particular has been the favourite haunt of many a wine merchant desperate for something long and cold to cleanse the palate after a day tasting wine. The Café Brun on Rue St Rémi is a haven for beleaguered palates, with a great selection of beer, often live (and always loud) music, and general lack of pretence. The loos are “multi-gender”, which sometimes proves confusing to new patrons… and amusing for everyone else.

Make sure you drink:

As with most French vineyard regions it can be hard to find anything on local wine lists that come from outside Bordeaux. Older vintages are particularly hard to come by as the French drink their wine far younger than us. Be prepared to put your strange British tastes to one side and embrace the youthful fruit of more recent vintages.

Dry white Bordeaux goes well with pretty much anything, and is actually one of the better kept secrets of the wine world. It’s perfect with seafood, and one of the only things that genuinely goes well with asparagus – useful as this is a common ingredient on Bordeaux menus.

Don’t expect to find bargains on local wines lists. The Bordelais are well aware of the value of their bottles and they charge accordingly. To find the best value, you need to acquaint yourselves with the less well-known communes, such as Moulis and Listrac in the Médoc, or the Côtes de Castillon and Blaye on the Right Bank. It also pays to know your vintages, as some of the best deals are on the “overlooked” vintages such as 2007 and 2011. Don’t follow the herd and you can drink well for not too much.

Finally, everyone should try a glass of Lillet while in Bordeaux. Very much a local apéritif and rarely seen outside the region, Lillet was made famous by Ian Fleming in Casino Royale as the key ingredient in a Vesper Martini. While it is delicious in a cocktail, it really is lovely served ice cold, on its own, as you sit and people-watch in the Place de la Comédie.

Read the first two parts of the Berry Bros. & Rudd guide to Bordeaux here: look out for the fourth and final instalment, with our tips on which châteaux to visit and the “musts” for any trip to the region.