On the table: Frenchie 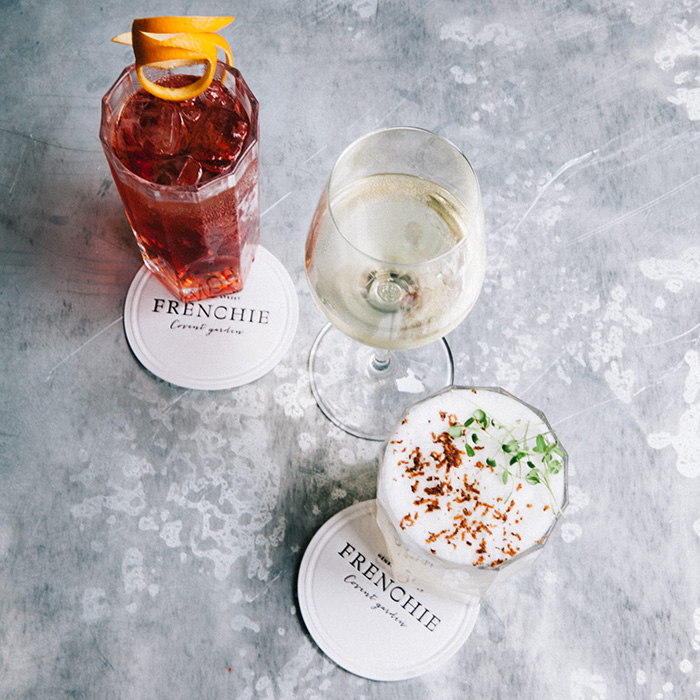 For this month’s review Guy Davies undertook the arduous task of visiting Frenchie, a new opening in Covent Garden that is sibling to the Parisian restaurant of the same name, and home to an array of truly delectable dishes.

Frenchie is that – unfortunately – rarest of beasts, an in-demand new restaurant with a lot of buzz in a fashionable part of town that actually takes bookings. Not doing so has become a trend over the past few years, and while I understand the appeal and commercial sense behind it, it doesn’t half make it difficult to arrange to meet someone for dinner anywhere new and interesting – and as new openings go, they don’t get much more interesting than this.

Chef Greg Marchand’s provenance is impeccable, with periods at Fifteen, the Savoy Grill, the Mandarin Oriental and New York institution the Gramercy Tavern, before opening, in 2009, the very successful original Paris Frenchie – now thought by many to be challenging some of the city’s two and three Michelin star heavyweights. Le Figaro critic François Simon wrote about it in the same breath as Noma in Copenhagen (for many years considered the top restaurant in the world) as an example of one of the hardest restaurants to book anywhere in the world, so it was with no little excitement that I got to check out the new London location.

The frontage is stylish yet dark and understated and I was even more excited by the time I got in, because it took me two walks down the street to find it. Late on a Thursday it was immediately obvious that the place had already been well received: it’s not small, but it was packed. Told that our booked table would be ready in 10 minutes, we said we were happy to take the last two seats at the bar instead.

It’s not an open kitchen, as is common in new places these days, but a proper bar with some pretty serious cocktail options. We eschewed these however, as I was thrilled to see Hampshire’s finest, Hambledon Classic Cuvée, on the list, so the sensible and patriotic thing to do was to get a glass each while perusing the menu.

The menu did indeed take some perusing – and strategy deciding. Unconventionally, it’s arranged to encourage sharing, not in the traditional style with pages of starters and mains, but with three layers of options, getting bigger as you go down the page: three little appetisers, three starter sizes and four main courses – more of a “choose your own adventure” tasting menu than a classic three-courser. We started with a duck egg mimosa with black truffle, gloriously intensely eggy with perfectly judged truffle, which rather than dominating the flavour and overpowering everything else, just – to borrow a wine-tasting term – came through strongly on the finish. 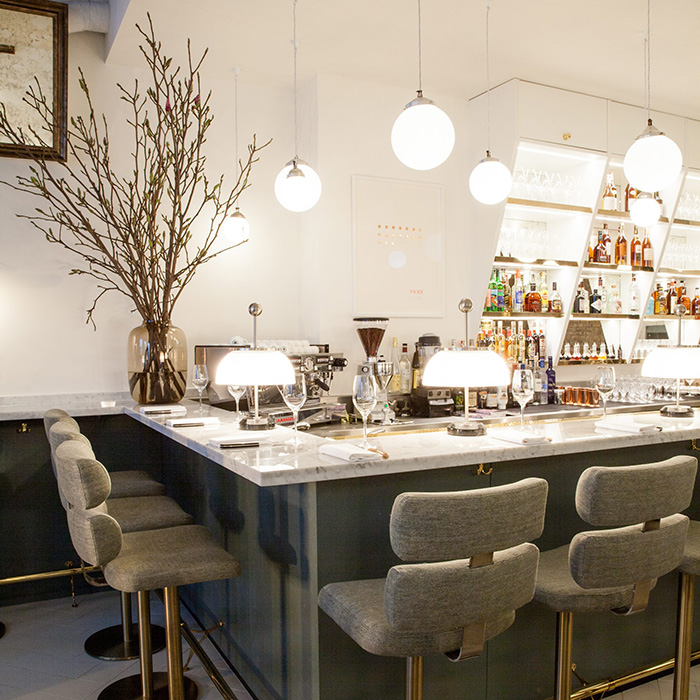 This was a magnificent start, and was followed by five more fantastic dishes, which put not a foot wrong between them. Veal and scallop tartare was probably my favourite – and the one I had most trouble sharing! – the veal and scallops perfectly soft and distinct, yet harmonious together, offset by endive and miso giving the whole thing a bit of a kick. This was one of those dishes which I’d rather like to come back and eat repeatedly until I’d had enough to get it out of my system – a bit like when a new song gets into your head and you need to listen to it again and again until you can’t stand it any more. (I suspect it would take a fairly industrial quantity of this to get me to that point.)

The next triumph was duck foie gras with smoked eel and horseradish, following a similar style. Eel and foie gras is a potentially dangerous combination, but this felt like perfectly pure and rich foie accompanied by a gently lively and spicy flavour to leave a fresh aftertaste. To use another wine analogy, this reminded me of great Sauternes, with intense richness and freshness somehow combining as one. For me, most great dishes – like great wines – are those that, like this one, balance contrasts. Another great example was the rabbit pappardelle with confit lemon and Kalamata olive: both the meat and the lemon had an intense and almost sweet richness to them, yet the whole thing had a magic sense of rustic earthiness that sang along with it.

We had enjoyed the food so much that, although we were perfectly full and had only ordered one other main dish, we got carried away and added another, just to taste it. So (as well as cheese) we had another two great dishes—chicken with salsify, sesame and kumquat, and pork with grains and lemon. Both continued the theme of intermingling contrasting yet harmonious elements.

This was one of the best meals I’ve had in a long time, and I’m not sure I can ever remember being more excited by a new opening. This isn’t cheap, but while you can go overboard (as perhaps we did – I recommend it), you could also have a much more modest but equally splendid meal. The dishes vary between £6 and £24, and two people could – depending on what they went for – have a lovely light meal sharing three of them. I would enthusiastically encourage people to try Frenchie as soon as they can. If it goes down as well as its Parisian counterpart did – and I see no reason why it won’t – it may not be long before it becomes extremely tricky to get in.

One Response to “On the table: Frenchie”