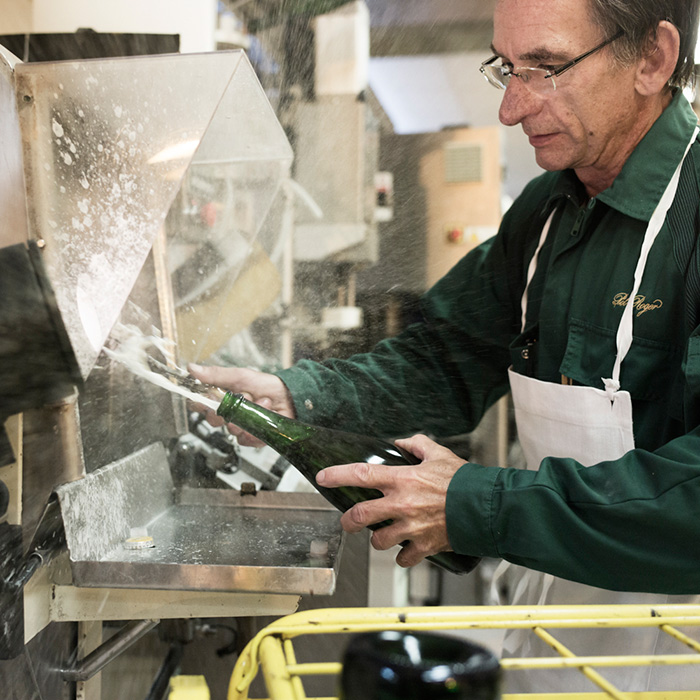 As Lenka Sedlackova (Sales and Marketing Manager of our wholesale arm) obtains her Master of Wine, the first of Czech origin to join the 343 in the world, we ask our MWs which bottle(s) they uncorked to celebrate the moment they passed the notoriously gruelling qualification.

When I received the news at 7.30am, I knew a Champagne breakfast was on the cards. My husband, ever the optimist, had hidden a bottle of 2002 Billecart-Salmon in the fridge, so I started my day with a glass of that. It was followed by Jacquesson Cuvée 733 DT in the afternoon, kindly organised by my colleagues. I finished the day enjoying several glasses of 1996 Krug and 2006 III Lustros Gran Reserva from Cava Gramona. Having written my final Research Paper on the subject of premium Cava, it seemed only appropriate!

It was a Thursday afternoon in September 2012 and I was on a family holiday in Ireland, trying to forget the fact that the Master of Wine results were to be released the following Monday, when I would be back in London. Phone reception was patchy to say the least but suddenly I got a text from a fellow student: ‘Good luck for tomorrow!’ Tomorrow? I had somehow completely missed that Results Day had been brought forward to this side of the weekend.

The upside of this oversight was that I only had 12 hours of extreme nervousness to suffer but the downside was that there really were no bars on my mobile. I was aware that successful candidates were to expect a congratulatory phone call from the Chief Executive of the Institute, then Siobhan Turner. No phone call, no pass. I spent the entire evening testing each corner of our cottage for the best reception.

The next morning dawned and I tried to keep a grip on my nerves and act normal, attempting not to check my phone constantly. Suddenly, there it was: a missed call from a London number. Panicking, I excused myself from the breakfast table and tried to call back. A lady from the institute answered and the phone reception immediately died. I tried again and managed to get the message through that I was returning a call. I was told that Siobhan was on the phone and the message would be passed on. After a further few agonising minutes, the call came through and there was Siobhan, unbelievably, telling me I had passed.

The emotions are a complete blur but I remember thanking Siobhan profusely and then being enveloped in a mixture of absolute elation and blessed relief. MW studies become such a part of your life that the joy of not having to revise any more is really indescribable.

Given that I hadn’t been prepared for the results that week, I hadn’t brought any special bottles to Ireland. The local wine selection was somewhat limited, so I celebrated that evening with a pint (ok, three) of the finest Irish Guinness in a local pub. Once back at home, I dug out a bottle of 1998 Pol Roger, Sir Winston Churchill from the cellar and savoured every drop.

1990 Pol Roger, whisked from the cellar with impressive alacrity by Alun Griffiths MW.

The year I became an MW was so long ago that I can no longer remember what I drank to celebrate.  But I also won the Madame Bollinger Prize as the best taster of that year, the second year of its award and, being the first UK recipient of the award (the first was the Australian Michael Hill-Smith), Bollinger rather pushed the boat out with a big dinner for 100 people at The Savoy. We drank Bollinger RD 1961 throughout and towards the end of the dinner, Harry Waugh, the doyen of wine-writing of his day and subsequently an honorary Master of Wine, turned to my father at the table, after the umpteenth refill of this legendary Champagne, to say: “What I wouldn’t give for a glass of Claret now”.

Sadly I don’t remember any specific bottle. Back in 1985 the rules were that on receipt of the large envelope (good news) from the Institute rather than the small envelope (sorry, mate) you had to sign a declaration of loyalty and after that the MW was yours. As it happens I was in Burgundy and sufficiently confident that I hadn’t passed that I had not organised what to do when the envelope came. Fortunately my sister (Arabella Woodrow) who had more confidence in me rang up the Institute, found out I had passed, and tracked me down in a restaurant in Comblanchien where I had been invited to lunch by Patrice Rion. I was summoned to the telephone and so the news reached me. I don’t think we ordered up any Champagne but the Burgundy we were drinking certainly tasted even better!