When it comes to English wine, is Sussex superior? Yea 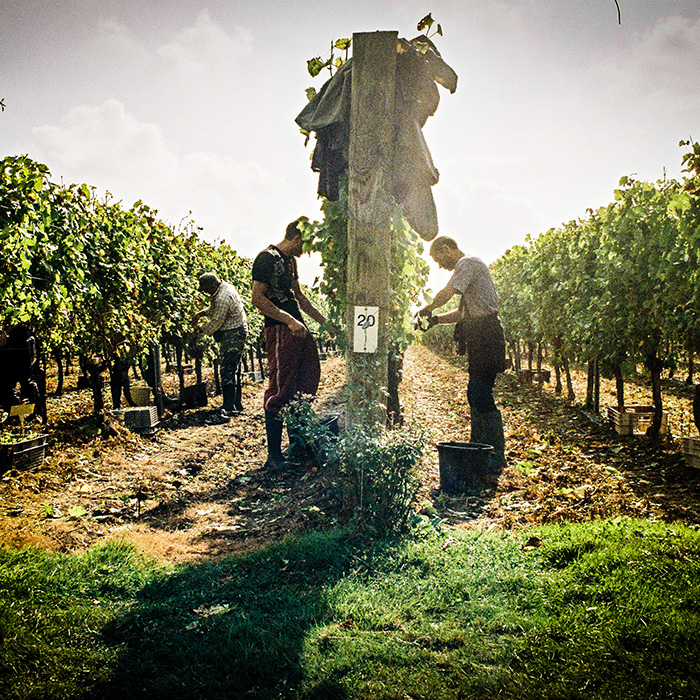 Following a recent and controversial bid to establish a PDO (Protected Designation of Origin) for still and sparkling wine made in Sussex, we asked two experts to tackle the topic. Here Dominic Buckwell – Berry Bros. & Rudd customer, lawyer and CMS Certified Sommelier – argues that the time is nigh for establishing regional appellations within the UK.

Around the time the UK joined the European Economic Commission in the early 1970s, a wine from Hambledon in Hampshire was almost not served at a banquet for the Queen and President Pompidou, as according to French customs, English wine simply did not exist and thus could not be imported. We have seen English wine progress from a denied existence, through being considered a joke, then quirky, and now claiming a top-table place among the world’s best sparkling wines, winning numerous international awards. Production from the 470 registered vineyards is around six million bottles annually and is set to double in coming years, with exports taking a larger share. So has the time has come to consider establishing regional appellations within England?

Appellations are legal protection for names of products relating to their place of origin. They certify the provenance of a product and guarantee it has been made in a certain way conforming to certain standards. There are thousands of wine appellations around the world, covering all the major producing areas. As well as promoting the region, appellations secure a fair return for producers and protect the ‘brand’ of the area in question; they also guarantee the consumer a base level of quality.

England and Wales already each have a PDO (Protected Designation of Origin) and PGI (Protected Geographical Indication) scheme for both still and sparkling wines. The scheme rules dictate limitations on grape varieties, yields, alcohol and sweetness levels, etc. Some 85 varietals are permitted for PGI wines, whereas “English Quality Sparkling Wine” (a PDO) is made from the same principal grape varieties as Champagne using the same “traditional method”.

But England has no smaller PDO or PGI regions within it. Applications are pending for recognition of Camel Valley’s single vineyard “Darinbole” Bacchus, and Rathfinny’s “Sussex Sparkling”. The latter is a newly planted estate which is yet to produce a single bottle of fizz – and it evoking outcry and opposition as it would create a label term open to all vineyards in Sussex.

While one may naturally think it helpful for an emerging wine industry to promote and protect its regional profiles, there are vociferous opponents within the UK trade, coming broadly from two camps. First are the ‘terroirists’, those who expect wines with regional appellations to offer highly distinctive and definable characteristics that can be tasted and explained by the climate and soil of the region. The more open-minded of them say Sussex may be capable of this, but has yet to demonstrate it. The less moderate say county boundaries are arbitrary, meaningless and should not be used to define a wine; the more extreme dismiss variation in soil type and climate within a county like Sussex as being too diverse ever to deserve definition as a single terroir.

Wines made from fresh grapes will always to some extent reflect the climate and soil of the region where grown and, in any case, sparkling wines (and many Chardonnay-based wines) are less an expression of terroir than of winemaking technique. Most Champagne, for example, is produced by négociants, who ignore specific village sites, blending vineyards and varieties, ironing out differences between growers and harvests. Consultation is afoot to enlarge the Champagne area but this is to meet demand, not a sudden discovery that terroir extends beyond existing boundaries.

The other side is argued mostly by established operations who source grapes across county boundaries or further afield, and, as such, have a vested interested in resisting development of smaller regional appellations. They call for national unity, but offer no consensus on a pithy name for English sparkling wine to rival other national PDOs such as Cava, Crémant, Sekt or Prosecco.

Some argue that set rules discourage innovation and validate mediocrity; a worthy product, they say, will earn its reputation by the content of the bottle, not what is on the label. Yet appellations can be set up with wide enough rules to encompass most varieties and fine-tuning may be delegated to industry bodies to stay up to date with emerging trends. All leading wine producing countries have gone in for, and continue to cultivate, regional appellations, helping to develop marketing and an understanding of their wines.

The English wine industry is now established, and will continue to develop. As it does so it becomes more important than ever to put structures in place to protect and promote its regional identities. The proliferation of vineyards and winemakers leads to wider ranges of views and fragmentation of interests, clearly evidenced by the failure to establish a unifying name. It is time for the debate on English wines to move on to consider not whether, but how, which and what regions should be put forward as distinct appellations.

Look out for Anne McHale MW’s counter-argument tomorrow, in the meantime, you can find out more about English wine on bbr.com.

6 Responses to “When it comes to English wine, is Sussex superior? Yea”