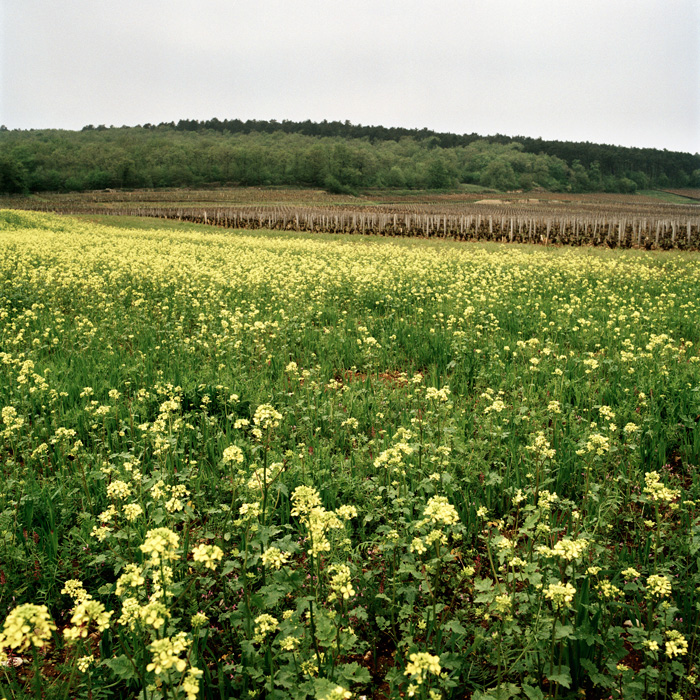 Recently returned from Burgundy (where he spends most of the year), Jasper Morris MW – our Burgundy Director – reports on the 2015 growing season thus far, and the prospects of the 2014 vintage.

It was not just the players and spectators at Wimbledon who were melting in the heat as June gave way to July, but the vineyards of Burgundy. After the deluges which affected all of western Europe over the first weekend in May, there has been no rainfall in Burgundy except – fortunately – a rainy week in the middle of June which refreshed the vineyards, until one heavy shower which arrived on Wednesday 22nd July, to great relief. Fortunately there have been (almost) no hail storms either apart from one mainly in Puligny-Montrachet on 20th May.

But, once again, Burgundy is unlikely to enjoy a bumper crop as the original bunch set was in many areas a little on the small side, and the  combination of heat and drought is currently  restricting the size of the bunches. Some growers are talking about bringing forward their picking dates, while others note that the véraison (colour change) has not started yet, so the second week in September remains their expectation; but it is much too early to prognosticate for sure on either quality or quantity for 2015.

On the other hand, I have been enjoying tasting 2014s in barrel, though systematic analysis will happen in the autumn prior to releasing the new vintage in January. The reds look very attractive with delicious juicy fruit and moderate structure; wines that are likely to be very enjoyable in the medium term. The whites, from Mâcon to Chablis, and certainly including the Côte d’Or, may well be the best in a generation, beautifully concentrated yet crisply balanced.

This long, dry summer of 2015 brings back memories of 2005, so it was with great interest that I attended a significant ‘10 Years On’ tasting of this fabulous vintage. A full report will follow shortly.

Browse for wines from the 2011 to 2013 vintages in our Burgundy Sale, with discounts of up to 25 percent. For a taste of more mature Burgundy, join Jasper in the Sussex Cellar at one of our events.

One Response to “Burgundy 2015: A midsummer update”