Gymkhana comes to the Sussex Cellar 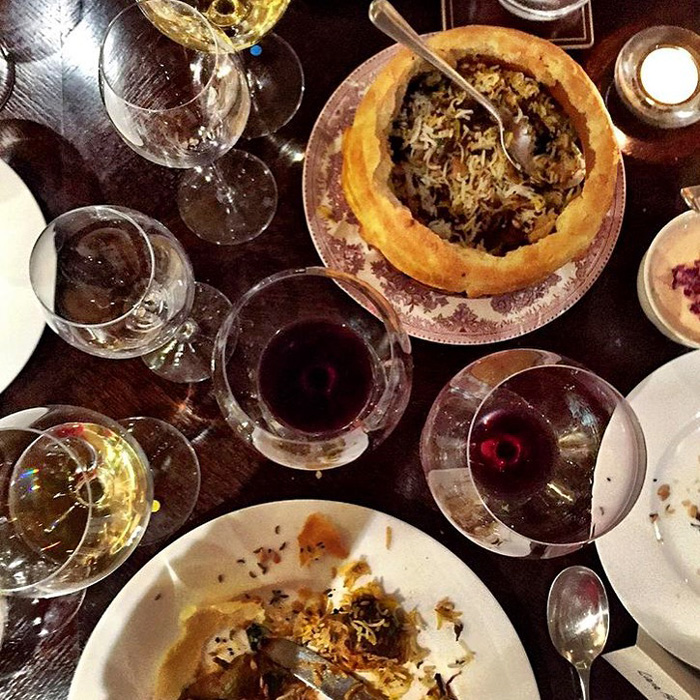 Following our inaugural Cellar Series event, an Anglo-Indian collaboration with the Michelin-starred Gymkhana, Demetri Walters MW reports on a remarkable meal in our Sussex Cellar.

Gymkhana: the name used to conjure-up children’s show-jumping competitions. At least it did to me. Now it immediately brings to mind the finest Indian cuisine that I have ever encountered. Though newcomers, the eponymous restaurant and its sister establishment, Trishna, are already making waves on the London restaurant scene.

As soon as you enter the doors of Gymkhana, you realise that the impact isn’t just about the food. The Raj Gymkhana Club-styled décor is a feast for the eyes. This is a beautiful restaurant, and one that sports a coveted Michelin star. Though not unique amongst its peers, a star is still a rarity, and one that places Indian restaurants in a deservedly exclusive club.

But what of Indian food in the UK? It is certainly a multi-billion pound business, and one that seems to be constantly expanding and redefining itself. No-one can dispute the rise of the Indian gastrodome, even less that place we hold in our hearts for our local curry house. This is not a new phenomenon though. As far back as the middle of the 18th century coffee houses were experimenting with recipes brought back from India. Gentlemen’s clubs, particularly the aptly-named East India Club, as well as the British military messes, furthered the cause of dishes from the sub-continent; many of which are still with us today. 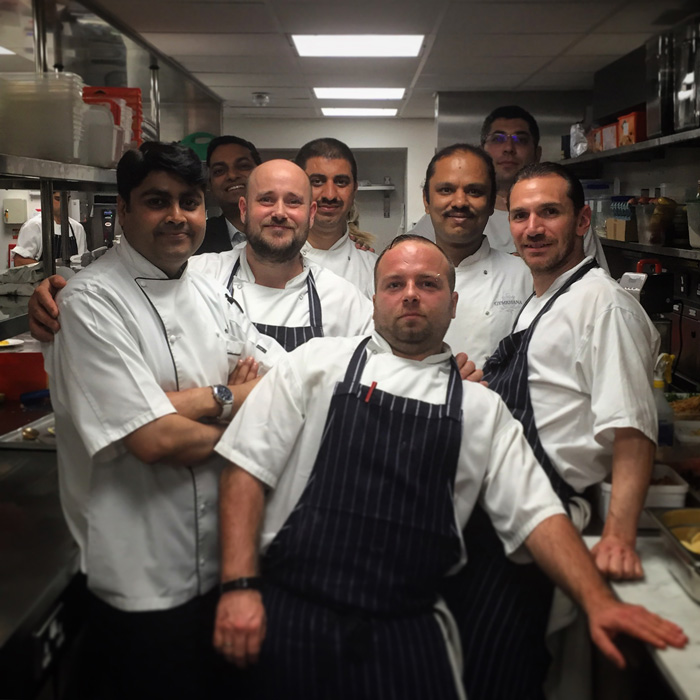 Last night’s chef collaboration between Rohit Ghai as well as our very own Stewart Turner, resulted in an astonishingly creative meal, excellently executed by the combined kitchen brigades. I had been tasked with selecting wines that would stand up to some pretty strong flavours, but that would also succeed in mirroring the complexity of flavour in each of the six courses. By and large these were texturally expansive wines, not boldly-fruited but, rather, possessed of non-fruit interest and persistence, that served as a foil to each of their associated dishes.

This was the very first event in our Cellar Series, and one that showcased a very fine restaurant. It also enabled us to frame the whole wonderful experience within the vaults of our impressive new Sussex Cellar. I am sure that there will be many more such occasions. At least I hope so.

Our Cellar Series will continue in the Autumn, with Medlar and Dabbous stepping into our kitchens. 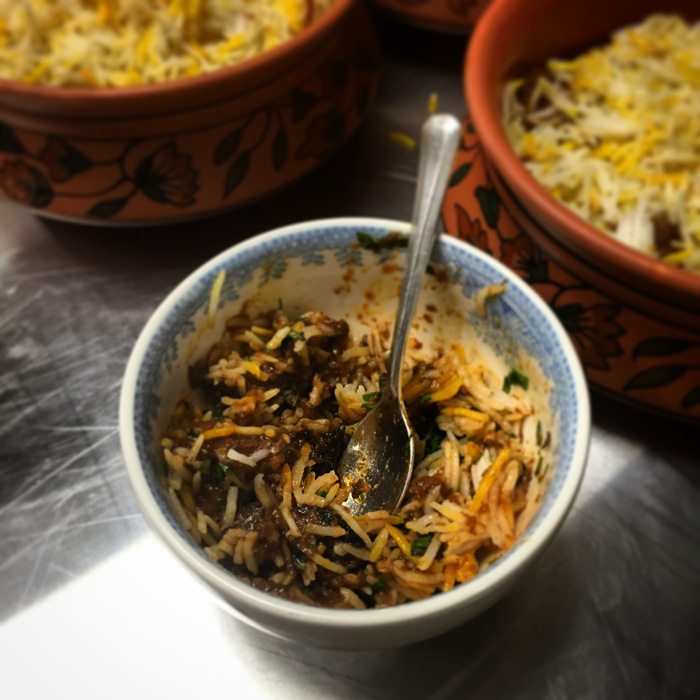