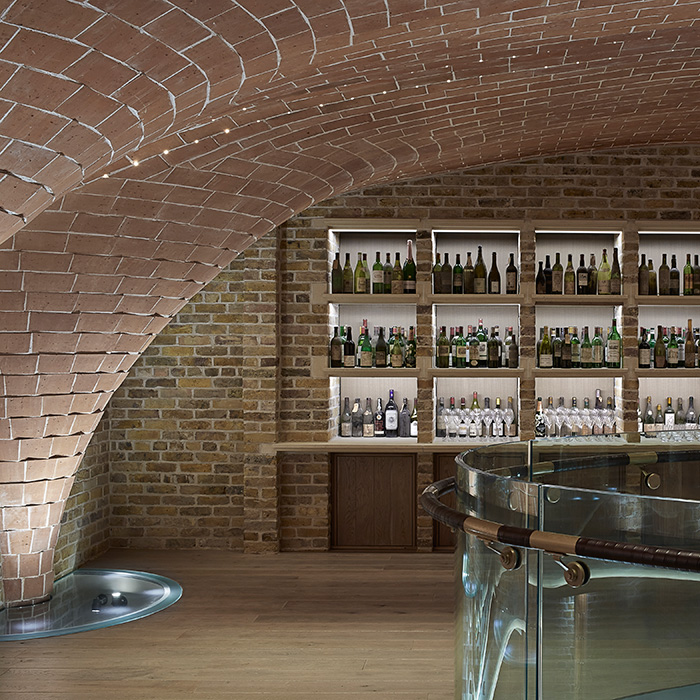 As the ribbon is cut and our newest cellar declared open, Demetri Walters MW – Sales Manager of our Private Wine Events team – ducks out of the sun and into the Sussex Cellar, exploring the space and its history.

After more than three years in the making, we revealed our long-anticipated Sussex Cellar last week. The wait has not been in vain. Situated beneath our historic premises in St James’s, the Sussex Cellar is a treat for the eyes. It was specially created to meet the increasing demand for the more than 800 wine events hitherto held each year in our Townhouse, Pickering and Napoleon Cellars.

The cellar itself is of a completely new design, combining the feel of one of our traditional wine cellars with the exciting architecture, modern convenience and state-of-the-art gadgetry that you would expect of a purpose-built venue. Created by Short & Associates and MJP Architects, the design was inspired by Spanish wine cellars or bodegas, and employs handmade London tiles to create archways and columns that extend through both levels of the space. Following the build, Nicola Crawley, of the celebrated decorators Sibyl Colefax & John Fowler, styled the interior with an eye to retaining the feel of one of our existing cellars, but with a contemporary elegance. 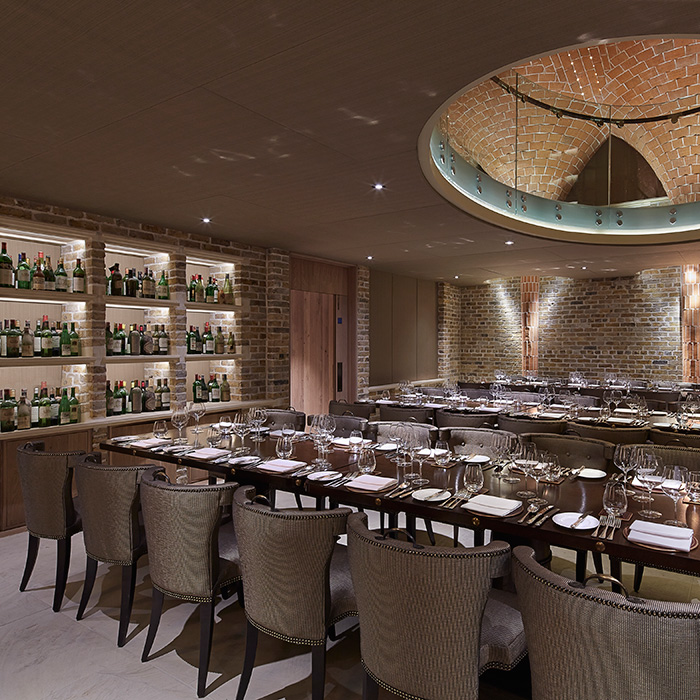 So why the name? The Duke of Sussex, Augustus Frederick, was the sixth of seven Royal Dukes (sons of George III), who were regular customers of Berry Bros. & Rudd in the early 19th century. The Duke seems to have been the closest to the Berry family, who affectionately referred to him as ‘Uncle Sus’.

Before the construction of this, our latest venue, the site was home to our Cutty Sark whisky business. Prior to that use, and in the final year of World War II, a doodle-bug flying bomb demolished the previous building and damaged many of its neighbours. During construction of the Sussex Cellar, it became apparent that the aged and higgledy-piggledy buildings adjoining the site could play their part in the story of the new construction. Thus, as you enter the Sussex Cellar via a secret door in one of our 17th century houses in Pickering Place, you will immediately notice the juxtaposition of new and old; the impact underlined by the texture and shadow of the ancient brick rear elevations of our older buildings.

Despite our 317 years on this site, the Sussex cellar is our first ever purpose-built venue for hosting wine events, and we are thrilled with both its visual impact and the potential it offers us to do what we do best, even better, in the years ahead. We hope that you will be equally impressed.

From Wednesday 8th July you will be able to book for the first events being hosted in the Sussex Cellar by our Wine School, or you can book the space now for Private Wine Events.

2 Responses to “The Sussex Cellar: a new subterranean space”