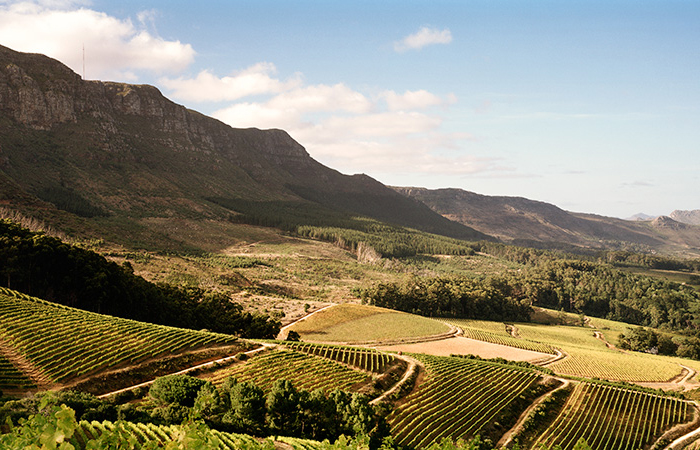 Catriona Felstead MW – our South Africa Buyer – reflects on how the country’s remarkable wine scene has developed since the abolition of apartheid.

I found it fascinating looking back through the window of time offered by ‘South Africa… A fresh start’. It cannot be denied that, following the end of apartheid in March 1992, the winds of change had blown through the Western Cape, bringing promises of hope and opportunity to winemakers for the future. It is thought-provoking to look back now and assess just how far the South African wine industry has come since that historic referendum.

It has taken the majority of the last 23 years for the South African wine trade to become the truly exciting place it is today. First of all, it wasn’t only apartheid that held the Cape’s most talented winemakers back, it was also the dominance of the state-controlled cooperative, the KWV. The KWV brought stability to many South African growers but its prices were based on quantity rather than quality. This encouraged the bulk production of inexpensive, inferior wines that did nothing to establish the region’s potential to impress at a higher level in virgin export markets. South Africa quickly gained a reputation for cheap and cheerful wines that lacked substance and often had a smoky character, which many experts attributed to virus-ridden vines.

It was following the privatisation of the KWV in 1997 that the South African wine industry really began to open up. Winemakers who had been frustrated by the co-operative’s restrictions were suddenly free to reduce yields and focus on producing smaller volumes of higher quality wines; however, Rome wasn’t built in a day. It took some time for many of the larger wineries to appreciate that investment in the vineyards and wineries could yield longer term profits. A number of enthusiastic mavericks left their previous roles in larger corporates and took the risky strategy of setting up on their own; mavericks such as Eben Sadie, who was integral not only to establishing the Swartland as a new, cult Cape wine region but whose efforts have firmly planted South Africa on the global fine wine map.

Where Eben led, others followed, and in the mid- to late 2000s, high quality winemaking became a key focus among the estates of the Western Cape. Historic estates such as Oldenburg in Stellenbosch which had old, disused vineyards were suddenly brought back to life by their new owners, and vast tracts of land were replanted on carefully chosen, virus-free rootstocks.  Adrian Vanderspuy took over Oldenburg in 2003 and immediately replanted the entire estate with new vines. Constantia Glen transformed its beautiful spot near Cape Town and also focused completely on regenerating the vineyards; but vines take at least three years to grow to the point of producing quality wine and so time passed. Both estates’ first vintage was in 2007.

Even more exciting for the South African wine scene today are the young winemakers who have travelled the world, gained inspiration, and have now come home to establish their own unique projects. Not wanting to simply follow the Bordeaux model so assiduously created in Stellenbosch, Chris and Andrea Mullineux produce glorious Rhône-inspired reds and whites in Swartland which are now widely acknowledged to be some of the best wines in the Western Cape. We have just taken delivery this year of Richard Kershaw MW’s second-ever vintage of his fabulous Clonal Selection Chardonnay and Syrah, developing Elgin as a fascinating new region for quality wines; and let us not forget Ginny Povall’s brilliant Botanica duo, as she searches out small parcels of superb fruit in both Elgin and the lesser-known but increasingly exciting area of Citrusdal Mountains.

Much has changed since 1992, but South Africa’s winds are firmly blowing in the right direction with superb results now and even more promise for the future.