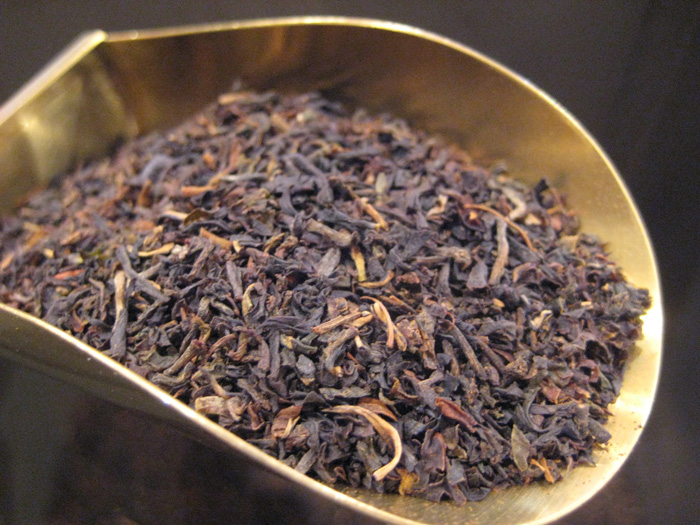 When our Burgundy Buyer and confirmed Pinot-phile Jasper Morris MW isn’t tasting the wines of his specialist region, he can be found exploring the world of another age-old drink – tea.

There’s always a risk that one day your doctor will tell you to cut out alcohol. That’s not too bad in France, because he won’t be including wine in that; and in England you can always try the flippant response of changing one’s doctor; but for me, I should head happily to my alternative beverage of choice – tea.

I like the story of the wealthy Chinese gentleman who responded to the accusation of mixing Grand Cru wine with Coca-Cola that, ‘it is no worse than you Europeans putting milk in tea’.

Visits to our Berry Bros. & Rudd colleagues in Asia have enabled me to bring back some fascinating teas from Japan, Taiwan and China – some green teas, some roasted teas, but especially oolongs and the great, ageworthy Pu’erh teas from Yunnan (more on this shortly, as I hope to visit my favourite Sun Sing tea shop in Hong Kong later this month, with some Burgundians in tow).

I have just come across a little booklet in French called ‘Dialogue du Thé et du Vin’, translated from the Chinese of Wang Fu. It sounds fascinating and the introduction is full of interesting insights, but the text itself was disappointing, a bombastic slugging match as if a vinous Gascon was squaring off against a teetotal neighbour.

Yet the parallels between fine tea and wine are endless: firstly the varietal, secondly the soil, how and when it is picked, methods of production and indeed the investment potential of the top teas. Thus most Indian tea is made from Camellia Assamica (except Darjeeling which is Sinensis) and most Chinese teas are made from Camellia Sinensis (except the great Pu’erh teas which are Assamica). There is much more detail beneath that broad point. There is a premium to be paid for prime teas picked early in the morning, early in the season. The First Flush Darjeelings from individual tea plantations will be hitting the market soon.

We need a World Atlas of Tea to browse alongside Hugh Johnson’s famous Wine Atlas. Happily Tim d’Offay of Postcard Teas in Dering Street is working on one.

Keep an eye out for Jasper’s second post exploring his passion for tea, to be published later this month.