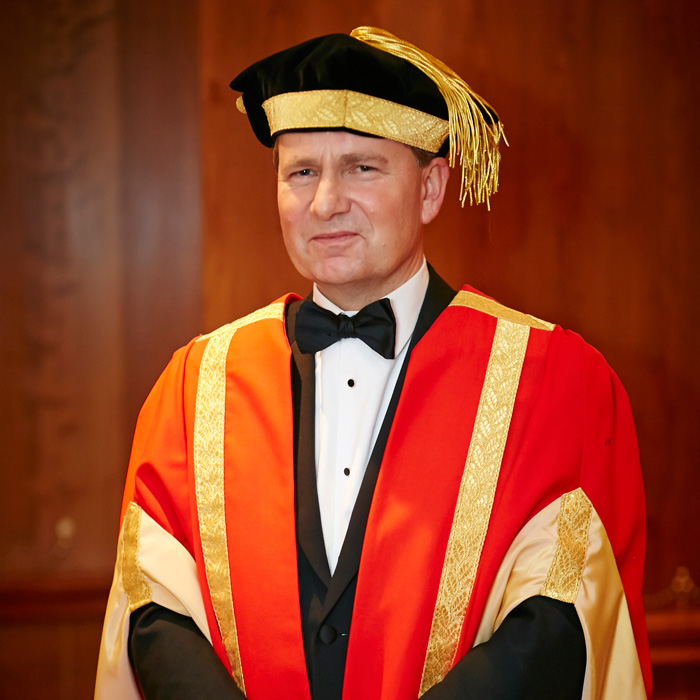 Simon Field MW, in the traditional dress of the Caballeros

Late last month our Spain Buyer, Simon Field MW, was awarded the privilege of joining the ‘Gran Orden de Caballeros del Vino’, roughly translated as the Grand Order of the Knights of Wine. Here he writes about the honour bestowed, and the operatic parallels of the week in question.

It was to be a busy week. Our annual Rhône en primeur tasting had sold out and 25 producers were set to descend upon the Institute of Civil Engineers at One Great George Street, several of them making their first visit to London and thus in need of a little gentle re-assurance. Then there was Wines of Spain at its new home of Tobacco Dock, with an inevitable spirit of fiesta in its wake; and I had booked – somewhat ambitiously perhaps – to see The Mastersingers of Nuremberg at the English National Opera; sublime and lauded but, with a running time of six hours, a piece requiring a good degree of attention and concentration. Finally I was to be invested, if that is the correct use of the verb, into the Gran Orden de Cabelleros del Vino at a lavish dinner at The Savoy.

The Gran Orden de Cabelleros was founded in 1984 in order, in its own words, ‘to give recognition to those persons in the UK who have shown exceptional endeavour in promoting the quality wines of Spain’. Each year, two new members are introduced in a ceremony which is steeped in tradition and involves a rather smart costume (see above), lengthy speeches by significant dignitaries, including the Spanish Ambassador, and plenty of toasts: all very daunting, very exciting and, above all, a great honour. The membership includes English journalists such as Hugh Johnson, Tim Atkin MW and Sarah Jane Evans MW, the great and the good of the Spanish wine world, such as Pablo Álvarez from Vega Sicilia, Álvaro Palacios, Miguel Torres and María José López de Heredia and, a little closer to home, members of the British wine trade such as Tony Laithwaite, Nick Room, John Hawes; and now me, an honour indeed and one which was somewhat unexpected.

The accolade was unforeseen, perhaps, but is certainly cherished and one that I shall do my best to deserve. Over the last few years, the most recent two in particular, Berry Bros. & Rudd has been building its Spanish portfolio and developing the sales of wines from the whole Iberian Peninsula. From the solid foundations of fabulous traditional Riojas like La Rioja Alta and famous names from Ribera del Duero and Priorat, we have built a range which aspires to showcase the fantastic diversity of the Spanish offering, with new listings from across the country which celebrate, for example, the wonderfully refreshing whites of Galicia, the extraordinary fortified wines from Andalucía, and finally hitherto little known regions from across the piece, regions such as Costers del Segre, Bierzo, Ribeira Sacra and Alicante, to name just a few. One could go on for some time; such is the potential across the whole country.

The parallels between the trade guilds of the Mastersingers and the Gran Orden were not entirely lost on me, although I prefer our vermillion gowns to those sported by the Meistersingers at the Coliseum. Traditions such as these can be quaint and often seem fairly anachronistic, but, in essence they serve an important purpose and serve to unite, harmonise and provide a real sense of resolve. I am only grateful, however, that I was not obliged to perform a Prize Song to gain admission to my particular Order!