The ‘London Cru’ winery comes to the Langhe (well, actually the Roero!) in search of Barbera… 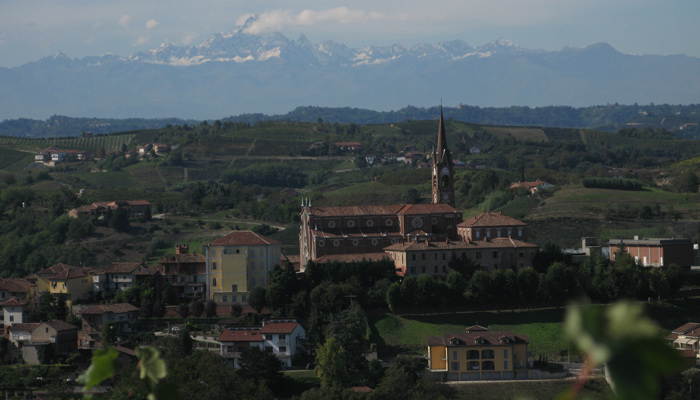 They flew in with the big storm that hit Milan last night. They came not in search of truffles (it’s still too early folks) but of Barbera. They brought the sun too. 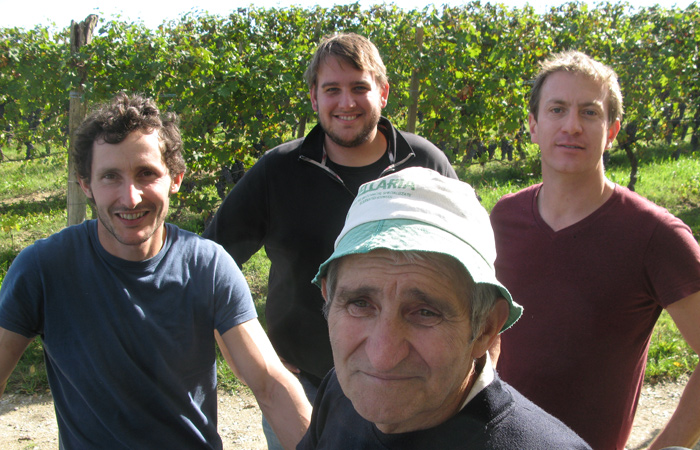 Vineyard owners Nico and his father Giovanni with Will and Gavin (back row, left and right)

Berry Bros.’ customer Will Tomlinson (@TEWRR) and his winemaker Gavin Monery – the men behind London’s first winery, the recently opened ‘London Cru’ (www.londoncru.co.uk), dropped in on unsuspecting vineyard owners Nico and his father Giovanni in Priocca and picked 4.6 tonnes of Roero Barbera – the equivalent of approx. 5,000 bottles!

As Gavin explains in this interview, the fruit will be sent back to their Earl’s Court winery to be destalked and vinified as EU Barbera on Monday. Hopefully they’ll be back in November to pick some tartufi bianchi too… 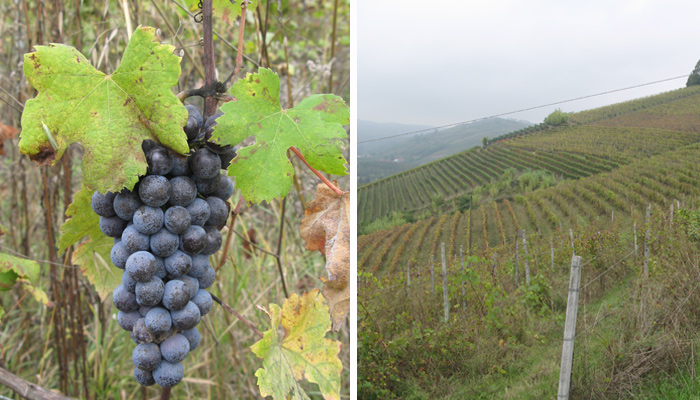