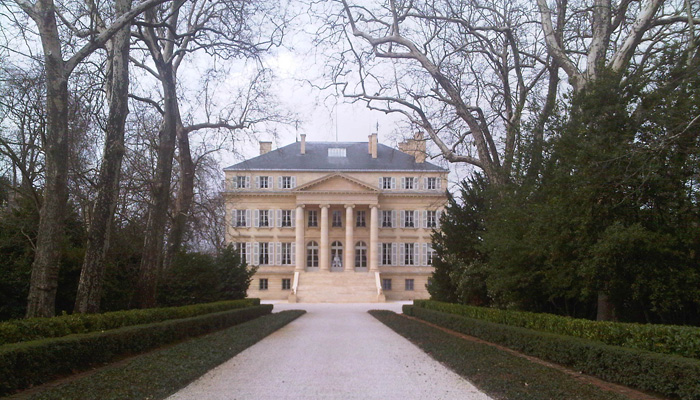 Day two began with a tasting at a négociant found on the outskirts of Bordeaux. Trying wines in this environment is quite unlike any other you can imagine. Clever use of lighting, walls which are decorated in contemporary art and tables set amongst a seemingly endless row of racking in the state-of-the-art cellars (it’s really a warehouse, but naming it such really would do it a disservice) all add to the dramatic atmosphere. It is quite unlike tasting at a château, or anywhere else for that matter. Our Chairman, Simon Berry, advises us that it was during a visit to these cellars three or four years ago that the decisions were taken regarding the design and layout of our new storage facility in Basingstoke.

The main benefit of spending the morning at a négociant was to taste a vast number of wines alongside one another. Max Lalondrelle, our Fine Wine Buying Director, made selections from the book (the menu is quite frankly the longest wine list most of us have ever seen) and we set about comparing, contrasting and analysing wines from across each commune. We started in the Haut-Médoc and moved on to St Emilion (to re-taste many of the wines we enjoyed yesterday) before tasting wines from Pomerol, St Julien, Margaux and St Estèphe. A selection of the wines which we thought were particularly engaging include Ch. la Dominique, Ch. Pedesclaux, Ch. Smith Haut Lafitte and Ch. Capbern Gasqueton. 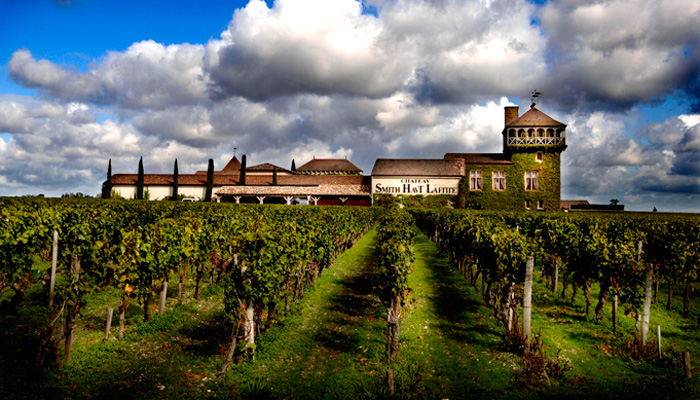 After leaving, we set off straight to Margaux for another afternoon of château-hopping. We began at Ch. Angludet (Ben Sichel suggested that the weather caused some problems for the Cabernet Sauvignon but they have managed to harness the fruit to create a really honest, fresh and natural wine – the perfect ingredients for a vintage like this), which produces a wine that our Chairman, Simon Berry, recognises as one of the most typical of all Berrys’ wines. We then moved on to Ch. d’Issan (home to the legendary moat which surrounds the château) and then 2ème Cru Classé Ch. Brane-Cantenac. Following extensive investment and vastly improved vineyard management, this property has shed its underperforming reputation, and their 2012 was one of our favourite wines of the day, showing good weight of fruit, intensity and precision on the long finish. 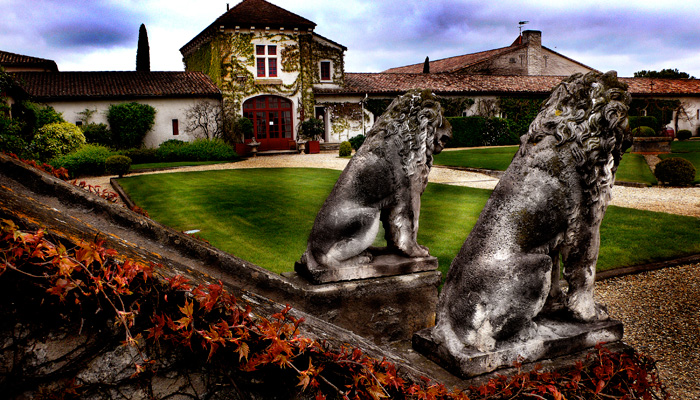 The wines of Margaux are often said to possess a haunting bouquet and quintessential elegance, two qualities we found in abundance at Ch. Margaux, whose château is one of the most imposing and famous buildings in Bordeaux. Thibault Pontallier told us that Pavillon Rouge is produced from just 30% of the crop this year and Paul Pontallier (Managing Director) confirmed how important selection has been for the 2012s, hence the reduced quantities. 63% of the blend is Cabernet Sauvignon (the property’s best terroir is planted with this variety) and this proportion has been increasing in recent years. The wine is very smooth, harmoniously integrating fruit with acidity and tannin. The Grand Vin is a product of 34% of the crop, and all of the best Cabernet Sauvignon plots. It has a super, intriguingly perfumed nose and is so elegant, almost silky on the palate. Simon Staples remarked that it was the most extraordinary wine we have tasted so far.

We arrived at Ch. Rauzan-Ségla late in the afternoon. Considered along with Ch. Mouton Rothschild to be among the leading 2emé Cru Classé properties in the 19th century, the 2012 Ségla is another product of strict selection in the vineyard. The Cabernet Sauvignon proportion in the blend is reduced this year and it shows, with generous Merlot fruit dancing on the palate.

Ch. Palmer was our final visit of the day. It was known as a ‘Super Second’ long before many others and often produces as good a wine as can be found in Bordeaux. The yield was just 28hl/ha in 2012, a small crop indeed. Thomas Deroux explains that they had to work hard in the vineyard and sacrifice yields to keep to their traditional six buds per vine. He thinks that Merlot had a classic vintage, whereas Cabernet Sauvignon was more of a challenge, though surprisingly it took just three sessions to arrive at the blending decision. Alter Ego de Palmer offers great power in 2012, with black cherry and menthol fruit coming to the fore. It is the weight of fruit and phenomenal length that impressed us though. The Grand Vin has a gloriously perfumed nose with sumptuous dark fruits and a brooding purple appearance. It is unlike any other wines of the vintage that we have tasted so far; with power and finesse, it is simply exceptional.

We have tasted something in the region of 50-60 wines today and a recurring theme seems to be that strict selections in the vineyard and on the sorting table have been vitally important. Some on the Left Bank struggled to get optimum ripeness in their Cabernet Sauvignon, causing high acidity in the wines. Those who have succeeded were able to balance this acidity with the fruit and oak to create appealing, round and well-structured wines. Merlot looks to be increasingly important and the temptation to over-extract has been ignored in the most promising wines. We would expect that the 2012s will spend less time in barrel this year to preserve the lovely fruit.

The importance of the wine merchant’s role in vintages such as 2012 shouldn’t be underestimated. 25 members of our team will be visiting Bordeaux during the course of the next three weeks, so please do consider our Private Account Managers’ individual advice alongside the views and scores from our buying group this week. We will also endeavour to share as many notes and scores as possible from various sources on bbr.com when they become available.

Remember to return to the blog tomorrow morning for the review of our third day in Bordeaux and to follow us on twitter @BerryBrosRudd for live news about our tasting experiences and insights from our team and the producers themselves.