I have just returned from a three-day trip to Bordeaux for a quick peek at the 2012 vintage. With me were Geordie Willis, our Brand Director, and one of the leading UK gastronomy photographers, Jason Lowe, who had come along to take some new imagery of the region for us. 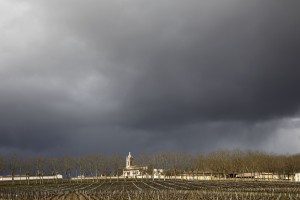 As we arrived in Bordeaux, we were disappointed to see that the weather wasn’t ‘au rendez vous’ and was going to be as grim as in the UK for the length of our stay. Not deterred, and hoping that the blue sky would eventually percolate through the clouds, we headed to my favourite boutique hotel, La Maison Bord’eaux. Our bags dropped, we went straight into Bordeaux for a photo-shoot of the old part of town. As the daylight waned, it was time to sit down, do a bit of people-watching and decide where we should eat. In France on a Sunday evening the number of options is very small but there is one that always whets my appetite: L’Entrecôte. This is fast food the French way. It is also the only restaurant I know that has 100 customers queuing outside pretty much every night; they sell the best steak frites you will ever have. The only questions the waitress asks are about how your steak is cooked and the colour of the wine. 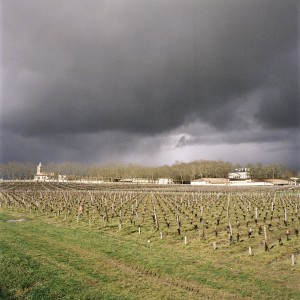 The following morning we drove to Margaux in the north-west of Bordeaux. The perceived handicap of the weather very quickly turned to Jason’s advantage as the most dramatic scenery unfolded before us with intensely dark clouds, hail storms and side winds… the lot. In terms of photography, this added the extra dimension and drama that Jason required for some spectacular shots of the otherwise over-photographed, postcard-like château fronts.

We finally arrived at Ch. Palmer where Thomas Duroux, the man in charge, opened the doors for us to take cover. We visited the new, very understated but well-performing winery and were the first outsiders to have the privilege to taste the 2012 vintage. We then sat down for lunch and tasted the (not-quite-secret-anymore), Palmer Blanc, which I must say is rather good and getting better with every vintage, followed by the main course and some 1991 Ch. Palmer. 1991 is one of those forgotten vintages that always surprises me; the frost decimated most of the vineyards that year but for the reminder of the growing season all was well and, although there was little produced, the majority of top 1991s are very good, if you can find them. 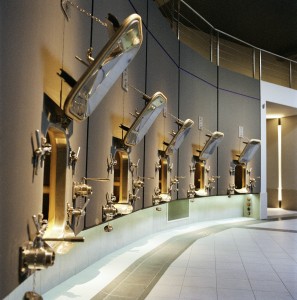 From Palmer we drove all the way back across to the other side of the river in Pomerol (a good one-hour journey) to Ch. la Conseillante, where we had a tour of the brand new cuvier. The tour over, we went straight to the new, rather clinical, upstairs tasting room with views over most of Pomerol. We tasted the Duo de Conseillante and the 2012 Ch. la Conseillante while we were there.

In order to maximize my trips to Bordeaux, I sometimes invite a group of bon vivant château owners/managers for dinner in town to avoid having to drive to all the properties. This also allows us to see them in a less formal environment and to share a very open and convivial evening. The closure of my favourite Bordeaux restaurant a year ago was dramatic for me but, fortunately, it reopened a couple of months ago in a new setting in rue Le Coq. L’Univerre is not, gastronomically, the best place to eat in Bordeaux but it is my favourite restaurant because it has excellent, comforting food and the best list of non-Bordeaux wines in Bordeaux. Fabrice, the man in charge, has an encyclopaedic knowledge of wine which would put a lot of merchants to shame. As my guests sat down, I quickly picked up the wine list and set out to choose the wines to serve blind, which included the delicious 2004 Donnhof Spätlese to go with the dessert. The atmosphere was very good and it was a thoroughly enjoyable evening.

To hear about more Left Bank visits and to find out Max’s views so far on the 2012 vintage, read the second part of his blog here.