We’ve given Chinese wines the stamp of approval, as this week four Chinese wines join our wine list and are now on sale on our website. Chinese commercial wine production began in 1892 when an overseas Chinese diplomat, Zhang Bishi, started his winery in Yantai.  He imported half a million plants from the USA and appointed the Austrian consul, Freiherr von Babo, as his winemaker.  Most of the plants failed to survive and history does not recount whether von Babo knew how to make wine, but nevertheless today the company is by far the biggest in the country, with a turnover of nearly US$800.

Château Changyu (or, to give it its full name, Changyu Pioneer Wine Company) is China’s oldest and largest wine producer, and among the top ten in the world in terms. The company has embarked on an extraordinary programme of building European-style châteaux, architecturally based on examples from Bordeaux. The two properties we now represent are Ch. Changyu Moser in Ningxia and Ch. Changyu Golden Ice Wine Valley in Liaoning. 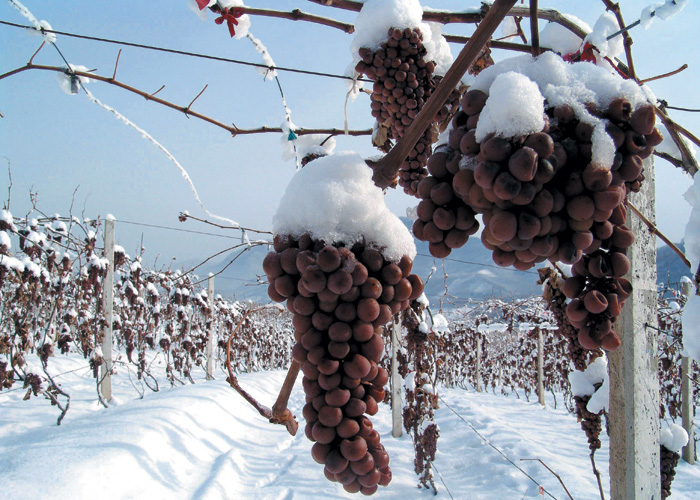 Château Changyu Moser XV was developed in consultation with Lenz Moser of the famous Austrian wine family, who has spent several years working with Changyu before identifying Ningxia as his preferred location, which he compares to the Mendoza wine region in Argentina in terms of climate and soil, and having his château built.

Ch. Changyu Golden Ice Wine Valley is located further afield in the extraordinarily remote region of Liaoning which has very good conditions for ice wine production and this huge estate is capable of producing 300,000 bottles per annum, using the Vidal variety.

China is now the eighth largest producer of wine in the world and predicted to be the sixth largest by 2016, and Chinese consumers already drink over 1.6 billion bottles of wine annually, which is forecast to grow by a further 1 billion by 2015. What’s more, the Chinese have also acquired a taste for fine wine: they are now the second biggest buyers of top Claret by volume behind Germany.

Mark Pardoe, Berrys’ Wine Buying Director said “It seems that the predictions we made in our ‘Future of Wine Report’ in 2008 are already beginning to come true – and this is a first step towards serious international recognition. China is already the eighth largest producer of wine in the world so it was only a matter of time before it entered the international market and its huge geographical size and range of climates mean that there must be regions capable of producing good wine. Until now the country’s focus has been on its volume-driven domestic market, and other export efforts have been based on external investment.  Changyu’s strategy represents a change, with home-grown investment in partnership with international expertise, with a real will to get things done, so the time felt right to take an early temperature of the water.”

A combination of Cabernet Sauvignon and Merlot grape varieties. The wine is aged in French oak barrels for 12 months to create a robust and full-bodied lasting flavour. The grapes are grown in the Central Western Ningxia region of China, where long hours of sunlight allow the berries to fully ripen. It is however in a field of one at the moment and gives a fascinating glimpse of a possible future of Chinese reds.

The lightest of the three Chinese ice wines stocked by Berry Bros. & Rudd, the wine is made from the juice of the third crush of the Vidal grape and accounts for 75% of the estate’s total ice wine production.  Because the fruit for ice wine is frozen, but healthy and not botrytised, the attack is always very fresh and pure, with a very positive level of acidity. Here the profile is more of citrus and tropical fruits, blossom and honey.

A more intense wine than the Gold label, this rich golden coloured wine has a spicy honey note and a richer viscosity, with aromas of lychee and pear. On the palate, this wine creates an intense expression with the richness of the residual sugar coating the palate, both of which are combined with a long lasting finish that balances the overall flavour. Able to be stored for many years, this wine will develop more complexity and sherry flavours, softening the overall sweetness of the wine.

A unique selection made from the first press creates an unctuous, thick, deeply sweet and richly flavoured wine, with a spectrum of apricot, pineapple and vanilla – suggesting the influence of new oak which it has, in fact, not received.  Almost too rich for cuisine, this is to be sipped, slowly and meditatively.

Mark concluded “While this may be a small selection of wines, they are a sign of things to come. Chateau Changyu has led the way in bringing in expertise from the Old and New World wine makers and is creating some top-class wines. However, there will be other winemakers hot on their heels and we expect to taste wines of great quality from more Chinese producers. Amongst the so-called ‘new New World’ wine regions, China is definitely in the ascendant.”

One Response to “Chinese Wine Comes of Age”